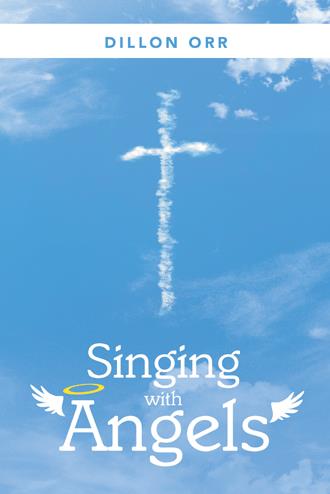 He pointed the pistol to the ceiling and fired it. The gunshot was loud and when Katherine heard it, she ducked down to the floor. She crawled behind the old TV. Tears were rolling down her cheeks again, but this time it was from being terrified.

Kenny fired again at the same spot on the ceiling.

After the second gunshot, the front door was knocked down and a couple of police officers came running in. Two tackled Kenny, trying to disarm him. Katherine crawled and hid at the side of the couch. Then another two police officers took down Sarah. They put handcuffs on them and took them out of the house. She witnessed her parents being shoved into the police cars.

After a couple of seconds, the sheriff walked in.

“Come on out, sweetie.” The sheriff said in a calming voice. “Everything is alright now. You can come out. I won’t hurt you. I promise. I’m a police officer.”

Katherine slowly stood up with tears pouring out of her eyes. Her body was shaking uncontrollably. The sheriff ambled toward her and wrapped his arms around her.

He patted her on the back and said, “Everything is alright. You’re safe now. Do you have anywhere you can go? Somewhere safe? Someone that’ll take care of you?”

“Come with me, and I’ll take you there.”

Katherine went into her room and grabbed her Bible that was lying on the floor. When she walked out, she looked where her dad was shooting. Some pieces of the ceiling fell onto the floor, forming a cross. That night, she knew that God was watching over her.

John is your average teenager who is trying to find out what God wants him to do in life. His life was normal, until a girl from his school ran into his church during a sermon on a Sunday morning. Her name was Katherine Lee, and she was searching for Jesus. Can John help her find Christ, as she’s going through abuse from her parents? Will John ever find out what he’s suppose to do in life? Walk with both of these characters, as they go through abuse, mental breakdowns, love, and sickness.

Dillon Orr came from a small town in Mississippi called Bruce where he gratuated high school. With the gift Christ gave him, he decided to write fictional stories to not only entertain others, but also to let them know that they are not alone in their struggles.