Be Free Or Not Be Free 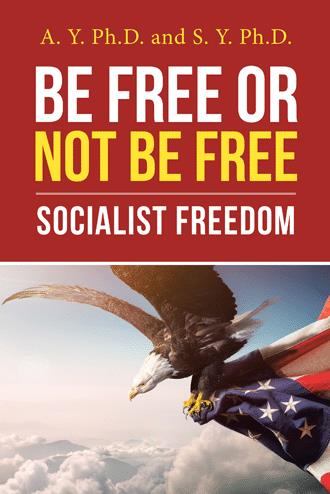 Sen. Bernie Sanders and the socialists successfully convinced millions of Americans that America could not accept the fact and cannot be the country that the 1/10 of 1% of the top rich owned as much wealth as the bottom 90%. This fact is strong enough to persuade Americans that there is a real economic inequality and that the rich Americans are greedy and are not willing to share their wealth to the poor.

So Americans need to create a new culture or to be exact a socialist culture with social ownership and big government where wealth and social benefits are going to be equally distributed to the people. Unfortunately, this socialist culture is always short-lived, disastrous and it has never been sustainable in the socialist countries and the former ones in more than one-century of the socialist existence.

Americans would soon re-realize that thanking to the Christian teachings, practices and influences, American culture and Western cultures that have been strongly influenced by Christianity, offer better cultures of economic opportunities, wealth distribution, benevolences, social welfares, appreciation of human values, respect of human rights, and exercise of freedoms than any socialist nations could do.

Americans would soon realize that the rich in the capitalist country like America make million lives in America and around the world to be stable, rich, equal and comfortable while in socialist countries, small groups of socialist leaders control and corrupt the wealth of the nation. The socialist leaders are filthy rich but leaving millions of people in unemployment, poverty, miseries and gloomy future.

At the current, American socialists did not tell Americans the truth that, “Socialism and its twin partner communism cannot be separated, and in fact socialism has its modern roots in the Communist Manifesto. It was there that Karl Marx and Friedrich Engels laid the blueprint for a type of socialism that called for total social change and class warfare” according to Michael E. Telzrow on New American.

American socialists did not tell Americans that the people in socialist countries and former socialist countries also received those nice and similar promises before. Unlike Americans, those people not only experienced those empty promises but they also experienced the painful truths of socialism and the oppressions of greedy and cruel socialists who promised glory and equality, but tragedies are the endings.

American socialists did not tell Americans that the persecution, oppressions and the losses of many freedoms were the main reasons why so many people were and are willing to run away from socialist countries. The escapes were not fun and easy but were risky and dangerous and the people must face with many horrible consequences and deadly situations but they risked their lives for freedom call.

The people long to take over the country as soon as possible because they now understand what is the meaning of real freedoms after so many years of being manipulated, indoctrinated, dreamed, deceived, oppressed and coerced. How long do the struggles of powers last? History showed that no socialist country could last more than a century. So, it still takes a few more decades for people to suffer then.

For the mean time, people and victims must find way to make an escape or they just wait for the time or they will continue to fight until they could obtain full freedom. Others may be still hesitate or wonder what to do while some people must make quick, fast and decisive decisions. You may find more stories from the escapes of people from socialist countries in our book “The 12 Commandments of Socialism.”

Linda and almost 400 people got into that destiny ship. Unlike thousands of boats that were small, unfit and unequipped for the open sea, her boat was a lot bigger and better and it was packed with people when it was supposed to carry about 100 people. The sailors led the boat quickly to the international sea after 10 hours. The people were relieved and were so happy to be free from the grips of the socialists.

They were safe they thought and they were hoping that they would soon land at a neighboring country that could welcome them before their transition to the third world or it would be better if the boat of a free nation could take them directly to the free world. Yet, they did not know that they were now entering the most dangerous areas with so many pirates and most cruel and dangerous ones: Thailand pirates.

Readers would discover that those promises of freedom are highly exalted and presented by the socialist leaders, yet in reality, people in socialist countries could hardly enjoy those freedoms but they would see and experience corruptions through social ownership, suppressions through big government, economic deprivations through wealth distributions, and inequalities through egalitarian society. They also see many distortions, evil, abuses of power and limited freedom

Be Free Or Not Be Free also discusses the attempts of many democrats, leftists and socialists in trying to deny the Christian faith, Christian contributions, Christian practices and Christian influences and how President Donald J. Trump and his Administration turns the situations around as they try to repeal the Johnson’s Amendment, remove taxpayers’ mondy from funding abortions by Planned Parenthood, and restore many Christian practices in public.

Dr. A. Y. was a former university professor who was called to preach the Gospels to the nations as a Healing Evangelist. He is an anointed speaker for revival, leadership and mission conferences. He is also the organizer and speaker of many crusades, leadership, missions and revival conference. He is the Founder and President of underground Seminary, Missions organization, and TV Ministry.

Dr. S. Y. is a university professor who is gifted with prophetic words. She is called to bring His healing and restoration to families and challenging precious women and families to develop a strong and daily family devotion. God uses her stories of persecutions to inspire many people towards faith, prayer life, holiness, missions and revival. She is known for her dedication and love to God and peoples’ inner beauty, fire and passion for God’s Kingdom.