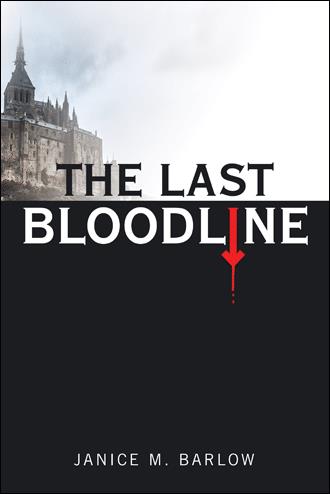 “I’ve been telling Maynard here about our plans, Uncle. Maybe you can convince him.” Albert Cannon, the young man speaking, was of dark complexion and stocky build. He sat at the kitchen table of a small house in Prescott, Arizona, not far from Courthouse Square. It was the home of his uncle, Frank Canon. To his left sat his friend, Maynard Jacobs. Maynard was tall and strong with fair features and nearly blond hair. Across the table sat Uncle Frank. Unlike Albert, he was slight of build with a closely cut, graying beard. But traces of his features were visible in his nephew’s face. He had an occasional limp caused by an injury from his days in the military.

Albert and Maynard had just arrived from Phoenix. The two friends were soon to graduate high school. Albert had spent the drive to Prescott trying to persuade Maynard to join him in an adventure—prospecting for gold in the nearby mountains.

Uncle Frank looked at Maynard. “Albert here has a mind to seek his fortune in gold. I told him he’d best have one or two extra hands with him. He’s offered you a place, has he?”

“Yes, sir,” said Maynard. Although his friend had often spoken of his uncle, Maynard had not met him before today. Already finding him a likeable sort, he continued, “Al tells me you know a place to prospect?”

“Yep,” replied Uncle Frank. “Was there as a boy with my pop and my brother—Albert’s pop.”

“Did you live in Prescott then?” asked Maynard.

“Grew up here. Lived here till I joined the Navy. Been back a few years now.”

“Where did you prospect? Was it close by?” asked Maynard.

“Shorter drive than you boys just made,” said Uncle Frank, stepping into his living room as he spoke. There he opened the top drawer of a small desk. “But off-road, so slow going.” From the drawer he took a map of Arizona, creased and worn with age. He partially unfolded it, then returned to the table and laid it before the boys. The region visible was the vicinity of Prescott and a bit south, toward Wickenburg. “It’s just here southwest ’a town.” Maynard looked closer to where he was pointing.

“Weaver Mountains. You were there?” asked Maynard.

“Yep, cabin’s near base ’a mountain.”

“Took my truck back to the very spot,” said Uncle Frank. “Found the cabin we used with Pop. She’s still standin’ but needs a bit ’a work. Next time I go, I’ll take tools and get her fixed up. I’m handy with a hammer when my knee doesn’t keep me down.”

“I told him about your gold, Uncle. Can you show him?”

“We took this away when I was a boy,” said Uncle Frank, turning again to the desk drawer to retrieve a wooden box that he sat on the table. Raising the lid, he took out a small glass vial and handed it to Maynard, who held the vial up to the light and peered closely at its contents. The vial contained a quantity of small faintly colored gold grains, along with two flakes of a stronger color.

“This is gold?” asked Maynard. “The small grains look sort of white.”

“It’s gold all right,” said Uncle Frank, taking something else from the box and handing it to Maynard. “How’s that for a nugget? Near an ounce. That’s more like what you expected gold to look like, huh? Feel how dense it is. Drop it in your palm.”

“It’s beautiful,” said Maynard, dropping the nugget into his open palm, where it landed with a thud. “And you’re right—it is dense.” Uncle Frank handed him a smaller piece of gold, this one more a flake than a nugget.

“You found all this with your father?” asked Maynard.

“This and more. Pop gave m’ brother and I a bit. Sold the rest. Except the biggest nugget. That’s this one. Pop said we’d keep it for a rainy day.”

Maynard looked into the box, empty now except for brass tweezers and a small leather pouch. “And you think there’s more gold out there? And we have a chance to find it?”

“Always been gold there,” said Uncle Frank. “Sight of the biggest strike in Arizona. Civil War days. ’Bout the time Preskit started. Now, finding the gold—that’ll take a strong back an’ determination.”

“Uncle says he can teach us,” put in Albert. “You took this gold from the stream right, Uncle?”

“What you say, friend?” said Albert, looking at Maynard. “More fun than a job sweeping floors, huh? Living in a cabin, working when we want, and maybe getting rich for our trouble. What more could we want?”

“It sure sounds good. How much do you think we could make?” said Maynard.

“Won’t get rich panning,” said Uncle Frank. “Keep yourself in camp supplies. May turn a small profit. Do even better if you turn up big nuggets. But real fortune—that’s in the mountain. Veins. Mother lode. That’s why there’s gold in the stream—came from the mountain.”

“That’ll be our goal,” said Albert.

“But how do we find the mother lode?” asked Maynard.

“Have to know what to look for,” said Uncle Frank. “I know a few things. Like sometimes you find gold together with quartz. If you find quartz, you may find gold. And you’ll need a bit ’a luck on your side.”

“But if we find it—” Albert started and then paused.

Uncle Frank finished for him, “If you find it—you’ll be richer than any of us poor boys ever dreamed. And you can forget about sweeping floors and do whatever you want for the rest of your life.”

Beatrix Conoway, a little girl living in the fourteenth century, has her fate sealed by the blood flowing within her veins. Little does she know that her blood will also determine the fate of the entire world many centuries later when an event occurs that is even more horrific than the one she lives through.

Janice M. Barlow is a retired financial advisor who has always enjoyed writing. She has authored two true crime books and a short fiction work about her beloved greyhound, Daisy. Janice also writes and performs Christian music at her church. She lives in North Carolina with her husband, Bob and their two greyhounds. They have two grown sons and two grandchildren.