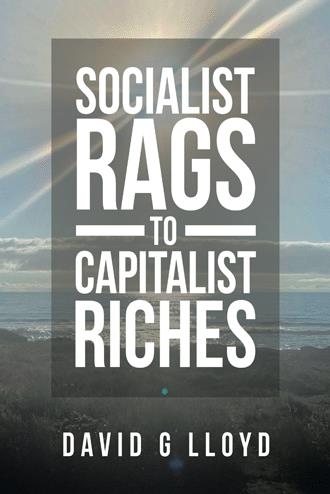 Of all the titles I’ve been privileged to have, “Dad” has always been the best.

My father, John Henry Lloyd was born in 1916 right in the middle of World War I. He was the eldest of six siblings. The family lived in the northwestern town of Warrington in Cheshire. Poverty was a problem for many in Great Britain in the early half of the twentieth century and the devastating world wars made things even more difficult for both the country and people.

When Jack came of age, he married my mother, Charlotte. I was the youngest of three children. Jack tried to teach us to be virtuous and respectful of the teachings of the Holy Bible. Our family spent much time in church especially since my dad was a lay preacher. It has been said before that the preacher’s kids can sometimes be the hardest to teach. Jack managed to get his message across to us kids, but it was not always a smooth process.

I am grateful that my father taught me to know myself, to work hard, to care for those who looked to me for support, and to recognize the often hidden dangers of false doctrines and rhetoric that negatively impact our culture in the name of progress. As we listened to the speeches of certain politicians advocating passionately for socialistic ideologies when I was a boy, even though there were many in our town struggling to provide for their families, my dad used to comment about their socialistic goals. “My, my, what a load of complete and utter nonsense!” My first reaction to my strong-minded father’s opinion, since I was a youngster who thought he knew more than his old man, was laughter and skepticism at his words. However, after years spent living in England’s socialistic north, I realized the accuracy of my father’s observations.

Jack grew up in England during two world wars. The nation was greatly impacted by both of them. He served in World War II and was stationed in India. He knew well what poverty looked like. As a young boy, he and his younger brother Joe wagged school (for those of you who do not know English speak, that means they played hooky as often as possible). Of course, they were caught but education was not a top priority or even an important part of life.

Jack had a strength of character and strong convictions that stemmed from his firm foundation of faith. He was a natural leader since he was the eldest of six children.

My father was a man who avidly devoured the holy scriptures. It was a pleasure for many to talk about them with him and learn from his knowledge. He is well remembered for many delightful moments but certainly for his sharp expertise. Whenever you wanted to know where something was in the Bible, you only had to ask. He would answer, “Give me a moment.” Then he would tell you exactly where to find what you were searching. Even at ninety-two years old, he had no trouble remembering a scripture or even a phone number. And of course, he could talk forever about the implications of God’s truths and what they mean for us. He could out remember the lot of us! It was quite impressive!

He was a fair-minded man with a deep respect for the human experience. He was respectful of all people throughout the whole world. He was born in Warrington, known then as Lancashire in the United Kingdom. Warrington is now a part of Cheshire as a result of local government reforms. Jack served in World War II in the Royal Corp of Signals Brigade. His job was to repair wires to keep the crucial lines of communication open. He was stationed in France and India and spent four years away from our family. He remembered a large number of losses of life from battle and told us about the large numbers of corpses he saw while serving the country.

Once on a visit to the state of Georgia, while walking the grounds of Stone Mountain, we encountered the war memorial of the Confederate generals. On the ground was a memorial plaque stating that the monument was a reminder of “a revered way of life.” My dad commented that this was indeed a matter of opinion. Not everyone could possibly agree since there had been a civil war in the United States over the “way of life” problem.

Since I was raised in a strict Christian home, as a young man I sometimes questioned the value of being the child of a lay preacher. Dad preached at different churches throughout the north of England. My siblings and I were taught all the important rules and precepts of the Bible, which at the time I failed to fully appreciate. I was the proverbial son who thought he knew more than his old man. I have learned throughout the years that my parents were wiser than I wanted to acknowledge. But I became living proof for the directive that says to train a child in the way that he should go and when he is old, he will not depart from it.

My father’s background, his education, self-instruction, and his victimization by the wheels of the socialistic welfare state hindered this intelligent, self-motivated, and self-educated man. Jack had admirable and sometimes annoyingly strong values (at least they were annoying to me since I was also a mischievous boy), and he did not mind telling them to you one bit. Yet because he was born into poverty that prevented him from benefiting from a good educational foundation and from having a reasonable opportunity to make an impact on his generation, he became a victim of the socialistic ideology of his time. Poor education, welfare state provisions, and austerity measures for the country, in general, provided relatively few good opportunities for career development unless your family was wealthy. The social hierarchy was well in place by the time he began to pursue a living and to care for his family. Jack learned to make do with what he had along with just about everybody else in the northwest of Great Britain. Making do was the name of the game.

Socialist Rags to Capitalist Riches relates the events of David Lloyd’s childhood and youth in the United Kingdom through the dark days of economic and social problems caused by shifting forces in a battle for ultimate power.

His life story and his coming to America to pursue the riches of freedom should sound an alarming wake-up call. His insight and the intervention of almighty God in his life lead to solid truth for a world struggling to contend with its fragile humanity.

The American proponents of socialistic theories and extreme liberal ideologies are taking radical steps to drastically change the course of America in the name of progress.

Many in the United States are eager and willing to follow influential voices towards a false scenario. These liberal pied pipers will not disclose the dangerous, unaffordable, and unsustainable future for us and those who follow for years to come.

David Lloyd is an entrepreneur who has enjoyed the challenge of starting new business ventures and nurturing them into growing concerns. He has a keen interest in developing marketing objectives that generate interest and improve lifestyles on both sides of the Atlantic Ocean. David has traveled frequently to various countries throughout the world to observe and contribute to successful business strategies.

David became a lone conservative voice in an overwhelming sea of socialism during the years of England’s flailing labour governments.

Immigrating to the US shortly before the new millennium, he realized his lifelong dream. He tells the story of his childhood during the UK’s austerity government provision after World War II. He gives us firsthand experience of living through the frustrations of massive government interference in all areas of life.

David’s faith in God and courage make the sharing of his story pertinent to today’s troubled political, economic, and spiritual environment.