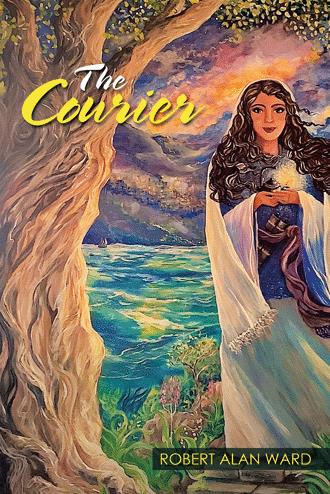 The Isis undulated easily from side to side as it cut through the dark waters. It was the perfect formula for sleep, but none was to be had for the young man who had stolen aboard the great ship the previous morning. Foul air below decks in the presence of hundreds of sleepers, among whom was a cacophony of snorers, did not help. But for him the problem went deeper. Most distressing was the awareness that there seemed no solution to his predicament. He had escaped the island, but could he escape himself? Regret ran deep in his soul.
He slid from his bunk and groped for the stairway, using the dim light from the open hatch to guide him through the narrow corridor between slumbering bodies. As he ascended the stairway, fresh salt air afforded a welcome contrast to the stench below.
Once upon the deck he turned full circle, scanning the horizon. No hint of dawn yet appeared as he came to starboard. He gazed upward at myriad stars, visibly brighter and more numerous above the desolate sea in the new moon sky. He observed the helmsman above and before him, steering the Isis northward, guided by lights from the city of Syracuse on the east coast of Magna Graecia. It was still some thirty miles distant by his reckoning. He made his way toward the bow, where he could be alone with his unsettled thoughts.
Abruptly he halted some fifteen paces short. There before him, silhouetted against the distant city lights, was a familiar figure. A scene near the summit of Scopulus Altus flashed through his mind. In revulsion he drew backward, then turned and fled for the stern. He stopped only when there was no remaining distance he could put between himself and the figure at the bow. He found a bench. His body quivering, his heart pounding, he sat down. Fear was another emotion he had little known until recent months.
As he gradually calmed, a startling realization descended upon him. At the previous encounter he had been excited at the prospect of killing the man at the bow. Now he felt no such desire. Why is that? He is my mortal enemy. Is it because I don’t want to see again what I saw at Scopulus Altus? Is it something else?
His mind returned to a certain young woman. I saw how sick she was. How did she ever recover? Does she wonder about me? What will she tell the child in her womb about me? What will become of the child? Unpleasant, inescapable thoughts—these were his constant companions. Strong drink was the only remedy he knew, but none was to be had aboard the Isis. Strong drink would have to wait until after he reached port.
The first hint of dawn faintly colored the eastern sky. Like a vampire bat scurrying from the day, he rose from the bench and vanished again into the hold of the ship. What little sleep he had known the past few weeks had consisted mainly of ghastly nightmares. But maybe this time would be different. There was always that hope.

A hard kick in her womb jarred the young woman awake. She rose silently from her bed and hastily dressed. Upon filling an earthenware jar with water, she went out the front door, heading for her familiar spot, the same place she had encountered the God who had made her some four months before. Dawn was just creasing the eastern sky.
Ten minutes of navigating soggy trails and dewy grass brought her to the natural seat of the olive tree, her special place. She sucked in great quaffs of sea air in the damp mist before seating herself. The crashing waves below added comforting ambiance. Everything looked, sounded, felt, tasted, and smelled so much better from her still new perspective. How close to death and to endless torment came I, but God had mercy on me.
To her right the grays and lavenders of early dawn gradually gave way to orange hues, reflected in the scattered clouds above the sea. The stars faded from the sky except for the brightness of Venus, above and to the left of where she sat. She peered to her left, where scant evidence remained of the ship that had brought to Melitene the messenger of hope and had saved her life.
Another kick in her womb startled her. She wondered if she carried a boy or a girl. Either way she would be grateful. Yet still she wrestled with troubling thoughts. How am I to care for my child? I cannot live off my sister and her husband forever.
Her mind returned to the father of her child. Where is he? Is he still here on the island? Does he think about me? Does he know about the child within me? She had once supposed herself in love with him. But he had shown his true colors. How could I ever have loved such a man? As she pondered his arrogance and his actions, her heart grew angry. But then she remembered that she too had done much wrong.
She rose again to her feet, lifted her arms heavenward, and verbally cried out. “Lord Jesus, have mercy on him. May he find peace in his heart. May he come to know Your forgiveness, as have I. May he become the man You created him to be.
“I pray for the child within me. May my child come to know You and become mighty for Your kingdom. I ask Your provision for me and for my little one.
“I pray for my sister and for her husband. May You bless them for their kindness. Help my sister’s husband to be the pastor You would have him be. Keep him from sin and temptation. May my sister be to him the wife he so greatly needs.”
She sat down again, feeling strangely different. I was angry before. But having prayed, I now feel only compassion for the father of my child. Why is that?
She looked down to her right at the spindly olive tree, whose roots were still splitting the rock. Against all odds, it was leafing in the early spring. In a flash she grasped the answer to her prayer for provision. If this feeble olive tree can survive—if it can still split a rock and leaf, then so too can I. 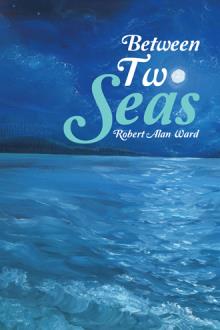 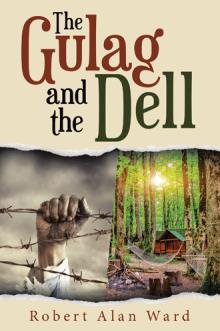 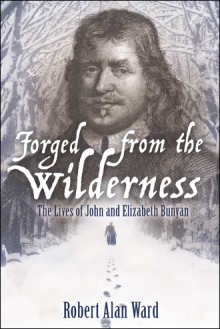 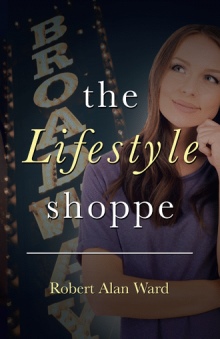 In the long-awaited sequel to “Between Two Seas,” “The Courier” takes up the story with the shadowy, cloaked figure sailing from the island of Melitene, leaving behind a path of misery and destruction. But though the young man has escaped the island, can he escape himself? Fifteen-year-old Eletia, pregnant and new to the faith, is wondering how she will raise her child alone, with the father nowhere to be found. Though the fledgling church on Melitene is thriving under the leadership of Publius and his wife Amoenitas, sinister forces are at work on the island, determined to destroy both freedom and the church. The centurion Julius, a follower of Christ, is charged with conveying Paul to Rome. He longs to leave the army and to settle down to married life. A certain young lady has caught his eye, but duty comes first. Inspired from the book of Acts and within the historical context of the first century church and its surrounding culture, “The Courier” spins a tale of rousing action, romance, intrigue, persecution, heartbreak, redemption, and triumph. How the first century followers of Christ dealt with their hardships informs how we who dwell in the twenty-first ought to live in our time, as we face the same age-old struggle between the kingdom of God and the kingdom of darkness.

Robert Alan Ward served in the United States Air Force from 1969-1972 before earning a B.S. in Christian Education from San Diego Christian College. A twenty-seven-year career with the United Parcel Service followed.

Now retired, he and his wife Gisela live in the White Mountains of Arizona, where he serves in his church as a home group leader and in the youth department. He and Gisela love to hike the many forested trails of the area. Together they have five children, fourteen grandchildren, and three great-grandchildren.

Robert writes from a decidedly biblical Christian worldview. His consuming passion is to communicate biblical truth in a spirit of love to a confused, frightened, angry world through compelling stories. His other published books include “The Lifestyle Shoppe,” “Forged from the Wilderness,” “Between Two Seas,” “Delivered” and “A Cry for Freedom” (assisting F.L.M. Khokhar), and “Through Fear and Trembling” (co-authored with David Ross). He has also thirteen published drama titles to his credit that are performed all over the English-speaking world.