THE JOURNEY OF BECOMING A PASTOR’S WIFE 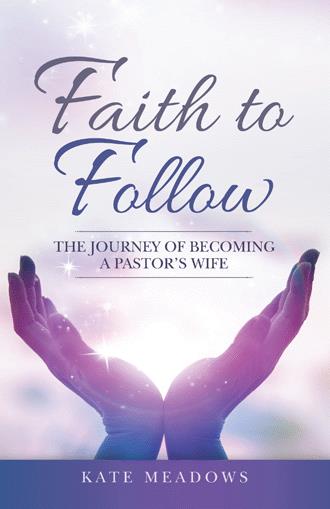 As my husband, Bryan, and I prepared to move to St. Louis where he would begin his theological studies at Concordia Seminary in the fall of 2015, I longed for a road map. Seminary had been in the back of his mind for years, but fear had always held him back. Was it not crazy to walk away from a steady job that financially took care of his family, which included two little boys? Wouldn’t the stigma of being a “PK” (pastor’s kid) reap negative results on our children’s own walks of faith? What if his family – kids and wife – came to resent church, because it was always competing for his time and attention?

But the desire to become a pastor persisted. At Le Fou Frog in Kansas City, where we were celebrating our seventh wedding anniversary, Bryan asked me what I thought about the possibility of him applying for seminary. We both knew, at least from a distant perspective, what seminary meant. It meant he would leave a steady job that kept our family comfortable financially. It meant not just one major move to seminary, but multiple moves down the road. The traditional path to becoming a pastor in our denomination, the Lutheran Church-Missouri Synod (LCMS), is a wild string of transitions. It consists of two years on a seminary campus in St. Louis, Missouri, or Fort Wayne, Indiana, followed by one year of pastoral internship (called vicarage) at an LCMS church anywhere in the country (as assigned by a placement director), and a final year back on campus . Once a student earns his Master of Divinity (M-Div) degree, he is eligible to receive his first call ; and again, it can be to any LCMS church in the country.

In our seven years of marriage, we had already moved five times and had lived in four states. Bryan and I were both tired of living in a “temporary” status wherever we were. Seminary would mean another four years of “temporary,” and then most likely starting over in yet another new place.

It also meant I would have to walk away from what was for me an ideal work-life balance. For four years I had wrestled mightily with how to live out my role as “mom” first and foremost, without completely shedding my identity as a working professional. How can we most fully live in the roles to which God calls us when He calls us to multiple roles? Constantly wrestling with that question was hard enough in Kansas City, where we were at least somewhat stable and had good friends and a solid church home. How would my roles change if we moved to St. Louis – a place where we knew no one – and then to who-knows-where? Furthermore, how would such a drastic life change in our family affect our boys, neither of whom were yet in Kindergarten?

At the restaurant, I stared at Bryan from across the table. I wasn’t ready to answer his question about seminary. I needed a moment. I stood up, said I had to use the restroom, and booked it across the restaurant to the door marked “FILLE.” There was a bright painting on the wall in the bathroom, and I remember staring hard at it, wanting to punch it for its simplicity and beauty.

Why? I asked in a huffed whisper, as I tapped my head against the wall.

It’s not that I didn’t want my husband to go to seminary. I would be his No. 1 cheerleader on his quest to become a pastor. I had recognized his heart for ministry long before he had. Many other people saw it, too. Every once in a while at a family gathering, his dad would lean over to me and whisper, “You know, I could see him becoming a pastor someday.” More than once my mom had asked me if I thought Bryan might ever be a pastor. People saw that warmth and drive in him, and his penchant to go deep with theological issues.

A big part of me wanted to say no to seminary. The thought of what we would have to give up as a family for Bryan to go back to school full time overwhelmed me. Money. Job. Move. Questions and questions and more questions.

But God is bigger than all of that. He was certainly bigger than me. I knew His timing was greater than my timing. Who was I to say “no” to God? If He had indeed put the calling on Bryan’s heart to become a pastor, I wasn’t about to get in the way.

I walked back out to our table and tried to smile. Yes, I said to my husband, we can do this.

I had no idea.

But I knew that if God was leading us, He would carry us through.

While her husband pursued a four-year Master of Divinity degree from Concordia Seminary in St. Louis, Kate Meadows wondered how she fit into the process of her husband becoming a pastor. In the Lutheran Church- Missouri Synod, only men can be ordained as pastors. The men who come to the seminary have a well paved road ahead of them. The women who come with those men don’t. As women, we ask ourselves, “Who am I in this process?” and “Where do I fit?”

Kate never envisioned herself as a pastor’s wife; in fact, she wasn’t sure she wanted to be one. Yet, if God was leading her husband into the ministry, who was she to say “No?”

And what was it about that term “pastor’s wife,” that made her uneasy, anyway? What did it even mean to be a pastor’s wife in the modern day?

At the seminary, Kate started talking to other women who had faithfully followed their husbands on the path to ministry. Through a series of more than fifty interviews, she learned that the journey of becoming a pastor’s wife is rich with questions, discovery, and joy.

Faith to Follow chronicles the woman’s experience of preparing to become a pastor’s wife. It also may be a springboard for dialogue within churches across America, about the importance of encouraging and cultivating future church leaders and raising up strong families in the Christian faith.

Kate Meadows is a pastor’s wife, mother of two, and writer/editor/writing workshop instructor in Rapid City, SD. Her husband, Bryan Meadows, graduated from Concordia Seminary in 2019 and serves as Associate Pastor at Zion Lutheran Church in Rapid City. Kate earned her MFA in Professional Writing from Western Connecticut State University in 2010. Since then she has published a collection of essays, Tough Love: A Wyoming Childhood, and numerous articles and essays in national, regional and local publications. A native of Wyoming, she was raised in the LCMS church. www.katemeadows.com