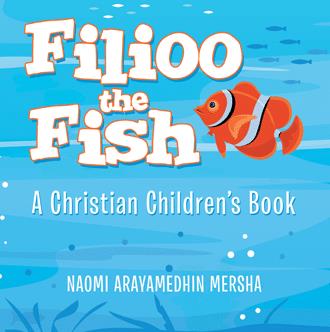 The blue ocean was quiet and peaceful until a little fish named Filioo started swimming up and down the ocean.

Filioo starts singing and moving his fins happily. “It is a happy morning! La la la la la la la!!!” He sings. Filioo repeats his song until he notices something stirring the ocean so badly. Filioo feels something very big coming behind him.

Filioo gets scared and swim as fast as he can and hide under the rock until this big creature passes. The big creature was a big dolphin. The big dolphin flaps his wings so mightily that it creates big currents in the ocean.

For Filioo’s surprise; the big dolphin shoots itself high in the air and dive back into the ocean. Filioo opens his mouth in amazement. He said to himself I want to be like this dolphin. However; Filioo looks at his small fins and notice that his fins are not as big as the mighty dolphin’s wings. 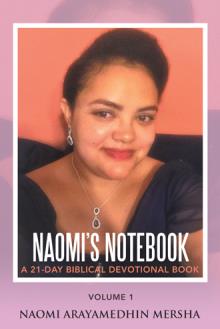 This book teaches children to accept themselves as God created them. It teaches them to appreciate their uniqueness. In addition, the book helps children to understand that God has a purpose for each and every one including the little children as they read how Filioo, the little fish, gets his purpose in his life.

Naomi Arayamedhin Mersha is a devoted Christian women who loves the LORD God very much. Naomi has a passion to help little children to understand about God and His word; the Bible. Naomi lives with her 3-year old daughter Mesgana in Maryland.

Naomi Mersha has a plan to write many more children Christian books similar to this one to help children to come closer to God and to know His purpose in their lives.