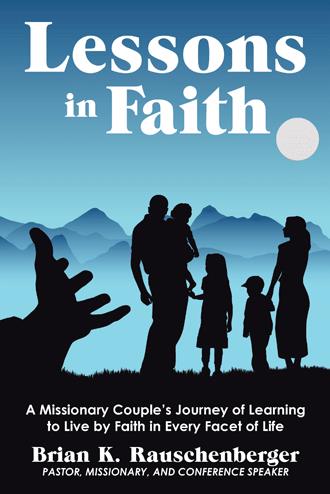 These all had faith in God to see victorious deeds done through them by God.

I cried out loudly to God, “Lord, I believe! Help me through any unbelief!”

Then, as I continued to read on, I felt the presence of God and knew He was speaking to me through His Word in an unusual way.

“Women received back their dead, raised to life again. There were others who were tortured, refusing to be released so that they might gain an even better resurrection. Some faced jeers and flogging, and even chains and imprisonment. They were put to death by stoning; they were sawed in two; they were killed by the sword. They went about in sheepskins and goatskins, destitute, persecuted and mistreated— the world was not worthy of them. They wandered in deserts and mountains, living in caves and in holes in the ground. These were all commended for their faith, yet none of them received what had been promised,” Hebrews 11: 36-39

What! I could not believe what I was reading! Why had I not notice this before? What I am reading here is not victorious faith! These people were tortured, poverty-stricken, sick, and some even killed! And yet they all have “gained approval through their faith”!?

The Lord spoke gently to me, “Brian, sometimes I chose to allow my children to go through rough, trying, persecuting and difficult times and do not deliver them from it. Instead, I give them a faith to endure.” I heard Him then ask me, “Brian, are you willing to bear anything, go through any hardship if I allow it in your life to bring me glory? It may be difficult, but I will give you the faith you need to endure.”

Go on a historical journey in the ministry of Brian & Jamie Rauschenberger, Gold Star Parents, and missionaries to Haiti and the world. Learn along with them as God teaches them about Faith. How faith in God can bring victory in times of spiritual and ministry need and how it can sustain us in times of trouble and grief.

You will be encouraged as you come to understand that Faith in God is all we need in any facet of life.

Pastor Brian Rauschenberger and his wife, Jamie, live near Jackson, Kentucky, where they serve as pastor of Mount Carmel Community Church and Assistant Administrator of Mount Carmel School. Mount Carmel School is a kindergarten through twelfth-grade school with a purpose of teaching academic excellence, spiritual transformation, and discipline with a Christian Worldview to children in Eastern Kentucky, along with boarding students from around the world. They have served as missionaries to the people of Haiti for over twenty years.

Brian and Jamie regularly share in mission and ministry conferences and church revivals. Brian has visited sixteen countries and territories around the globe and has had the privilege of preaching in most of them. Brian is heard weekly on several radio stations in Haiti, through his radio program Faith in Focus International, and on his YouTube channel Haitian Hearts for Holiness, where he continues his preaching and teaching ministry to the Haitian people in their Creole language.

If you are interested in Pastor Brian speaking at one of your upcoming events, holding a revival for your church, or knowing more about Mount Carmel School, please feel free to contact him via email at pastorbrian@faithnfocus.org.