Our Journey from Brokenness to Blessing 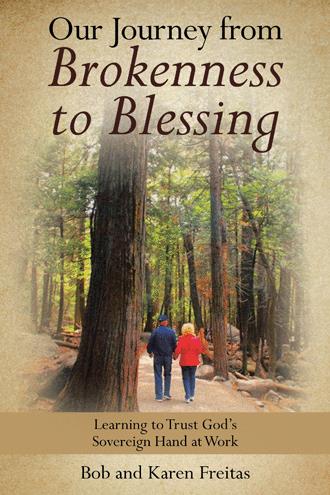 Even in the midst of all the joyful times and events, Rob started to show more signs of heart failure and shortness of breath, which concerned the doctors. Though we rejoiced over how Rob had stayed alive longer than most medical professionals believed he would, one doctor insisted on dampening our spirits and our hope. Rob’s cardiologist in Waterloo evaluated Rob, looked over his tests, and gave him just a year to live. “Just make him as comfortable as possible,” he told us.
Even though he gave up on Rob’s case, we would not, so we called Dr. Santucci at Rush Medical Center in Chicago for a second opinion. The team at Rush had recently developed a new procedure that we learned could save Rob’s life. Dr. Monson and the Rush Medical Center team had developed a bypass with a pig value to go around a pulmonary stenosis, when the pulmonic valve is too narrow for all the blood to flow through and so the heart enlarges. The weak side of his heart was overworked enlarging the heart. They were willing to perform the bypass on Rob.
In June 1980, when Rob was nine, we traveled from Waterloo, Iowa, to Chicago to stay with Karen’s parents during the surgery and recovery. Rob’s heart was very enlarged and had serious rhythm problems, as well as tachycardia, a rapid heartrate of one hundred and thirty or more beats per minute instead of a normal sixty.. We hoped and prayed this surgery would resolve Rob’s heart problem so he could live a long healthy life.

Karen:
When the orderlies came to take Rob, we embraced and kissed him and told him how we loved him. We tried to hold back the tears but I could not.
“I love you too,” he said. “Mommy, don’t cry. If I don’t make it, I will run so fast down those streets of gold that nobody can stop me to be hugged by my Lord Jesus.” Rob longed to run like other kids, but was limited by his heart condition. He was brave and did not flinch at shots and blood gas tests. We knew he was scared but he showed no fear of dying. As we followed him down to the hallway, I held his hand and kissed him again before the orderlies took him to surgery just before 8 a.m.
Over and over in my mind I heard his words, If I don’t make it, I will be with Jesus. I could not bear that thought and cried out to God, “Please, Lord, give us more time with Rob. Please spare his life!”
It took two long hours to get Rob prepped and hooked up the heart-lung machine, and I was relieved when we got a call about 10 a.m. that the surgery had begun. But then hour after hour went by with only silence. We had to trust and wait on the Lord. Rob was in God’s hands. The waiting room attendant advised us to get a bite to eat since it would be awhile before we would hear more. She would keep us informed of any updates.
I felt better being alone with God, pouring out my heart and fears to him.
After a long afternoon, at around 3 p.m., we got the call that the surgeon had put in the bypass with a pig valve and was closing Rob’s chest. At about 5 p.m. Dr. Monson entered the waiting room with a calm look and reported that Rob did well and was now in recovery. Relief!
By 6 p.m. we were finally allowed to go to cardiac ICU to see our son. What a sight! We thought we were prepared to see him after we’d experienced what he looked like after his first surgery, but this was a shock. He had four drainage tubes draining blood into two large bags with four sections each, IVs for blood and fluid, heart monitor electrodes, blood-pressure cuff, and a ventilator to help him breathe. This time they had opened his chest around his ribcage, under his arm and around his back, unlike his first surgery, which went straight down the front.
But again, we praised God that he survived. We sat and watched him for about two hours until around 8 p.m. when the doctor came into Rob’s room and encouraged us to go home and get some rest.
We needed the sleep so we headed back to my parents’ house for the night.
At 2 a.m. a call from the cardiac ICU awakened us. Rob was bleeding internally, and they had to rush him into emergency surgery. They told us not to come to the hospital until after 9 a.m., when regular visiting hours began, since there would be nothing we could do. We felt badly that we did not stay at the hospital that night. There was no way any of us could go back to sleep after that call, so my parents, Bob, and I had a prayer meeting and claimed the promises of God. As we read the Bible and cried to God, we came to Psalm 30:5: “Weeping may endure for a night, but joy cometh in the morning” (KJV).
“Lord,” we prayed, “You know our tears and we cry to You to spare Rob’s life so we can rejoice in the morning.” As we continued to pray, peace and hope returned to our hearts. We knew we could trust God. That morning we hurried to Rob’s ICU room and were astounded to see Rob sitting up, propped around with pillows, with all his tubes, and talking with the nurses. As soon as he saw us, he smiled! The surgeons had cauterized the bleeding blood vessels on the exterior of his heart. God answered gloriously, and Rob survived another crisis.
Rob improved and we had some good years together. But doctors still could not predict his life expectancy. He excelled at school, made many friends, and enjoyed life. But we wondered how many more years we would have together.

God allows brokenness. We learned that God is good and gracious but we live in a broken world. This story deals with a broken home, a broken body and a broken heart. Jesus the Man of Sorrows knew the greatest suffering and loss. Out of all our trials our knowledge and love of God grew deeper. He brought healing and blessing. He never forsakes us but is in fact “near to the brokenhearted.” His grace is amazing and sufficient. We learned we had to be steadfast in our faith through it all. Faith means being faithful in all of our trials because God is in control and has a sovereign plan for each of us. Suffering here is temporary but heaven is forever glorious. There is hope, healing and blessing for the broken.