The Bible and Beyond

A Connection to Related Media 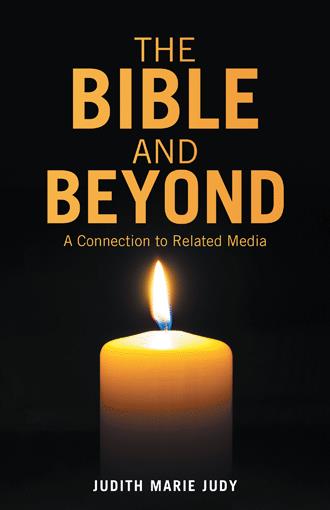 Pre-modern Jews and Christians, without question, accepted Moses as author of the Torah, the first five books of the Hebrew Bible. The Greek name for Torah is Pentateuch, generally found in academic accounts whereas Torah (The Law or Teachings of Moses) designates a more religious nature. Into the twentieth century CE, there is disagreement over the authorship of the Torah. Some feel God gave all the words to Moses who then recorded them; others look at the final form of the Torah taking place later than the time of Moses.

The Renaissance (fourteenth into the seventeenth century CE), brought an interest in ancient texts resulting in a renewed study of the Hebrew Bible. Scholars, through the seventeenth and eighteenth centuries, identified distinct writing patterns in the Torah. Following is a brief description of the findings.

German scholars were the first to write of the various sources of the Hebrew Bible; in the German language YHWH begins with J. The writings attributed to this author, from the Southern Kingdom of Judah, tell of the development of humankind and of people with the belief of one personal God. It is thought that the Yahwist wrote during the time of King Solomon (968-928 BCE), though it could have been more than a century later.

Elohim is a general term for God, sometimes shown as El. The Elohist author, a priest, was from the Northern Kingdom of Israel. The Elohist writings are only found within the Yahwist writings. The priest left the north after that kingdom fell to Assyria (721 BCE) and settled in the Southern Kingdom. He took his writings with him and they were then incorporated into the Yahwist narratives noted as JE.

The source of the book of Deuteronomy is not combined with other writings, though there are repetitions of earlier narratives. Deuteronomy is different from the first four books of the Torah in that no other source is identified within the writing. Deuteronomy includes Moses’ last days and his advice to the Hebrews for entering the Promised Land. Apparently, Levites who left the Northern Kingdom for the Southern Kingdom preserved the material and compiled it into a book. Scholars generally agree that the book found in the Temple in 622 BCE (2 Kings 22) is the central part of Deuteronomy.

Priestly Source 500-400s BCE (P) from the writings of priests

During the Babylonian exile (587-539 BCE) and extending through the return of the Israelites to Judah, priests recorded religious traditions and practices so they would not be lost. In the absence of a Temple, the efforts of the priests maintained and reinforced the Israelites faith during their bondage in Babylonia.

Some scholars assume an editor or a group of editors, called redactors, combined the various sources mentioned into the Torah. The lengthy process was completed in stages, most likely during the Babylonia exile (586-538 BCE). Other scholars feel there was little editing to the final Torah and use the word compiler for the process instead of redactor.

Marc ZVI Brettler, in his introduction to The Jewish Study Bible, presents the view that reading the Bible as it was written before concern regarding authorship, brings a clarity to the meaning of the messages that prevailed for thousands of years. Brettler also suggested that, perhaps, concentrating on individual sources leads to a lack of appreciation for the very reason the Bible came to be. As with all things, thoughts differ.

Canonization, the designation of biblical material as Inspired (Scripture), covered many years. At the time Hebrew writings were noted as central to the Jewish faith, the term canon had not come into use regarding the Bible. Many scholars feel it was after the Israelites return from Babylonia and Ezra’s help in restoring the faith (458 BCE), when the Torah (Law) was looked on as Scripture.

The section of the Hebrew Bible, Nevi’im (Prophets), deals with the final days of Moses then moves on through reclaiming the Promised Land of Canaan. That was a time when prophets and kings were influential. Prophets extended into the Babylonia exile and beyond; their spoken proclamations eventually became written words. The long-complicated history was recorded by more than one author and reflected various stages and interests. Once written, the complex compositions were edited and expanded. The Nevi’im was considered Scripture before 300 BCE.

A variety of material from diverse time periods is found in the Kethuvim (Writings), the last section of the Hebrew Bible. There is no central theme or idea portrayed in these writings covering Israel’s past, prayers, wisdom literature, and apocalyptic prophecy. The Kethuvim is significant for understanding the Hebrew Bible as a whole while providing insight into the development of Jewish thought after the rebuilding of Jerusalem and into the beginning of Roman persecution (515-63 BCE). These writings came together and were considered Scripture by 70 CE.

This easy-to-read biblical reference highlights times before, during, and after God’s revelations became written words. Key topics include ancient civilizations, Hebrew Bible, Jewish revolts against Rome, Roman world of Jesus, New Testament, and related interests beyond the Bible. The book concludes with a brief review of current countries linked to the Holy Land. Glossaries, timelines, maps, and an index assist the reader. The author’s intent is to unravel the somewhat bewildering and overwhelming information of the Bible. “The Bible and Beyond: A Connection to Related Media is a guide for understanding the Bible that simply cannot get enough praise. Author Judith Marie Judy is not a preacher or ideologist of a specific way to interpret the Bible. [The book] is an excellent reference that isn’t aimed at scholars but at everyone who wants a deeper connection and understanding of the Bible.” — The Moving Words LLC, Santa Maria, CA 93455 http://themovingwords.com/category/the-moving-words-review “Judith Marie Judy presents a sourcebook of the history, geography, and politics that surrounded and influenced Judaism and Christianity through their development over three millennia. . . . Judy’s breezy, conversation style carries readers effortlessly through the book. . . . Her personal reflections opening each chapter help give flesh to all the history and theology she’s researched, providing a tenderness that runs through this book that makes it different from other resource books. . . . Judy’s book has much heart.” — BlueInk Review

Thoughts of God have been with me since a very young age. As a child, I remember feeling comforted while sitting beside my father during church services. My life progressed and at the age of thirty-five, I graduated Summa Cum Laude from Metropolitan State College in Denver and became a reading teacher. Written words have long been my guide to other times and places. Studies at the University of Colorado led to advanced degrees. Following retirement from Denver Public Schools, I taught at Denver Community College and the University of New Mexico in Taos. Over the years, I developed and taught courses focusing on Southwest Culture for Adams State College, which took me to Taos in the summers. Then, while living there, I self-published an eleven generational biographical account of a local family: Life on Torrez Road A Northern New Mexico Family History. Later, I compiled and printed Family Recipes Mirrored in History for my family. Volunteer work included helping a beginning library and years as a church treasurer. Finally, I dedicated my time to write about the Word of God. With gratitude, I acknowledge the Divine Source and the power and love which has sustained me—always. Judith Marie Judy