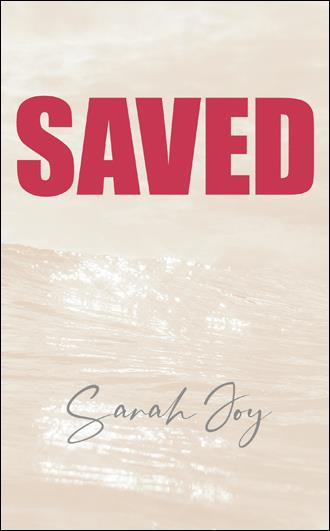 I am a child of divorce—a particularly nasty divorce.

I was three years old when my mother and father parted ways, too young to understand the situation, but in a strange way, I’d like to think that what happened between my parents made me the woman I am today.

After the divorce, my parents barely spoke to one another. My mom recovered first, within a year, remarrying an old high school friend and, two years later, giving my younger brother John and I a half-sister, Anna. For the next ten years John and I visited our biological father every other weekend until my mother and stepfather, against his fervent wishes, decided to move us to the other side of the country.

I was fifteen years old when we moved, in the middle of my sophomore year of high school. We lived in Flint, Michigan—the town later made famous (or infamous) by filmmaker Michael Moore.

I loved living in Flint. I was happy and well-adjusted, and enjoyed hanging out with my family and friends. The only thing I didn’t like was the cold—and neither did my mother. The previous winter she had slipped on some ice and hurt her back. My mother declared that she was done with winter, and that she intended to move our family to a more “civilized” climate.

After much discussion, she and my stepfather settled on Phoenix, Arizona. We were moving from a harsh winter to the Valley of the Sun. Who could say no to that?

Well, my biological father, for one.

He didn’t want us to leave. He was furious with my mother (and also with me and John for wanting to go), and went so far as to take her to court. He lost.

My father was heartbroken, as were his parents—my grandparents. My father worked nights at the General Motors plant in Flint, so on the weekend’s John and I stayed with him, it was our grandparents who watched us.

John and I loved spending time with Grandma and Grandpa. They lived in a charming home on a lake, and we never lacked for things to do. My grandfather was larger than life—he spoke in a thick Polish accent (his parents arrived in the United States from Poland via Ellis Island), wore a bushy grey moustache on his face, and smoked stinky cigars. He owned a gas station and auto repair shop in one of the poorest areas of Flint. As children, Grandpa let John and I fill up the gas tanks, and sell soda and candy to the kids in the neighborhood.

My grandparents were blessed with three children, nine grandchildren and, ultimately, seventeen great-grandchildren, but they had a magical way of making each of us feel like we were their favorite. Leaving them was difficult, yet it wasn’t until the day we said goodbye that I began to get emotional about the move, and wondered if we were making a mistake.

A few days before we left, my friends threw me a surprise going-away party. As I danced, I noticed several of them crying. This rattled me; I had been so excited about my new adventure that I hadn’t allowed myself to think about what—or, more importantly, who—I was leaving behind.

I began to cry myself, and once the tears started flowing, they wouldn’t stop. What was supposed to be a joyous send-off turned into one of the most depressing nights of my life. I had grown up with these friends. We had sleepovers and birthday parties. We talked on the phone for hours, went to our high school football games, built homecoming floats, and played in the snow at Christmastime. We watched movies, popped popcorn, and made homemade pizza. In the summer, everyone gathered at my house to swim.

Ours was a close-knit neighborhood. On Halloween we went trick-or-treating, and when we returned home the neighbors fed us hot apple cider and doughnuts. Across the street from my house was a huge corn field; my friends and I played tag and hide-and-seek in that field for hours.

It was these things—the pizza and popcorn parties, the chilly Halloween evenings, the corn field, and the camaraderie—that I realized I would miss the most.

Still reeling from a neighborhood tragedy, Sarah, a happily married devoted mother of three, innocently confides in an acquaintance who calls herself a “spirit guide.” That encounter brought terror and chaos into her life.

In Saved, Sarah tells her story of being demonically indwelt for almost eight hours, a unique and terrifying form of suffering and torment. She chronicles how she was saved from her sins and the clutches of Satan, and she shares her healing journey through the unconditional love, grace, and mercy of the Lord, Jesus Christ.

This memoir isn’t just a story about being temporarily controlled by a demon, but of restoration. It isn’t just a story of Jesus’ supernatural abilities, but of a repentant heart that followed. Sarah communicates the message that knowing God is a lifelong process. Saved offers testimony that Satan is real, and that an intimate relationship with God creates a life of love, joy, peace and miracles.

Sarah and her husband, Jack, are hiking, biking, photographing and traversing the United States, enjoying their retirement and God’s magnificent creation with the newest member of their family “Pearl,” a 25 foot motorhome. They have three, amazing grown children, friends and family who are spread out across America giving them plenty of excuses to hit the road all the while Glorifying God . . . . the one who makes it all possible.