Accepting Your Call and Meeting the Conditions 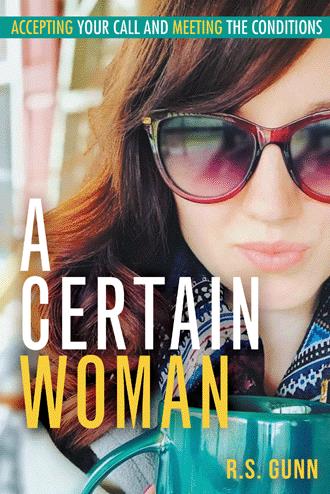 The Woman at the Well

As I said at the end of the last chapter, my God has no limitations. Yet we as a people are constantly limiting Him. We always have. Don’t take that personally; it’s a recurring issue throughout the Bible. It didn’t start with you or me. It started when people started. It’s a people thing.

I would like to draw your attention to my next certain woman. A thirsty Samaritan who had had an interesting and, presumably, rough life. As before, I encourage you to look into the story for yourself; see what you get from it. Here is my take:

It was hot. She had been up since dawn, doing what she did. It was time for a break. She walked over to her water jar to pour a cup and found it was empty. She sighed and for a moment thought about skipping the water and going back to work.

I imagine no one really enjoyed the necessary trips to the well; water is heavy.

After the slight pause, she shook her head and picked up her water jar. It wasn’t worth it to complain over a necessary task. Slinging the rough rope handle over her shoulder, she stepped outside the city gates into the full heat of the noon sun and immediately regretted her decision to get out of bed that day.

I may be projecting, but it’s hard not to see myself in these women.

Anyway, she is making her way to the water when she pauses again. Her heart beats a little bit faster. There is a man resting by the well. She doesn’t want to deal with this today, or any day for that matter. Men scare her. He doesn’t look familiar, obviously a Jew, He should leave her alone. So, she takes a deep breath, calms her nerves, and carefully approaches the well. She keeps her head down, trying to not draw any attention to herself.

Then, her worst fears come true: He speaks to her. Her adrenaline spikes. She thinks about running away, her heart is thundering, and her hands are shaking. Instinct is fighting with her ability to reason. It takes her a moment to process what He said.

His words echo in her head. Her fear shifts to confusion. “I am a Samaritan,” she says.

Jesus just looks at her with compassion in His eyes. He says nothing.

“You are a Jew,” she presses further. How does this man not know that this interaction is inappropriate?

“I am a woman …” She can hear the absurdity of it all in her head. She has never had to announce her gender before; for most people, it is very obvious.

Jesus studies the woman for a moment, giving her ample time to continue the conversation she is having inside her head.

If you had only known and had recognized God’s gift and Who this is that is saying to you, Give Me a drink, you would have asked Him instead and He would have given you Living Water. (John 4:10 AMP)

“You don’t even have a bucket,” she said with a chuckle. “How would You get the water? Are You greater than Jacob, who dug this well?”

He was, but she didn’t know that. She still didn’t know who she was talking to. This short conversation and the comedic relief had managed to calm her nerves.

She stared at Him in disbelief. “All right, can I have this magic water?” she asked sarcastically. “I hate coming down here every day.”

Jesus knew she didn’t get what He was saying, so, time to Son of God this woman.

“I have no husband.” Her heart started to race again, and the calm feeling disappeared. What was this guy’s angle?

What He said next came out in a tone that reminded her of her father, a sympathy perfectly relayed in His voice.

She felt sick to her stomach. How did He know? This man didn’t know her, He didn’t live in the same town, and as far as she was concerned, there was no way He could know her story, who she was, what she had done to survive. The adrenaline surged again. She didn’t know whether to throw up or cry.

“You are a prophet?” she whispered, trying to compose herself. She went on for a minute, talking about how her forefathers worshiped on the mountains and how she had always meant to make her way to Jerusalem. Jesus wasn’t interested.

That’s how the next verse starts, and I love that He called her that. He gave her power in that word. In the beginning, her gender was a source of fear, I am a woman, but now He says it with a defining strength. It’s a serious contrast to the way she viewed herself. I digress.

Women of God are searching for direction and advice. Now they can meet that need and go beyond, discovering a clear mission statement to turn to in their lives.

A Certain Woman presents a work of inspirational narrative nonfiction featuring unnamed or little recognized women in the Bible and pulling from the defining moments of author R. S. Gunn’s real life. It shows that God uses all His children for His glory, from Mary, the virgin mother of Jesus, to Rahab, Jesus’s great-grandmother several generations removed, who spent her younger years as a prostitute. These stories grant women power and offer a glimpse into the day that these biblical women received their call and answered accordingly. On the modern side, lessons and life experiences include military service, serious health issues, miscarriage, marriage, divorce, children, career shifts, unemployment, physical manifestations of stress, alcohol abuse, and idolatry as Gunn fought with God, pleaded with Him, and ultimately answered His call and met the conditions He required.

This collection of personal and biblically inspired narratives offers a message of strength and power for women of God.

R. S. Gunn is the owner and founder of Valkyrie Communications. A wife, mother, US Navy veteran, ordained minister, poet, and public speaker, she has traveled the world and holds multiple degrees, licenses, and certifications. Above all else she is dedicated to her family, and she seeks to inspire people from every walk of life to be the very best version of themselves. Visit her online at www.rs-gunn.com.