THE DYNAMICS OF REDEMPTION 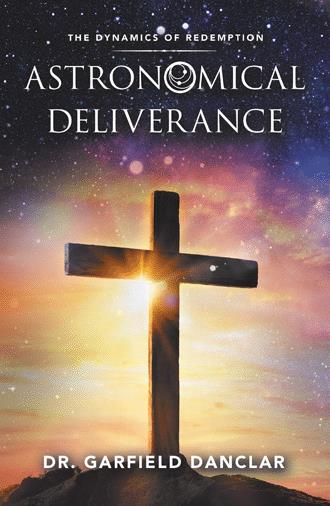 Science, the God Particle, and the Creator God

What is nothing? Great scientific and philosophical minds might try to conceptualize and define nothingness, but no human being has ever experienced it! There is no such thing as the nothingness of empty space because it is now known that particles are constantly appearing and disappearing out of the so-called emptiness of any vacuum that could be created in space. Space is not the emptiness in which things happen, nor merely the relationship between the locations of matter. It is not the lack or absence of matter. As a matter of fact (pun intended), space itself is a physical something – it expands and bends and ripples. Also, within a vacuum there is energy which cannot be eliminated, and which is so powerful that it can boil up the matter in its immediate vicinity. The Casimir Effect reveals that if two uncharged metal plates are placed side by side, but extremely close to each other in a vacuum, they will move towards each other for no apparent reason and, therefore, the effect is one of the conundrums of quantum mechanics (Michael Brooks, 2016). An unidentified something, and not nothing, moves the plates. So, what then is nothing? Atheistic theoretical physicist, Lawrence Krauss, in spite of his scientifically sound explanations of many phenomena, is definitely not making a scientifically valid pronouncement when he declares that the Universe came from nothing, not being created by anyone or anything (Krauss, 2012). Despite his abhorrence for belief in God, he shows that the religion in which he puts his faith is scientism. We must realize that authentic or genuine science, which is not at variance with Biblical revelation, is still not the only valid epistemological route to the acquisition of knowledge

God has revealed truths in Scripture that are impossible to become known through naturalistic phenomenology. Professor Krauss might attempt his own redefinition of nothing, but in so doing he stops being scientific and engages in illogical philosophical speculations, though he obviously would not regard his efforts as such. His determination is to obviate God, but in his subjective redefining, “nothing” must be given great power and energy for something to come out of it. But then, isn’t power or energy something? The fact of the matter is that the one Sovereign and True God is over all, and his creation can only discover of himself that which he chooses to reveal. According to the Word of God, atheistic scientists are suppressors of truth because reasons for the existence of God can be perceived from the study of nature itself (Romans 1: 18-20). So, again, the question must be asked: What is nothing? Only the omniscient God knows what nothing is, and he created everything out of it. This immediately reveals the finiteness of humanity in contrast to the infinity of Deity. In spite of his prodigious leaps in knowledge over time, man is limited in what he can ever know, and he will never be conscious of absolute nothingness.

Some scientists contend that the Big Bang erupted from a singularity, which is an infinitely small and dense point of energy. But since matter, energy, time, and space supposedly came into existence with the Big Bang, then the location of this singularity would have to be a mystery. Where was the singularity since there was no space? When did it erupt since there was no time? And what was it since there was no matter and no energy? Mathematical physicist, Frank Tippler, in his book, The Physics of Christianity, has actually identified God as being the singularity that preceded the Big Bang, since the singularity is the first and ultimate cause of everything (Tippler, 2007). Although Tippler, a former atheist, audaciously, and no doubt contentiously, identifies Christianity as the only scientifically valid religion, he incorrectly attempts to reduce the theological profundity and supernatural nature of Scripture to mere physics. He actually believes that theology should be captive to physics in Biblical interpretation and explanations, a position that reveals distorted comprehension of the divine nature of Sacred Scripture, and of its revelation of the spiritual plan for the deliverance of humanity from its diabolical death-march.

Science is a naturalistic explication of a great deal of phenomena, some of which had been deemed supernatural at one time or another. But there is no substantive incompatibility between Christian faith and science. Whereas God has declaratively revealed himself in Sacred Scripture with the purpose of proclaiming the plan of redemption for humanity, he has magnificently demonstrated a sampling of his omniscience and omnipotence in the lesson book of nature. It is true that Stephen Hawking, reputed by many to have been the greatest physicist of modern times, contended that faith in God is inimical to science, and was himself a declared atheist. Interestingly, though, Sir Isaac Newton, who discovered the law of gravitation, and who in his lifetime held the same Lucasian Chair of Mathematics at Cambridge University that was held by Hawking, admitted that faith in God facilitated his scientific work. For instance, in his book Principia Mathematica, Newton expressed the hope that readers of his mathematical calculations and formulations would be convinced of the existence of a deity (Lennox, 2019).

Science continuously discovers the naturalistic explanation for some of what God has done supernaturally. For instance, physics tells us how the four fundamental forces of nature operate, but it is the Bible that reveals that God created everything, which includes the forces and laws of nature, for his own glory. We have discovered that it is the strong nuclear force that holds protons and neutrons together in the nucleus, but that force did not create itself – its origin is to be found in the Creator of the Cosmos, God himself. The ultimate origin of everything is in God himself and it is Scripture that reveals that to us. Christian faith is based on God’s revelation of himself in Sacred Scripture. The Bible, though, is not a science text, nor are science texts theological treatises – the veracity of the differing texts is relative to their intentionality, with Scripture, and not science, purporting infallibility on the basis of divine origin. Science, in spite of its striving for rigor in human investigation, is intermittently tainted with error

This book creatively combines science and theology in proclaiming the gospel and the doctrines of grace. It simultaneously educates with the grandeur of science and spiritually edifies and inspires with the profundity of the plan of redemption as revealed in Sacred Scripture.

Dr. Garfield Danclar, a Christian community counselor and therapist, has been a university professor, and is currently the pastor of Regeneration Fellowship and the director of Educate to Liberate Ministry (ELM). He has also been a school counselor and earth science teacher at the high school level. He has a passion for theology and science and has preached and lectured at many churches of differing Christian denominations.