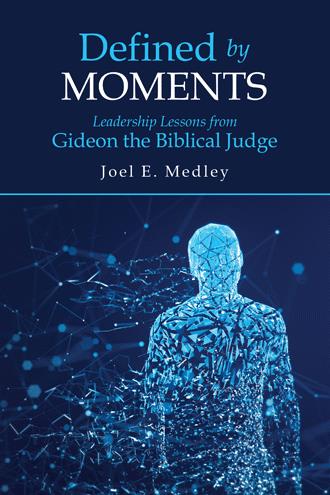 Finally, times of peace to not always indicate that all is well. Gideon’s actions of compromise did produce a period of peace; however, that peace masked the issues that God clearly observed. Without a doubt, Gideon and Israel celebrated their victory over Midian; however, I believe those festivities endured for too long. Gideon enjoyed himself so much that his focus shifted away from working for the benefit of others and onto enjoying the good fortune that came his way. Celebrations are not awful events; however, when we rejoice over a successful event, we are looking to the past and remembering that triumph. Those prolonged times of remembrance distract us from the task ahead. Possibly, the men of Israel began to regret their decision and wished that Gideon would return to the person to whom they initially offered the kingdom. They endured his wild actions, because they did enjoy the respite from foreign invaders that pillaged their goods.

Judges 8:28 tells us that the land had rest for forty years under the purview of Gideon; however, unrest fumed beneath the surface. As soon as Gideon died, the men of Israel refused to show kindness to Gideon’s family (Judges 8:35). The word for kindness is a rather interesting study because the Hebrew language is much more expressive. The word does reference “kindness, mercy, and goodness,” but the root goes further “loyal or faithful to a covenant.” Simply, the Israelites refused loyalty to the leadership of Gideon’s family because they, in modern terminology, had enough of Gideon and wanted change. Understand that these feelings did not emerge overnight but, rather, mutated over a long period. When Gideon finally died, Israel jumped at the opportunity to rid themselves of his influence. If this dissention were not bad enough, the fires of disunity ignited within the family. Judges 9 tells the story of Abimelech, a son of Gideon’s who convinced others to proclaim him king. In order to accomplish that goal, he killed all but one of his brothers. Again, such vitriol does not appear overnight but churned beneath the surface during times of apparent peace. Wise leaders enjoy times of calm; however, they simultaneously watch for signs of apparent disruption.

Gideon compromised his stellar reputation due to the prevalence of tremendous prosperity. His compromise began as a small, simple decision that had far reaching consequences. He forsook God, shifted attention to himself, relaxed to enjoy his life of ease, created a false idol, lived as a king, and failed to address needed reforms. Gideon’s defining moment compromised his future and denied him the opportunity to serve as a guiding keel for the nation of Israel. Leaders must maintain a spirit of vigilance because they live in a world of constant skepticism. Everyone, after all, makes mistakes; however, leaders learn from their mistakes and resume progress. Failure does not have to be permanent. To transform failure into success, the choices immediately follow the error are consequential. The key is to recognize the failure and then move quickly by admitting the error, accepting responsibility, and then acting for the future.

The Scriptural record implied that Gideon never repented of his mistakes; and as we will discover in our last chapter, the nation and his family paid a horrible price. However, despite Gideon’s defective reaction, the New Testament mentions him in Hebrews 11 – a chapter often referred to as the Hall of Faith. Hebrews 11 is filled with men and women who failed, yet God used them, despite their shortcomings, to reveal the power of His grace. As the all-powerful Creator of the Universe, God can and will use our choices – whether right or wrong – to promote His glory. Clearly, God’s sovereignty in leadership is displayed throughout the Bible as He stated that He would “raise up” a priest (Deuteronomy 18:15 and I Samuel 2:35) or king (Jeremiah 30:9) or judge (Judges 2:16). God raised up this judge for a critical mission, yet Gideon’s humanity and pride eventually turned him away from that purposeful call. For leaders, mistakes need not to be fatal or final as a defining moment awaits. God is in control; and when you fail, trust His gracious plan for your life.

Defined by Moments breaks down the life of Gideon into 13 critical decisions that either advanced or diminished his leadership. Defining moments are not the grand successes or failures for which we are remembered but are the moments, hardly noticed by others, that create those public milestones. Gideon’s story is compelling in that he offers a balanced picture of leadership’s highs and lows. This book will challenge the interpretive notion that Gideon was a coward by arguing that he was an ordinary, faith-challenged leader whose defining moments shaped him. Every decision matters, and you will learn strategies to help recognize and act upon your defining moments.

Joel E. Medley is a native North Carolinian and was taught the importance of education as a child. His father dropped out of high school and ensured that his children would not repeat that mistake. He became the first person in his family to graduate from a four-year college and the first to pursue post-graduate work.
He received his bachelor’s degree from Bob Jones University in Social Studies Education, where he was named the university’s Secondary Student Teacher of the Year. He continued his education at the University of North Carolina at Greensboro completing two master’s degrees—one in American History and the other in School Administration. He has also completed a Ph.D. at Louisiana Baptist University in Leadership.
Joel has taught social studies at the middle school, high school, and community college level. A highlight of his career was being named the 2001 NC Character Educator of the Year for high school teachers. After teaching, he pursued the principalship and served as a school administrator in both charter and traditional schools. He led the Charter and Magnet School program in South Carolina before returning to his home state to lead the NC Office of Charter Schools. Since then, he has opened a new online charter school and served as a corporate leadership development director.
He resides in North Carolina with his wife and their four children.