Journey Through the Rainbows 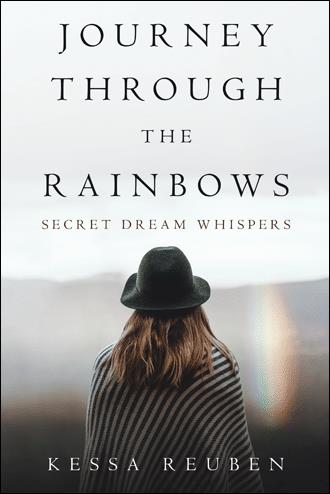 When I was little, I knew He was God
And I loved Him
I looked at Him through the telescope of my life
He just existed

As I grew
The people and things in my life grew
It seemed, like He was there
But, somehow, He zoomed out

As I grew into a youth
A presence began missing in that lens
Soon, my world turned upside down
I didn't understand why?

I searched for that one presence
The calm and The omnipresent
Sadly, He could not be found

Then one day, everything crashed
When the dust cleared
One presence stood tall
It was the presence of God

He had gone nowhere
When all that did not matter, disappeared
Only the One that mattered
Became visible again

I understood
It was not the telescopes’ fault, It was mine
Too much things, people and clutter
Unimportant, but made more important than God

I started to de-clutter
Threw out the obsolete things
Rid myself of unhealthy attachments
Attachments to people, electronics, habits, jobs
Daily chores that did not need to be done

This, had never happened before
As He grew larger, I saw Him draw closer
Then, one day, I didn't need a telescope
I had a friend

It takes my breath away
It is changing me
I am no longer the person who I was
I am slowing turning into the person, He wants me to be


This book is about the greatness of God’s love in my life. As I grew old, relationships became one of the most painful aspects to endure. Through life, I had to endure the presence of an alcoholic father, abandonment by my family, the break up of my first inter-religious marriage, the flight to another country because of my Christian faith, the terrible perils in my second marriage and the constant loss of jobs leading to poverty and danger at every turn in my life. At every step, I felt alone and abandoned, thrown to the mercy of the world and my only help was from the Lord. Through His love, I found help from those I least expected. Sometimes, I just found everything I needed, without even asking for it or even realizing that it was something I needed. As I grew up, some of the people I loved most, threw me out of their lives, some for a little while, some forever. I hurt so much that I promised God that I would never do that to my worst enemy. I never knew how much God was going to hold me to that promise. He was just going to test me with my loved ones. Then I heard Him say, that if you cannot even forgive your loved ones for the hurt they caused you, how difficult will it be to forgive your enemies. I thought it was going to be easy. Not so easy, as I found out. In doing so, I discovered God’s great love, because He forgives us, who are His own, but who treat Him like an enemy. Not just once, but over, and over again. How great is His love. It is in my own life's success and failures, that I experienced the greatness of His love and compassion for us. Praise be to God, the mighty forgiver and redeemer of us all.


This book is also about the Church, the body of Christ. As I grew and traveled from one family to another, from one place to another, from one country to another, from one church to another, I realized that the Church was no longer the Church that mirrored the original purpose of God. The Church is still a place of worship and a place where you can find the message of God being preached. It is still the place where we share and love as a Christian community. But not everyone is a part of it. It has, in many places, grown into a superficial place of walls, where repetition, mysticism, gradeurism, and religiosity have become central to its identity. It has become more like a political establishment headed either by religious heads or family members, where tithes have become the fuel that oils the machine of a religious establishment. Though the tithes are necessary to maintain the huge expenditures that sustain the Church and its preachers, it is by no means necessarily required to twist the political will of a country or mislead its citizens. I found little attention being given to the poor, the needy, the prisoner, and the shunned of society. The people considered lowly in society like the prostitutes, gay, the transgender, the prisoners, ex-convicts, sex offenders, beggars, broken, poor, homeless, sick, disfigured and the misfits of society, were being ignored and marginalized by an institution that was meant to be inclusive and not exclusive. It seemed like these people and their family members were all the lepers of today’s church. These were not just the people being ignored by the Church community, but were treated as lepers by their own families. As I write this, I am deeply saddened by all the painful moments, both mine and the people who have poured out their hearts to me. These are the people that Jesus would have called, if He were here today, to be part of His Church. But these are the very people we have been thrown out of our churches, because we, in the Church have deemed ourselves self-righteous, just as the Pharisees did, in the time of Jesus. What is worse, is that few try to speak the truth in the face of persecution. I have fought my own Preachers many times, but have not succeeded. The leaders would not risk losing their church community to the truth, lest the number of tithers or community members, hear the unpleasant truth and leave. I have challenged preachers over the message of hate, by calling on them over the commandments of God. I've even challenged a preacher on stating the fact that I need to stay with my husband because he thought I should leave. While, I believe that he meant well, My reasoning was simple, If God did not abandon us sinners, so why should I? But he only saw worldly wisdom, not God's plan. It was hard living a life of inconvenience. Here I was just a rookie Christian, fighting with the leaders of the Christian world and I felt I was right. But how could I be? Shouldn't they have already known the truth? These are the men of God who had been through Bible College and had spent years mastering Christian doctrine.

This book is about the greatness of Gods love in my life. It will help you magnify your relationship with God. Life with God, was never meant to be a separation from this world. We cannot resolve our problems if we do not understand their cause. Education is a tool, but not an end. The end is what you decide to do with what you have, and the knowledge and the wisdom given by God.
This book is about some of the dreams that God shared with me in my life. I want to share them with you, to let you know that a relationship with God can be VERY VERY special. That God is not just a person we worship with a one-way paging communication line, where there can be no hope of any reply. He is an active person, with whom you can have a relationship with, just as you do, with any family member
This book is also about today’s Church, the body of Christ, in the entire world.

Apart from Gods love, I am nothing. I am just a servant of God, fulfilling His calling to spread His message. Who I am, is not important, but the path you choose after you have read this book, will certainly be.