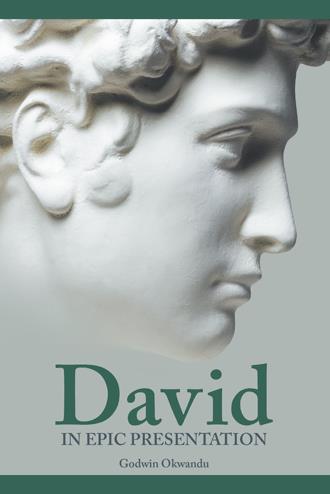 …and to David, poetry seemed to say;

” I submit myself to thee

And thou hath a goodly heritage”

…the bear’s paw, and the lion’s power;

Were enough to make a boy a man;

Who could stand to showcase a defense proper;

And tell the story to many a man.

…the young man ruddy as he was

Newly and legitimately married to a Princess

Had war in his family life

As honeymoon to enjoy.

Was the state of Saul’s heart;

When his messengers did not return to speak

About David whom they went to seek.

…At home with Jonathan he had respite

And asked his friend, “What is mine iniquity?’

For which Saul should make him a culprit

Ordering his death in Jerusalem city.

… Such anecdote to a weary man

Whose mission was to have a resting place

Would only send shivers to his spine

And make him think of finding another space.

…If Saul’s statement were to be a prophecy;

Obviously it did come true

Because David ran from Saul’s confines of conspiracy

To a place where Saul’s iniquity would not brew.

…Among all he put down for us

We are always blessed when we rehearse

“The Lord is my shepherd, I shall not want

He maketh me to lie down in green pastures…

No one will study the book of Psalms without coming in contact with David as a great poet. Its location at the center of the scriptures suggests its underlying importance. In the words of Samuel Taylor Coleridge a great English Romantic poet and a friend to William Wordsworth, he defined Poetry as “the best words in best order”, David’s poetic contribution to the Bible spices the scriptures in such a way that the “air nimbly recommends itself unto our gentle senses”.

This book enchants every reader to its tasteful attraction of verses and poetic structures to present an attitude to the magnificent life and times of King David – shepherd, musician, father, warrior, leader, and more. It is therefore of immense value to poetize this poet. This is why the author of “David in Epic Presentation” took time to gracefully drive David to the poetic world to which he handsomely belongs. See how the author paints a picture about David’s men as they sorrowfully moved out of Jerusalem during Absalom’s rebellion.

“If you imagine the flowing tears of David’s men

And the sorrowful throbbing like music their hearts did beat

You would then see Zambia in nature’s gain

Flowing or murmuring as great Victoria Falls can be.”

Godwin Ogumka Okwandu is a graduate of the prestigious Panjab University, Chandigarh, India at their bachelors’ level with honours in Public Administration. He has an overwhelming aptitude for poetry which started during his primary school days. A born-again Christian who had his Theological training at Rivers Bible College now Pentecostal Theological Seminary, Portharcourt, Nigeria. He presently leads a Christian outreach ministry. He is married to Comfort Okwandu and the marriage is blessed with three children.