The Adventures of Acorn Woods 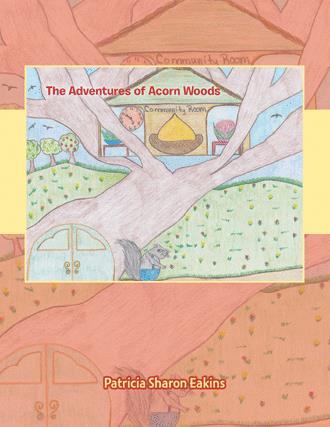 Everyone finished their lunch, and after all the dishes were cleaned up, they decided to check on Grandpa Lawrence and see if he needed any help.

When they reached Grandpa Lawrence’s tunnel, he was nowhere to be found. They knocked on his door, and when he finally opened it, they could tell that he was not feeling well.

Erma immediately spoke up, “Grandpa Lawrence, are you alright?”

“No, sweetie, I’m not. I haven’t been feeling well for several days. I know that everyone is cleaning their tunnels today, but I am not up to it right now. Hopefully, in a few days I will be able to get it done,” Grandpa Lawrence said softly.

“Don’t worry Grandpa, Uncle Charlie and I will clean your tunnel. You just stay in bed and get better,” Clarence said.

Virginia butted in immediately, “Grandpa, Mom and I will straighten up your house and fix you a nice pot of homemade soup. That will make you feel better.”

“Nonsense!” Charlie exclaimed. “We are honored to help you. What are neighbors for?”

Grandpa decided not to argue with the young lad because he really did appreciate their willingness to help him in his time of need.

The boys took off down the tunnel and began to work immediately while Virginia started straightening up Grandpa’s house. Erma went to his kitchen and started a pot of vegetable soup. While the soup was simmering on the stove, Erma helped her daughter finish up the house.

By the time they were all finished, it was getting close to dinner time. Everyone was meeting in the community room at seven o’clock. Erma served Grandpa a large bowl of soup in bed and told him that she had put the rest of the soup away in the ice box.

Grandpa was very thankful for all their love and support and said to them with tears in his eyes, “Thank you so much for helping out an old timer. I love you all so much. Your kindness today has meant more to me than words can ever say. Now you better go. The community dinner is about to start, and if you get there too late, you will miss out on all the good stuff.”

They all agreed, gave him a kiss on the forehead, and quickly departed.

They all raced back to their treehouses. The children went directly to their bathrooms to clean up, and Erma immediately went into the kitchen to warm up the sunflower balls. By the time she was finished in the kitchen, Clarence had finished cleaning up and was reading his comic book in the living room. She thought to herself, “What perfect timing.” She raced upstairs to the empty bathroom and quickly cleaned up herself. When she was finished, she joined both of her children, which were patiently waiting in the living room.

Before the dinner prayer was said in the community room, Charlie made an announcement: “Grandpa Lawrence is sick. He has not been feeling well for several days. He needs our help right now. This is a good opportunity to live out our Creator’s command in I John 4:7, “Beloved, let us love one another: for love is of God; and every one that loveth is born of God, and knoweth God.” I am asking everyone join together and check in on him from time to time. This will help him and be greatly appreciated. And we all need to pray that he starts feeling better and regains his strength soon.”

Grandpa Lawrence was everyone’s favorite, and everyone joined in helping him overcome his illness. He had never felt more blessed in all of his years. He knew that he was truly loved by all. They were so much more than just his neighbors; they were all part of his family!

"The Adventures of Acorn Woods" is about a Christian community who centers their entire world around God. They are a very close community and serve each other daily. Grandpa Lawrence is the eldest squirrel in the community and he teaches the squirrel children Christian principles to live by from the Creator's Book (BIBLE).

As a mother, she understood the importance of teaching her children sound Biblical principles. She wanted her children to grow up loving God and understanding God’s desire for us to live. Love is GOD. We are to love him and serve him by loving and serving others.