How The Sour Notes of My Life Became God's Masterpiece 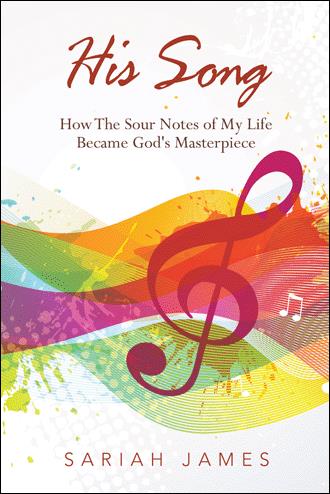 "Oh, are we going to answer the phone now?” I heard upon answering.

I laughed, and he asked what we were doing. He was in the same area, so he asked if he could meet up with us. We were with a large crowd, and I thought it would be fun to have a local around to tell us the best places to go. I think my friends thought he happened to run into us out on the town because no one asked how he came to find me. He was lighthearted and friendly with the wedding guests. He eased right into the group without any effort at all. Our group of 10-plus went up and down Diamond Street, first one bar and then the next. I was getting bored with bar-hopping, but it was what everyone wanted to do.

Not wanting to be the crybaby of the group, I smiled and silently went along. It wasn't my party anyway. Boyd kept trying to convince me to leave the group and go somewhere to talk alone. I kept refusing. We went on to another outside club. It was a large, open-air spot with a big asphalt dance floor and a long bar that ran alongside it. I made my way to a stool and sat down. Boyd parked himself right next to me. I was flattered and feeling silly from both the drink and the attention.

Next, the rest of the wedding party wanted to go to a "gentlemen's club" next door. I refused to subject myself to that environment no matter how entertaining everyone thought it would be. They shrugged and went inside, leaving me outside with Boyd. We chatted, drank, and sang along with the songs that came across the PA from the DJ booth. I was entertained at his attempts to be funny. I noted that somehow, without me noticing, he had managed to turn his chair around so that his knees were straddling mine. As I looked down, he placed his hands on my legs. I jumped, shrinking my legs back away from him. His expression reflected a note of disappointment, but he recovered quickly and restarted a light-hearted conversation about the island that we had shared earlier.

I was feeling awkward and unsure of the attention. I felt like I was doing something wrong. I wondered what my friends were thinking of me, sitting alone with him at this bar. I felt as though I was being disrespectful to my husband, even though he was deceased. I felt strange. I wondered, How much time has to pass after someone dies before you can do something like this? Mid-conversation, I leaned forward to adjust my position on my stool; Boyd grabbed both sides of my head and kissed me. The small kindling of passion inside I'd been ignoring all night suddenly ignited. It felt so good to be kissed. As much as I wanted to stop the interaction, it was satisfying a very real need to be touched and admired as my husband had done. The first-kiss experience is always such a powerful one. It wasn't that I wasn't attracted to him, I just couldn't get over the uneasy feeling that my husband was watching me from Heaven in disgust. I ended the kiss.

The rest of the wedding party exited the club a few moments later. They were ready for the night to end. The wedding was in the afternoon the following day, and there were tight schedules of hair, makeup, dressing, and photos to consider. I decided to leave with them. Boyd followed us out and tried to coax me to go with him. I refused. He then switched gears and suggested we go back to my hotel and hang out. I would not agree. He held my hand for a bit as we walked along the sidewalk, and then I sent him on his way. Looking rejected, he left down a different street.

I was relieved to have warded off my new love interest. My friends and I regrouped and opted for late-night snacks of sausages from a local vendor on the corner. Greasy and delicious, the vendor prepared my sausage without a bun per my request, slicing the sausage in half and putting the onions and peppers inside and making a bun out of tin foil for me. I was thrilled. Turns out, upon asking us where we were all from that, the sausage guy, too, was from Boston. We all prattled on about Boston and what we liked about it as we munched and wiped mustard from our mouths in between bites. No one asked me about Boyd, and I was happy to not need to answer any questions about it. The collective group seemed to have decided not to involve themselves, and I went along with the apparent silence on the subject.

After our snacks, we poured ourselves into our own cabs for the night. I felt as though I had a bit too much to drink, but was content to be laughing and joking with whoever was around me. I went back to my hotel room, glad to be going back to my hotel room alone. As I settled in for bed, I thought about the kiss. I felt proud of myself for making a sound, smart decision to leave Boyd on the sidewalk. I fell asleep, comfortable with my decision, even though the empty space next to me made the bed feel bigger than it was. I still hadn't gotten used to that.

The wedding day came and everyone was energized. I met my friend Daniel, one of the wedding guests and best friend of the bride, for breakfast. We ate and discussed the events of the weekend so far. We decided we should try to find the spot on the beach where the ceremony would be so we wouldn't be late and frazzled. After all, neither of us knew where we'd have to meet for the nuptial witnessing. After one last cup of coffee, we started our walk down a busy road toward Smith's Beach. All we knew was the wedding was to take place at boardwalk #6. No problem, we thought and started on the journey with full bellies and being properly caffeinated to ward off any tiredness from last night's festivities. We stopped briefly to admired the beach and walked on to find our boardwalk. The walk was farther than we anticipated, but we passed the time chatting about this and that, life, dreams, plans, the wedding, and all kinds of things. Daniel was a great pleasure to talk to and he was good company.

We finally made it to the boardwalk section of the beach and started with the task of finding sign #6. We walked a bit slower, carefully looking for our number on each sign we passed. As it turned out, the #6 boardwalk was the only one without a sign. Go figure. When we finally realized that when the numbers jumped to #7 and 8. At last we found #6 and walked down the boardwalk to survey the surroundings. The spot was a lovely small beach rimmed with palm trees. It was precisely what one would hope a tropical beach would look like. The water was as clear and as stunning as a finely cut aquamarine gem. It was a picturesque setting for a beachside wedding.

Silently nodding that we were both satisfied that not only had we found the correct location but that it met with our expectations, we turned back to the boardwalk and walked out onto the hardness of the cement sidewalk lining Siesta Key's busiest thoroughfare. It was a stark contrast to the picturesque scenery we just took in. We headed back toward our hotels together. We continued our conversation about life, invigorated by the unexpected exercise session of the long walk. I was also happy to be getting some sun as well. No sense in going back to Boston without a tan. Sporting a tan in the late fall and winter brags to the world of the frozen Northeast that you've been somewhere fun. I wanted to come back looking and feeling the part. I had a sense of buoyancy as we walked. I felt pretty good. Daniel never mentioned my recent turn of life's events, and I was relieved to escape the subject.

Trials come for us all. No one is immune. Some times life trials can be permanently life-altering, sending us in directions we never anticipated. No matter how far down the rungs of sin you have gone, there is an almighty God who meets us where we are and seeks to raise us up out of the muck and mire of our own choices to a better place.

This story begins with an embittered widow who struggles with the God she thinks she knows and the one who is I AM. When she takes matters into her own hands in trying to regain happiness in her shattered world, she finds out quickly the only solution for a broken heart is the one who made it.

What should you do when you are going through the trial of your life and have to make a soul crushing decision in the middle of it? God can restore anything, even the things we broke on purpose.

You’ll learn how much of blessing a trial can be if we just surrender our lives and our will to our maker. Read and find out for yourself how God takes everything in our lives and composes a perfect masterpiece.

Sariah James is a proud wife to her second husband and loving mom to her beloved daughter. She is a professional writer and Pro-Life speaker, with many speaking events and women’s retreats to her credit. Sariah has penned hundreds of blogs and bodies of work to help women struggling with widowhood, adoption, and life in general. Most of all, she enjoys using her gift to serve God. She never tires of sharing God’s truth with other women. Sariah has been interviewed on Christian radio shows and podcasts a dozen times on the subject of Pro-Life issues, namely Adoption.

To those that know her best, Sariah is a passionate student of God’s Word. She is seldom at a loss for words, sometimes gets so excited talking that she interrupts people (a shortcoming she is working on), loves to send cards to people she loves for no reason, is a fearless cheerleader for all things related to Katie, and is a trusted friend. She also loves cooking for her husband, who especially enjoys her homemade meat sauce and amazing meatballs.