A Devotional Look at Gospel Application 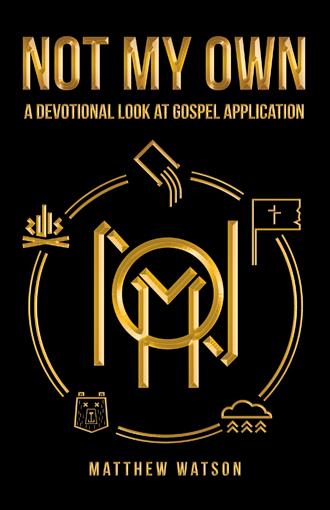 In covering the description from each of the synoptic accounts, we see fully what took place as we examine Christ’s prayer in the garden of Gethsemane.

When noting the location of this prayer, it’s cited as being right after Christ had just finished praying. The prior occasion of prayer reveals Christ to pray strength, joy, and encouragement for Himself, His disciples, and all who believe in Him.

After praying the prayer of the entire chapter of John 17, Christ takes His disciples inside of a garden of olive groves at a place called Gethsemane, which is a place where He regularly met with them. He took Peter, James, and John with him deeper into the garden of groves, where He began to feel greatly grieved and distressed. He leaves the three there and asks

them to remain there, but to be watchful and pray. The text reads that, “His soul is deeply grieved, to the point of death.” So it’s truly noteworthy to see Him needing the strength, for He prayed immediately after praying it.

So Christ goes even deeper into the garden to pray, and at this point, He is about a stone’s throw away, and the words He prays to the Father are going to be our focus. Christ kneels down and takes His face to the ground and begins to pray. He begins His prayer with an identification of His closeness with the Father. He uses this moment to reflect upon not drinking the cup of suffering; but we see immediately from the recorded account that He calls His soul to not focus on His own desire at this time, but the will of the Father. Christ wants the will of the Father to be done.

Looking at the representative verses together, from each gospel account, a full picture is borne. This full representation humbles our soul as we get to see our Messiah accepting the will of the Father coupled with the struggle and angst He faced. Many times when we think of this prayer that our Christ prayed we can take it too far in either direction. We can either make Him too human or too holy. We have to be careful to represent Him exactly as Scripture does. Say everything that Scripture says and what Scripture does not say, don’t say that it does. Christ being too human is to say that He begs so hard in the garden and never gets to a place of truly accepting the will of the Father; but out of formality He just goes through with it anyways. While making Christ too holy is to only reference many of those who make it as though His suffering wasn’t real and that He didn’t feel anything. It’s as if the events that the Bible records happened, but they just really didn’t happen to Him. This isn’t honest to what Scripture teaches or represents. And it’s at the image of the hypostatic union that we marvel. Our Christ is fully both. He’s fully aware of the struggle of the human condition and human limitation; while at the same time our perfect representation and high priest before the Father.
We are also able to see Christ’s wisdom as He goes to pray in the garden He takes all of His disciples, but as He goes deeper into the garden He only takes Peter, James and John with Him and asks them to keep watch and pray with Him. He knew the importance of asking that others would pray for Him. A part of the human experience is the desire to not feel alone when going through a troublesome situation. And yes we are to always know that the LORD is always present, but He has also given us people to walk with us through wearisome times. Truth is often we’re aware of our need of not being in isolation, but it’s tough to be there for others when you have so many things that are personally weighing down on you. We saw fatigue as the weight that kept Peter, James, and John from praying for Christ. But we have to challenge ourselves past our own circumstance to be there for others. It’s hard, but it’s not impossible especially when we rely on the Spirit for our need.
Christ example of holding fast to the Father in the midst of this situation is inspiring. Because we noted that He had just come from dedicated prayer for Himself, His disciples, and all who believe in Him. He needed the strength from the prayer that He had just finished praying. But it’s amazing how we’ll pray for something that we know that we should and when what we prayed for happens, it still feels unexpected to us. This is because many times we pray without the faith that Christ taught is the standard for prayer to the Father. Many times our prayer come out of procedure and not really a solemn ingestion of the moment at hand. Even worse than this is the weakness we feel when we refuse Spirit prompted prayers. He’s indicating to us that something is coming that we need to be spiritually prepared for, but we won’t prepare. When we think this through, it makes absolutely no sense but in the moment it makes our flesh feel good because we get to enjoy a natural comfort in place of the discipline that we need at that time. Let’s challenge ourselves to really press in and give ourselves over to the Spirit’s leading us to prayer at time where we normally wouldn’t be praying. Christ left a perfect example of the Father’s will being done through Him that is essential for us to model our lives around. Let’s be obedient.

Not My Own: Deep Devotional is a book for those who want to go deeper into God's Word, but find themselves in a position where the time or the ability to do all of their own background study is limited for them. This book synthesizes the study that has been completed and presents it to the reader. The end result of this process produces challenged convictions and the reader asking deeper questions of themselves and their heart behind actions.

For the past decade Matthew has been enriching his study of the word and how to practice living it out. He has grabbed from the writings and teachings of different individuals from the early church and has come up with the 5 S’s. These five S’s are as follows: Study, Significance, Survey, Supplication, and Solicitation. This method has proven effective and allows for Scripture to mean what it has always meant, while seeking to understand what that translates to in an individual’s life.

There comes a time where understanding the do’s and don’ts of Scripture isn’t enough and the Spirit of God shows us that the requirement that the Lord has for His disciples is so much greater. Will you accept the call to have a deeper devotion and allegiance to the Lord?

Matthew Watson is known for speaking graciously and authentically to any issue that Christians face in navigating as faithful disciples. Matthew became known for this during his time of study before his graduation at The Mater's Seminary. He speaks to issues in a way that is honest and forthright of the views of the others that he represents. He has a heart to unify believers around the issues that are the greatest in importance in the spiritual growth of the Church and her faithful discipleship of her members.