If But One Wish

by Bonita J. B. Sallis 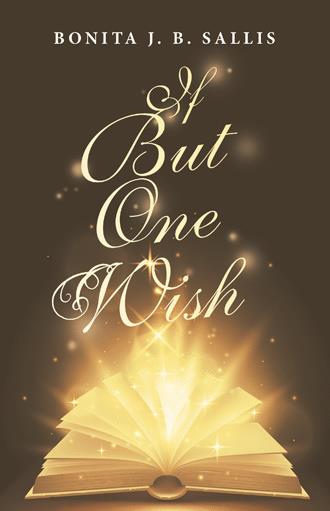 Will pulled into a parking space outside of Penrose Regional Medical Center, situated in the center of the city of Bristol Point. Grabbing a set of fresh scrubs from the back seat, he headed for his day. After ER shift change Report and Review, attended by both oncoming day staff and outgoing night staff, Will headed for the Pediatric Ward, to check in on his appendectomy patient, Justin Thyme, smiling to himself, as he remembered the patient’s name.

As he stepped off the elevator, Will went directly to the nurse’s station to review his patient’s chart. None of the nurses was there. It was too soon. Surely the oncoming ward staff were still being briefed in morning report. Will preferred to review charts in the silence before shift change.

He could see lights on in several rooms. No doubt some patients were being released today, he thought. The cartoon network was showing Batman. Will could hear it as he entered Justin’s Room. Picking up the chart, at the foot of the bed to review vitals and night progress reports, Will looked up briefly at Justin, who was engrossed in television or slightly glazed from his pain medication. Well Nick”, Will said smiling at the now-attentive patient. Justin attempted a smile. It was tough to accomplish with the oxygen mask still over his mouth and nose. Will patted his leg in understanding. “Justin Thyme” really is the perfect name for you. That’s pretty much how I found you.”

Justin nodded his response. “Bet you’d like to change your name sometimes…huh?” Again, the nod. Justin’s parents entered the room, smiling over the joke they had heard so many times. Justin’s mom, Betty Miller-Thyme had endured worse. Her good-natured acceptance of the constant jokes about her own name, had taught her son to laugh-it-off and not become angry. Even Justin’s Dad had to get into the act. After running his hands through his son’s hair and unashamedly kissing his ten-year-old’s cheek, he said…So Doc, got a little Thyme for me?” They all laughed. Justin blushed a beautiful beet-red while receiving his father’s love. “As a matter of fact, I do”, Will stated. “The oxygen mask will come off sometime between today and tomorrow. His lungs are clear, but, his temperature keeps spiking. Actually, this is to be expected. The appendix did rupture. He did have quite a bit of infection down there. But, we’ve got him on some high-speed antibiotics , so he’s pretty much out of the woods. He’ll probably be here for another three or four days. Then it’ll be “thyme” for him to go home.” Smiling broadly at each other, they shook hands. Assuring Justin he’d return to check on him later Will winked at the boy and left.

Floor nurse Diana Thomas was coming in to take vitals. The ward was starting to come to life. Food trays were being dispensed. Will waved to his colleague, Dr. Beauregard M. Longmire, “Bo”, to his friends. He and Will had developed a friendly professional relationship, but had not spent much off-duty time together. “Thyme”, Will mused, to head back to the ER, to see what was going on, smiling once again.

The ER was short two doctors, one internist and another ER physician, so Will volunteered to pull a twenty- four- hour day, if needed. Grabbing snacks in between patients, he’d worked well into his shift before the smoke cleared. Where were they all coming from, he thought, as he moved from viral symptoms to fractures. The ER received a call from the internist scheduled for duty. He was on his way, so Will would not have to stay for an extra shift. Bo Longmire was going to assist in the ER until then. Will needed some time to think about his family. Decision time. He did not like ultimatums. For Merry’s sake, he was going to ask Rain to decide her own future, with or without him and their child. By the end of his day though, Will found himself exhausted and starving. Fight or not, going home would still be a blessing.

“If only”, the sad refrain, so familiar, yet seemingly so limited, takes each character to the edge of their own personal cliffs. Regardless of the road taken, invariably, all roads lead to Destiny. No matter how far flung we find ourselves in life, the Force that Governs tomorrow, is never, ever, very far away. Faith, Choice and Fate ever surround us, so that Destiny can take center stage.

Will loves Rain. Rain loves Ian. Ian loves another woman. Three lives, three loves and so three families are caught up in this tempest. The name of Love can offer many faces. True Love has only one face. Will, Rain and Ian all want to see their own dreams fulfilled. But Desperation, Infidelity, and Karma entangle all of them, turning their lives upside down. Be mindful of how you choose to tread in this lifetime. The Law of Sowing and Reaping is absolute. Forgiveness becomes the Master Key to still this storm, and could mean the difference between life or death of an innocent child.