The Man Who Came Back 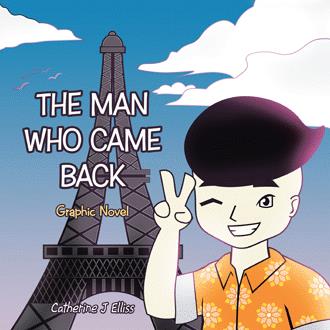 As a young man, Afu Ling, decided to venture off to the big city, Beijing. Tales were heard back in his village of his great success. Tales of him traveling all over the world, of skiing, bungee jumping and sailing in New Zealand, and mountain biking in Peru. By now, he had taken on a Western nickname, Tom, named after his favorite action star, Tom Cruise, of Mission Impossible fame.

Later still the young man traveled further and went to live in the sun, in the exotic far away land of Hawaii where the local people were known all over the world for their friendly smiles and warm hospitality. The young man was even more popular. The village heard and saw online, of his new achievements and new titles. He went to America and saw the Statue of Liberty and even the Taj Mahal in India.

Then one day the little boy, now a man, came back. He didn’t want to meet any of his old friends. But back on the farm in the house he grew up in, new times of love, laughter and winter warmth were had. Afu Ling (or Tom), with his sister, their beloved mum and now his niece and nephew, laughed and played. In winter they played video games and sometimes out in the snow. In spring they jumped on the trampoline and flew kites up on the mountain.

The village heard he was back and wondered… Why he wasn’t married? Where was his money? Why wasn’t he working?

The Man Who Came Back: Graphic Novel in anime (mangga) style concerns a timeless theme, the struggle to become the person you are destined to be. Afu Ling is a poor Chinese farming boy who leaves to travel the world, seemingly having the perfect Instagram life. Only when he comes back as a man, there are many questions. He is mentored by a Kung Fu teacher who against his wife’s wishes attempts to help him learn some secrets of success and face his greatest fear.

Catherine J Elliss, is a writer, author, speaker, teacher and social entrepreneur with a much larger vision to inspire people to become world changers. She is the Founder and Chief Imagineer of Imagineering 2 a Better World. She has written and is writing numerous children’s books. Aside from The Man Who Came Back: Graphic Novel, which is aimed at those nearing adulthood (mid - older teens) and younger adults, another title, non-fiction, aimed at a similar demographic and those in transition is ‘Prosper as Your Soul Prospers: A Holistic Approach to Basic Money Management from a Soul and Spirit Perspective’. It is available in bookstores in Australia and online internationally. Dealing with the day to day choices we make from a soul (mind, will and emotions) and spirit (how to avoid greed and poverty and head towards generosity) perspective, this book shares a larger vision to reduce world poverty, starting with the individual.