Conundrums of the End 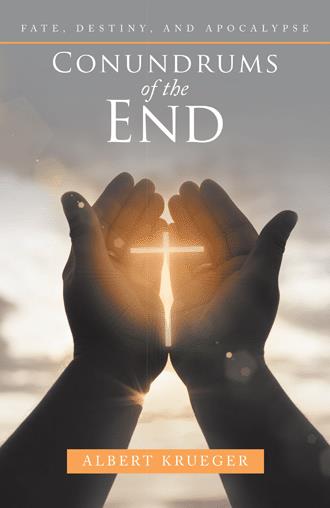 Apocalypse is a revealing of things previously hidden. It isn’t the same as finding a vein of gold in the ground. It isn’t the same as a gaining of insight or a scientific discovery. If a comparison needs to be made between the dynamics of scientific investigation and Biblical revelation, it could be said that apocalypse is like the fashioning of a new and comprehensive scientific theory. It provides a completely new way of seeing things, a visioning that can be both delightful and shocking at the same time, both disturbing and fulfilling.

Biblical apocalypse is a community phenomenon. It involves the world, the world being the entire nexus and matrix of psycho-social, spiritual, community and knowledge connections that bind people together in a vision of commonality. The manifestation of apocalyptic truth, reality and vision is a finalizing interruption of a cultural or civilizational status quo. The vision is a picture that reveals “where we have been headed all along.”

Apocalypse is like falling asleep at the wheel and waking up just in time to see the concrete abutment you are going to hit at high speed in a few microseconds. Time slows to a crawl, and then your time becomes complete in terms of fate and fulfilled in terms of destiny. Whatever the terms of this final treaty might be, they are terms that a society or civilization has decreed for itself. Put another way, it’s as if you were meant to fall asleep and slam into that concrete abutment just after you woke up.

A vision like the Apocalypse of John is an evocative concretization of the last microsecond of a world’s viable existence. It’s like a photograph except that the picture isn’t material and dimensional: It is psychic, cultural and spiritual. In a sense, when you encounter its evocations, the encounter involves you and only you. If you survive the encounter, you look around you and realize that the vision involves the whole world.

Apocalytic vision a way of seeing things hidden that is unique to the Bible. The closest our Greek heritage ever came to it was the utterances of oracles, such as the one at Delphi. Our cultural instinct regarding apocalyptic vision is grounded in the rationalized rejection of oracular testimony. Prophecy must be reduced to material prediction, and moral certitude transformed into a process of eternal reinvention. This means that we, especially as 21st century Americans, cannot really read the Bible in the spirit in which it was written. We are forced to use it as a kind of Tinker Toy or Erector Set of moral platitudes and historical regrets.

With the sudden and immediate advent of apocalypse, the Tinker Toy and Erector Set structures of civilization are revealed for what they really are: Temporary holding cages for the koinonia, common humanity, or “the world.” Apocalypse is neither an anomaly nor the result of civilizational flaws: It’s built into the system. It is the revelation the end point for natural cultural processes and the completion of revealed spiritual processes. We shrink from apocalyptic vision because we do not want these processes to end. In Biblical terms, so to speak, the flesh wants the processes to keep moving on, even if it becomes starkly clear to anyone with eyes to see and ears to hear that there is nowhere left for them to go to.

That the substance of the Gospel of God in Jesus Christ is apocalyptic is no interruption of the general Biblical testimony. Apocalypse is built into the narrative. We traditionally call those Biblical moments the Flood, the Exodus and the Exile. When we try to understand those moments as evidence of moral turpitude only or ofactual events in the material world that have been spiritualized, we miss the point altogether, usually wandering off onto a path of extreme judgmentalistic living or a discounting of revelational meaning. This, sadly, is pretty much the state of American Christianity at this particular apocalyptic moment.

So, the book “Conundrums of the End: Fate, Destiny and Chance” opens with the declaration, “Western Civilization is coming to an end” and closes with the remark, “In the postmodern age, everyone’s mother is Rebecca.” We can all say that we are civilized, but the truth-value of this remark in our own eyes always requires pointing out who is uncivilized. It isn’t, then, our nation that is divided: It’s the entire civilization.

The return to the Law of God doesn’t consist of building yet another Tinker Toy or Erector Set structure. It involves being able to stand before the priest in office of our time, to offer our offering, and to testify before the priest, as the book reveals in Deuteronomy 26:5, “A wandering Aramean was my father.” This is the temporal equivalent of saying, “It is finished.”

Western civilization is coming to an end. There is a hunger for catastrophe in the air. What this coming catastrophe looks like depends on your cultural conditioning. In Conundrums of the End, author Albert Krueger offers a spiritual guidebook examining the formation of Christian faith for the postmodern mind in the present apocalyptic cultural environment.
Krueger shows that the language of the Book of Revelation, and apocalyptic language in general, is meant to be evocative rather than indicative. Presenting a Biblical analysis of the present historical moment, he references disparate interpreters of life such as St. Augustine, Rick Joyner and Elisabeth Kubler-Ross as he gives is a deconstructive approach to the modern “production line” idea of history.
In five parts—the end of the world, four worlds and four-not-worlds, birth pangs, destiny and fate, and DABDA—Conundrums of the End looks at today’s apocalyptic times and asks if you are ready for the change.

Albert Krueger earned a bachelor’s degree in philosoophy from the University of Arizona and a master of divinity degree from the Church Divinity School of the Pacific, Berkeley, California. Krueger practiced his profession entirely in the Pacific Northwest. A retired Episcopal priest, he lives in Phoenix, Arizona, with his wife Diana. They enjoy visiting desert places that are difficult to access.