The Sunday after the Funeral 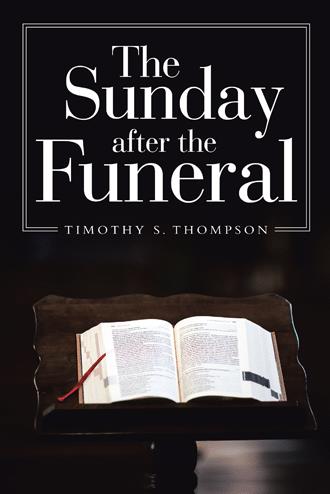 The summer of 2009 is forever etched in the writer’s memory. It involves a congregation of about ninety parishioners In Johnston, South Carolina. Throughout the previous two years, many families joined the congregation. The fervor in worship in the service was increasing, and the congregation was growing. Though already members of the church, a particular family had been inactive for a while but then returned to church and began to attend more regularly. They seemed like a happy couple. Nothing seemed out of the ordinary.

One evening a distraught parishioner contacted the pastor. The pastor answered the phone and received the news that someone in the congregation had died tragically. Without hesitation, the pastor rushed to the family’s home, entering an emotionally charged scene. Family members were huddled around each other, all of them appearing to be horrified. After a few minutes, a church member approached the pastor and took him to the family. She introduced him to those in the family who did not know him.

The deceased’s wife then unfolded the tragic account of her beloved husband’s untimely demise. She described how she found him in the back yard, with a shotgun lying next to him. As she related those details, she began to sob loudly. Another church member rushed to the wife’s side to console her. Over the next several hours, the pastor provided as much support as was possible given the circumstances.

In the days ahead, family members from all over the state gathered for the viewing and a funeral. The funeral was awkward and difficult. Then, the pastor prepared for the regular worship service. On the Sunday morning following the funeral, the pastor spoke to the youth during Sunday school. Before the class even began, more people entered the room. Interestingly, all of the newcomers were adults. Then, more people walked in until a class that usually had ten members now numbered almost thirty attendees. Everyone asked painful and difficult questions about suicide and the deceased church member’s spiritual status. Discovering that this situation was a pastoral moment, the pastor engaged in support-oriented dialogue.

When the worship hour arrived, the pastor sought God once more for direction. Stepping behind the pulpit, the pastor faced a confused and saddened congregation. He preached a sermon for which there were no precedents. The title of the pastor’s sermon was “Your Life Is Worth Living.”

Memorial Day weekend of 2012 was also unforgettable. This event involved a small congregation in Rock Hill, South Carolina. When the phone rang, the pastor answered to hear an emotionally shaken parishioner with some tragic news on the other end. It sounded all too familiar, although the circumstances were different this time.

The news involved a much-loved parishioner. He and his son were working on the father’s farm, moving a grain auger. It was a laborious operation, requiring two people to move the device. While moving the auger, the two men inadvertently hit a high-tension line overhead. Immediately, thousands of volts entered the son’s body, killing him almost instantly. The father, meanwhile, was severely injured from electrical burns. He was immediately flown to the burn center in Augusta, Georgia.

The rest of the week involved numerous six-hour round trips to the burn center in Georgia. A desperate family greeted the pastor each day when he arrived. Back at home, the pastor visited other parishioners, who were burdened with grief. The following week, the funeral took place. The entire family was devastated.

People from all over the state attended the funeral. Each person was stricken with disbelief and deeply perplexed. Some of the people asked why God would allow such a tragedy to happen to people they loved. Others simply tried to resign themselves to the will of an all-wise God. Everyone felt the same feeling of grief, but none of them felt this grief more profoundly than the family.

Dreading the worship service that was rapidly approaching, the pastor prayed again for divine direction. On the morning of the service, the pastor faced yet another saddened and shocked crowd of people—but he did feel a bit more prepared this time. He opened his Bible and introduced his message. The congregation sat in silence.

The pastor still felt uneasy and ill-equipped, despite previous similar experiences. Expressions of sadness and despair shadowed the faces of the parishioners. The pastor then engaged in what seemed more like a monologue from the Bible than a typical sermon. A deep bond formed between the congregation and the pastor throughout the event. It was an event wherein the mourner was comforting the grieving.

Some conclusions come to mind. Not only does the loss of life affect the immediate sufferers of a tragedy, but also everyone else in a congregation. This cause-and-effect process means that people’s lives are intertwined with each other. In fact, 1 Corinthians 12:26, the Bible reinforces this thought. Paul writes, “And if one member suffers, all the members suffer with it; or if one member is honored, all the members rejoice with it.”

Moreover, grief does not end with the funeral. This realization became quite clear in both instances. Grief support is necessary even after the funeral. In fact, J. Randall Nichols explained the necessity of post-funeral pastoral preaching. He explained,

Preaching in a loss situation is a seed sowing process. Someday parts of what we say may strike root in new understanding and perception. It is not so much that the content of what we say in a given sermon will itself be remembered but rather that we introduce people even in their distraughtness to a different way of seeing things. We begin a restorative, reconstructive process whose outcome will look very different from anything we might picture at the start of it. The important thing is that it is begun and that we all know it.

What is more, grief support includes, but does not end with, pastoral visits. This grief support process also entails consistent ministry through the Word.

Tim Thompson invites you to journey with him in exploring a dimension of ministry that has been sparsely addressed in main stream scholarship. Following inumerable experiences in dealing with traumatic situations as a local pastor, a clinical chaplain and a military chaplain, Reverend Thompson has aquired hard learned lessons along the way. Some readers are currently serving as pastors and have experienced traumatic situations themselves. Others, however, may not have dealt with such situations, but know someone who has had to deal with traumas as a pastor or a chaplain. Envision yourslef as a pastor of a local church, say a mid-size congregation in a semi-rural context. The sun rises, announcing the dawn of another day. It feels like just another day until it is rudely interrupted by the news that a member of your church has died tragically. As the pastor, you join with a grieving family, reeling from shock and confusion to organize the funeral. The funeral is well attended. You have planned and executed a memorial service in which the deceased is honored and the family is nutured. A few days later, you contemplate what to say on the Sunday after the funeral. Anticipating a congregation dealing with a wide range of of emotions from saddness to confusion to anger, you prepare for an unprecedented challenge. As you pour over scripture, seeking God for His divine intervention in that moment, perplexing questions course through your thoughts.”What do I say?” Where do I start?” Should I address this event at all or should I face it head on?” These are only few questions with many more racing through your mind. Reverend Thompson has engaged in intense literary research and enlisted the experiences from other pastors to assist you for when these dreaded events occur.

Tim Thompson has served the Lord as a minister of the gospel for over 3o years. A retired Army chaplain and veteran, Reverend Thompson brings years of experience as a local pastor, clinical chaplain and prison chaplain. He has earned a Bachelor of Arts in Pastoral counseling from Southeastern University, Masters of Divinity with a concentration in Counseling from Southeastern Baptist Theological Seminary and Doctor of Ministry with a concentration in Expositional Preaching from Columbia International University.He is Board Certified Chaplain with the Association of Professional Chaplains, Endorsed by the North American Mission Board and member of the South Carolina Society of Chaplains. Tim Thompson, his wife, Tamra and son, Michael currently reside in South Carolina.