They Died in Peace and Joy

The Wonderful Mercy of God 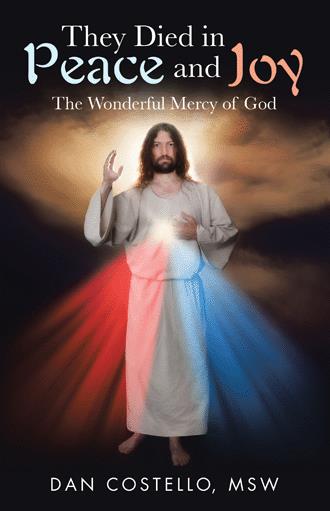 Chapter 2To Pray Always
This story is about a patient who consistently refused to see a priest before she died, but through prayer, especially the Chaplet of the Divine Mercy, she ﬁnally wanted to see a priest and received all the sacraments of the church before dying.
There was a lady who had come out from the Midwest to stay with her sister who was caring for her. In doing the assessment, I asked her if she had a church. She said she was Catholic, but she hadn’t gone to church for the last forty years. I asked her if she wanted to see a priest. She said she did not, so I left it at that for the time being.
In the coming weeks, as I went out to see her, I again asked her if she wanted to see the family priest. The answer was still no. I was getting concerned for her spiritual welfare. In light of the situation, I privately decided to pray. I started to say the Chaplet of the Divine Mercy each night before I went to bed. Then one day, I received a phone call from a relative who emphatically told me they did not want a priest. Evidently, they were tired of me asking.
That night, I said to the Lord, “You are not answering my prayers.” I felt I was having a crisis of faith, not knowing if the Lord heard my prayers. Despite this, I decided to say the Chaplet one last time, putting my trust in Jesus.
The next day, forty-five minutes after I got to work, I received a phone call from the family. They said, “She wants to see a priest.” I immediately called her parish church. The priest was just about to leave for his day off; however, he went to see this lady first. He gave her all the sacraments of the church, and she died four days later. Such is the power of prayer, even weak prayer. Of course, this strengthened my faith, as I was very joyful that this lady had received the grace of a happy death.
In 1935, Jesus gave a prayer, and those who say it will obtain His infinite mercy. This prayer is available to everyone. The prayer I said for the lady above was the Chaplet of the Divine Mercy. Jesus told St. Maria Faustina Kowalska that if this prayer is said only once at the bedside of a dying person, that person would receive His mercy.
Although I couldn’t be in the same room as she was, I still said the Chaplet for her every day. And Jesus answered my prayer. We all can do the same, and Jesus will answer our prayers, especially if it is for the conversion of a dying person who appears to be away from the Lord. In saying this prayer, we are not only asking for God’s mercy, but we are also practicing mercy. Jesus expressed to St. Faustina that we must not only pray for mercy but also practice mercy toward our neighbors. Everyone has an immortal soul, and we are all in need of God’s mercy. None of us can get to heaven without His mercy. And certainly we cannot expect to receive mercy from God if we do not show mercy to our neighbors. Quoting from Sister Faustina’s diary, Jesus says this:
Encourage souls to say the Chaplet which I have given you. Whoever will recite the chaplet it will receive great mercy at the hour of death. When they say this Chaplet in the presence of the dying, I will stand between My Father and the dying person, not as the just Judge but as the Merciful Savior. Priests will recommend it to sinners as their last hope of salvation. Even if there were a sinner most hardened, if he were to recite this Chaplet only once, he would receive grace from His infinite mercy. I desire to grant imaginable graces to those souls who trust in my mercy. Through the Chaplet, you will obtain everything if what you ask for is compatible with my will. (987, 1541, 1731)
As we can see, persistence in prayer brings down God’s favor. All we have to do is sincerely ask. We also have to trust that God will answer our prayers in His way and in His own time.

As a medical social worker for thirty-five years, author Dan Costello has worked in hospitals, for hospice, and in other medical settings. It was here he witnessed ﬁrsthand how God has reached down from heaven and lifted up the lost sheep.

In They Died in Peace and Joy, he offers patient stories, real accounts of people in the last stages of their life, demonstrating the tremendous love and mercy of God. The accounts show the lengths that God, out of his love for us, goes to save us from our sins. His mercy is always there for us through the last moments of our lives. Even at the end of our lives, God seeks us out to save us.

These inspirational stories show where God intervened in these patients’ lives so they could die in peace and joy. All of us face death, and Costello believes God desires that all of us should die a peaceful death.

Dan Costello, MSW, earned a master’s degree in social work from the Saint Louis University School of Social Work. As a medical social worker for thirty-five years, he assisted critically ill people during the last days and hours of their lives as they prepared for death. Costello has worked for a community hospice and in other medical settings.