Anything Matches If You Wear It with Confidence 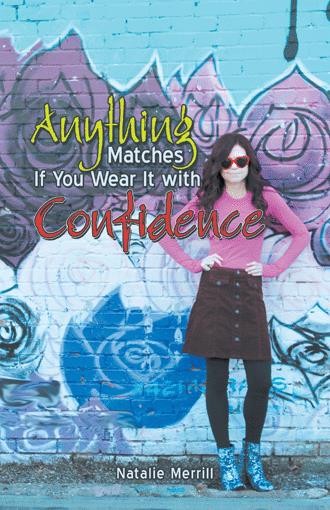 My last three weeks in Dallas were kind of a blur, and it was probably good that it happened the way it did (I mean, of course it was). I didn’t really have time to feel much more than the slight twinges of fear I mentioned. There honestly wasn’t even time to feel reminiscent or emotional—there was way too much anxiety going on to make sure that I got my apartment packed up and car loaded. I only took what would fit in my car, so everything else had to go.

I knew the trip was going to take a little less than 21 hours to complete, but I didn’t want to break up the drive evenly—it seemed a lot more daunting—so I decided driving a little more than 15 hours on the first day and then a little more than five on the second would be better (which is weird because I hate numbers in increments of five). I don’t think I’d ever been in a car for 15 hours at a time, but it seemed doable.

Please take note: Spending 15+ hours in a car is A VERY LONG TIME, so please make sure that fully sinks in before you start the trip. However, it is indeed possible, though sometimes painful. Wintergreen Tic Tacs helped us survive.

Thankfully, my sister made the trek with me. I honestly don’t know how I would have endured that journey without her without going completely insane. Sure, she slept some in the passenger seat (she was awake most of the time), but she also drove for a couple of hours to give me some rest, which was very helpful—after all, how else was I going to catch up on my Instagram feed?

You know, the important things.

It took a fairly long time to get out of Texas (it’s beyond huge), and we only got pulled over once (THANK YOU, state trooper, for letting us drive away with only a warning). After we parted from Texas, even though we drove through lots of desert stretches, it was an incredibly scenic drive. Plus, we had some really solid playlists to keep us going—special thanks to Taylor Swift (obvi), Kelsea Ballerini, Thomas Rhett, Matt Wertz, and all of those old-school 90s pop artists on Spotify. I feel bad for all of the people who have to make long drives without my sister along for the ride—they’re missing out. (As a side note, she’s not available to be a passenger upon request, so please do not inquire.)

It was a whirlwind of an adventure getting out there and getting me moved in. I’ll forever be thankful that she made that trip with me, and it wasn’t until I dropped her off at the airport that Sunday morning that it hit me like a linebacker sacking an unsuspecting quarterback who was looking downfield: I’m all alone in California, and I don’t know a soul.

The first three months there were rather tough, and I cried more than I want to admit. When I started to feel all of the feelings when I was at work, I would go lock myself in the bathroom, slide down the wall, sit on the floor (I know—gross), put my face in my hands, and then just let all of the tears fall. And then I would try to wait long enough for most of the splotchy redness on my face to disappear before I returned to my desk.

I knew that I wanted and needed friendships, so as soon as I moved out there, I started asking people to go grab coffee. I actually hate coffee, but it seemed like a good way to chat with people and get to know them better. I got plugged in at my church pretty quickly and frequently invited myself places with people. I have no shame, my friends. I also joined a flag football league, which was a ton of fun and reminded me what it was like to be part of team sports again.

Even after getting to know people and becoming more familiar with the area, though, I still didn’t feel settled. Sure, I loved being able to go to the beach whenever I wanted or go hiking in the breathtaking hills that overlooked the ocean, but there was still something missing. I remember breaking down into a reservoir of tears one Saturday afternoon while I was driving (I probably should have pulled over because my eyes were filled with way too much water to see clearly) and crying out to God: “Why am I out here? I listened to You and came to California, but why does it still hurt so much? What am I supposed to do here?”

And then that same quiet but powerful voice that I’ve become so familiar with whispered back: Don’t you trust me?

I’m not going to say that everything became incredibly easy after that moment, but there was a peace in my heart that hadn’t been there before. For the first time since I had moved to California, I truly felt God working in my heart and doing something big. I knew that He had called me there with purpose, and I became more excited for whatever He had in store for me.

Anything Matches If You Wear It with Confidence is a reminder to all readers that they can be comfortable and confident being themselves and that their identities shouldn’t be found in other people or things.

And always remember: You are valued, you are loved, and you matter.

Natalie Merrill is a high school teacher who loves Jesus and sports and who could eat Wheat Thins and froyo for every meal. Seriously. She truly believes that anything matches if you wear it with confidence, and her life motto is “be brave,” something she even got tattooed on her arm to serve as a constant reminder.