A Theology for Real Life 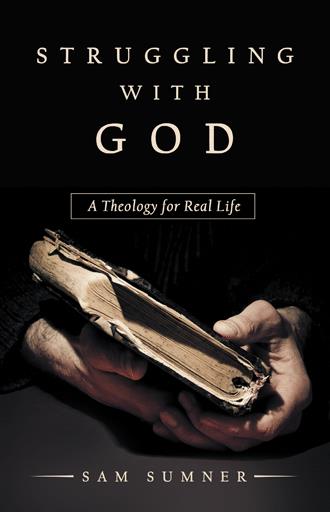 It is in our struggles we more clearly see God and when God most dramatically changes us. The “heroes” of Scripture are those who engaged in that conflict and though deeply flawed, sometimes frustrated, and often questioning God, they did not quit wrestling, they persevered and found themselves with a deeper, more intimate knowledge of the God they worshiped and a clearer understanding of His will for their life.

Real theology does not happen in a vacuum but in real life and through real struggle. As we go through just a few key aspects of the Christian faith, I hope you are challenged. I hope you will allow the Holy Spirit to show you yourself in the light of Scripture. I hope you will engage God personally throughout this book. This can be more than a mere mental exercise but an encounter. As Christians, we see our struggles, our questions, our difficulties, and even our internal frustrations as opportunities to go to God, and though we may not find every answer and life will not always get better, we find that God is there just as he promised Jacob; “I am with you . . . for I will not leave you until I have done what I have spoken to you.” In his landmark book, The Holiness of God, R.C. Sproul wrote, “…for the transforming power of God to change our lives, we must wrestle with Him.” As God works in us during our struggles, He will change us into the image of Christ which is His will and ultimate end of all good theology...

Just as God had done with many of the Old Testament prophets, He hid Saul away in the deserts of Arabia for about three years. There, Saul likely wrestled out his theology in light of the Scriptures and his dramatic encounter with Jesus. It must not have been easy for Saul to unlearn everything he thought he knew, but the truth could not denied. N.T. Wright suggests Saul was following the traditions of the prophets, like Elijah, by going to the desert, and in doing so, he may have been complaining, questioning himself, and seeking clarity. Those questions that bombarded his thoughts during that period of blindness were worked out in great detail here, alone, in the desert, in prayer and study. It was in that desert that Saul’s most profound struggle took place. No longer was he fighting evil by attempting to purify his religion and maintain his own personal holiness, but he was embracing a victory over evil that had already been won on a cross by a slain carpenter from Nazareth who was God incarnate. Saul died in that desert as did his attempts to save himself by piety and zeal. The man who emerged would be a man utterly dependent upon God’s grace and wholly devoted to His message; God has come into the world in the person of Jesus Christ to save sinners. Eventually, Saul’s name would be changed to Paul as a testament to his change in character wrought by God.

After his amazing encounter, Paul would never be the same and neither would the world. He would become the church’s most zealous missionary, and he would take the message of Jesus far beyond the region of Judea. He would preach in the ancient world’s largest cities, plant churches, become a pastor’s pastor, and raise up leaders all over the Roman Empire, and he did it in a day when travel was tedious and treacherous and when the main form of communication was letters. His letters would eventually make up nearly two thirds of the New Testament, and his articulation of the person and work of Jesus Christ would be unmatched. By his personal encounter with Jesus and through the tutelage of the Holy Spirit, Paul would not only bring clarity to Jesus and His work but would also, like no one else, explain exactly how those truths should impact the lives of all believers.

The Christian has been given the great privilege of knowing God through Jesus Christ. While the Bible clearly shows us who God is, what he has done for us, and what he expects from our lives, that knowledge is nothing more than accumulated information unless acted upon. That knowledge must be wrestled out in everyday life as we seek to truly experience God for who the Bible declares him to be and seek to submit ourselves to his ways.

In Struggling with God, author pastor Sam Sumner gives all Christians a basic overview of some key beliefs and practices of the Christian faith. Using examples from his own life and scripture, he shows how God patiently perseveres with those who struggle to know him and live in a way that pleases him.

Dealing with such deep themes as the trinity, the struggle between good and evil, the redemptive story, the deity of Christ, and even the Holy Spirit, Struggling with God presents a theology for real life.

Sam Sumner is the pastor of Pathway Church in Beulaville, North Carolina, where he served as youth pastor from 2003 to 2006 while also teaching in the public school system. He earned degrees in history and education from the University of North Carolina Wilmington and a master’s in theological studies from Liberty University. In 2015, Sumner returned to Pathway Church where he serves the people as their senior pastor alongside his wife and two children.