Is God Silent When We Hurt?

The Problem of Evil and Human Suffering: Answers from History, Reason, and Theology 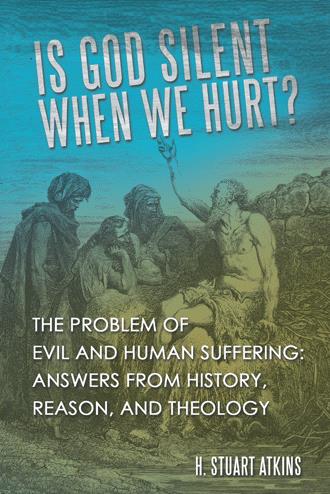 First, any acceptable approach to a logical examination of evil must include precise logic. More inconsistencies arose from the nontheistic methodology rather than from the theistic arguments in question.

Second, if one is to use logic as a tool for exposing the alleged inconsistencies of theism, the game must be played by correct logical rules. Ambiguity, circular reasoning, questionable cause, and other fallacies are serious problems in the nontheistic critique of the problem of evil.

Third, when any attribute of God is discussed, it must never be used in seclusion from His other attributes. For example, to say “God is love” does not define God. Rather, it is to speak of one aspect of God’s character, an aspect which must be considered in relation to His other attributes. There is no room for superficial theology.

Fourth, the theist must demand soundness rather than just validity concerning arguments against theism.62 The nature of the false premises that shape the thinking of many nontheists is clear evidence of validity without soundness.

Fifth, it is essential that evil be taken in the context of chapters 1 through 4 of our study. These chapters are an essential foundation for the logical and theological elements of the present discussion.

And last, logic alone is by no means the final answer to the problem of evil and suffering. A sound syllogism will not dry the tears of a woman mourning the death of her innocent child. At best logic can show us that there are theoretical and conceptual answers to apparent contradictions.

We must now shift to both the intellectual and experiential aspects of evil and suffering. Our final chapter will focus on the greatest apologist of the twentieth century: C. S. Lewis. In Lewis, we find a personified illustration and summation of the crucial issues in the preceding five chapters. Lewis not only thought deeply concerning the ramifications of pain and suffering; he also experienced firsthand the grief of observed pain. It is to this comfort from Narnia that we now turn.

The problem of evil and human suffering is the chief reason for atheism and doubt.

H. Stuart Atkins challenges skeptics and encourages believers in this book, tackling big questions from a secular and biblical perspective. The goal is to answer this: If God exists and is all loving, why do the innocent suffer and why does evil exist?

On the theological and philosophical side, attempts to reconcile the existence of God with the reality of evil often fall prey to logical fallacies of the nature of God. Such attempts not only fail to solve the problem of pain and suffering, but they turn a difficult problem into an impossible problem. By confronting the truth, we can serve the best interests of scholarship, theology, and philosophy.

If one is to use logic as a tool for exposing the alleged inconsistencies of the Christian faith, the game must be played by logical rules. Join the author as he overcomes ambiguity, circular reasoning, and fallacies to answer questions surrounding God, good, and evil.

H. Stuart Atkins earned a Bachelor of Arts from Columbia International University in biblical studies, a Master of Arts in apologetics from Trinity International University, and an MBA from Pepperdine University. He worked in corporate marketing for over twenty years and is an adjunct marketing professor. He founded Atkins Marketing Solutions in 2008 and is the author of two books on digital marketing. He lives in Orange County, California, with his wife. He’s a dad of three children and is a new grandfather.