Revelation of Opportunity through Spiritual Gifts 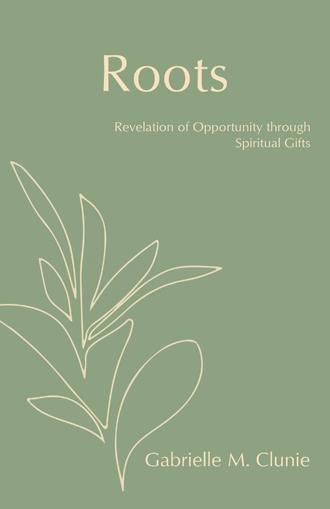 While I would love to go on an IKEA shopping spree and buy things to decorate my apartment, I’ve found that upcycling projects on Pinterest have not only been more cost effective but an overall fun way to decorate! By definition, to upcycle something is to reuse a discarded material or object in a way to create a new product of higher quality or value than the original product.
As I thought more about this concept of upcycling and how it relates to faith, the Holy Spirit laid on my heart the story of the conversion of Saul to Paul on the road to Damascus. In the book of Acts Ch.9, the bible tells of a story about a man named Saul who was persecuting followers of Christ. He was on his way to Damascus to continue this persecution of men and women, when suddenly, he was blinded by a light shining down from heaven. After this interaction, Saul was blind and had to be led to Damascus by the other men he was traveling with where he would later come in contact with a man by the name of Ananias. When God approached Ananias to tell him Saul was coming, Ananias was skeptical because he knew Saul had been killing his fellow brothers and sisters in Christ.
Ananias’ hesitation is something that many people, myself one hundred percent included, are guilty of. We may know someone that has messed up in life, or their character is in a shocking state and so we believe they will never be able to turn their life around. What’s worse than passing judgement onto others is that we may have that same belief about ourselves. We choose to not give ourselves over to God to be used by him to uplift his kingdom because of guilt. Guilt from past mistakes come to the forefront of our thoughts and cripple our hope for the future to be different. God nipped it in the bud for Ananias by telling him, I’m aware of what he has done, but that is no longer going to be his life path. I have chosen him. God chose to upcycle Saul to be a better product- a higher value- to be used for his kingdom. Saul is later transformed into Paul, and because of the renewed purpose that God placed over his life, Paul went on to write most of the New Testament. And what God did for Saul, now Paul, he will undoubtedly do for you too.

Faith isn’t the absence of doubting or manifesting a life that’s problem free. Instead it’s the bold decision to seek and engage in a relationship with our loving Creator, Abba Father. I asked God, “Why am I here? What does my life mean?” Taking my hand, He led me onto my faith journey of discovering what it meant to free fall in His grace, be covered in his love, and understand why I was created. He revealed to me spiritual gifts that He had knit within to be revealed for a time such as now. R.O.O.T.S. was written and birthed out of the burden placed on my heart to see God’s glory manifest into the lives of His children so that the world may witness his radiance. His plan for your life and mine are linked to the eternal glory of building His kingdom. Be bold. Arise. Take the journey with God and discover the plans He has for your life.

Gabrielle Clunie had an unforgettable encounter of God’s grace in 2016 while she was studying abroad at the University of Sydney. Away from the clamor of voices of her life, in the quiet meetings in her room with God she decided to drop the plans she had for her life in pursuit of the vision God had. This yes led to her moving to Australia for a year and a half to deepen and further pursue her relationship with God. It was there she received revelation of her own spiritual gifts and the purpose God had for her life to help build His kingdom. Heeding his voice and direction, she currently resides in Brooklyn, New York the birthplace of her own story and works as a middle school teacher.