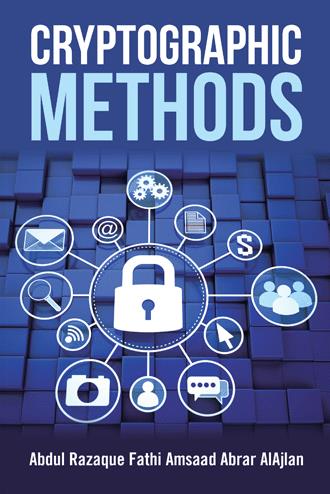 Cyber Security cryptographic protocol can be divided into two categories: symmetric and asymmetric. In the symmetric-key algorithm, the sender and receiver use the same key to encrypt and decrypt data. It can be divided into two categories: block and stream. Block algorithms encrypt many bytes at a time, and stream algorithms encrypt data byte by byte or bit by bit. Symmetric-key has several advantages: First, it is incredibly secure because it is almost impossible to use a brute force attack to guess the key. Second, compared with the public-key algorithm, which is another kind of cryptographic algorithm, the symmetric-key algorithm is relatively fast because the key is not very complicated. However, symmetric-key algorithms also have some disadvantages. First, if the key seeps, everything encrypted with the key can be decrypted. Second, there are challenges in finding a safe way to share the key. Sender and receiver must find a safe way to pass the key to the other party, but if such a method already exists, then they do not need encryption. In symmetric cryptographic protocols, there are five original protocols, which include many other protocols derived from the originals: Triple-DES derived from The Data Encryption Standard (DES), and Twofish algorithm and Threefish algorithm derived from the Blowfish algorithm.

In the asymmetric-key algorithm, only a pair of matched public keys and private keys can be used to encrypt and decrypt the plaintext. When plaintext is encrypted by a public key, decrypting ciphertext can only be completed by using the private key; the sender knows the public key of the receiver, but only the receiver understands the private key.

The Asymmetric-key algorithm has several advantages: First, there is increased security, as the receiver is the only person who knows the private key. Second, it avoids the problem of transferring keys because there is no need to exchange the private key. However, Asymmetric-key also has disadvantages. The main one is speed. The asymmetric-key is slower than the symmetric-key. Thus the asymmetric-key algorithm is not suitable to encrypt large amounts of data. In asymmetric cryptographic protocols, there are eight original protocols, which include many other protocols derived from the originals. For example, XTR has a derivation of Diffie-Hellman, ElGamal Encryption, and GGH encryption schemes.

The Coppersmith method and Wiener's attack are the derivations of RSA. CEILIDH comes from the discrete logarithm records. Also, the Massey-Omura Cryptosystem comes from the Shamir three-pass protocols. The Niederreiter cryptosystem is the derivation of the McEliece cryptosystem. The Naccache–Stern cryptosystem and the Benaloh cryptosystem are the derivation of the Goldwasser Micali cryptosystem. There are many derivations of Digital Signature; for example, the Blind Signature, the Boneh-Lynn-Schacham, the Pointcheval-stern signature algorithm, and so on. The Schoof-Elkies-Atkin algorithm and the Elliptic curve cipher system come from SCHOOF'S Algorithms. In this book, known symmetric and asymmetric protocols are discussed. The structures, characteristics, and challenges of these protocols are briefly deliberated. This book will significantly support to undergraduate and graduate students who take their majors as cybersecurity and also want to explore the taxonomy of these cryptographic protocols. There are exercises and review questions that have been included in this book for the practice of the students and learners.

This textbook provides a piece of adequate information about cryptographic methods, which are of paramount significance for the cyberspace world. It involves the state-of-the-art cryptographic algorithms that are either being used commercially or become standard. This book is about building the influential concept of the learners to identify the significance of those cryptographic algorithms. It is highly useful in conducting the hands of experience. This book is designed for a wide range of individuals who are highly intrigued to improve their knowledge as a cybersecurity professional.