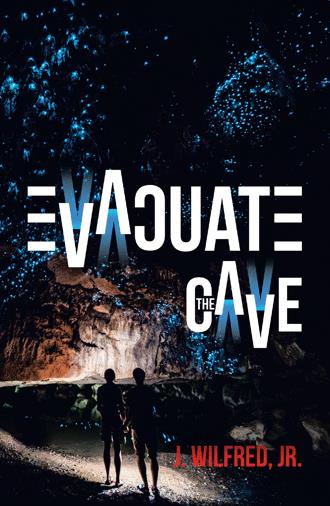 “Where are you going?” huffed Jason as he struggled to keep pace with Aaron’s long strides through the forest. “You can’t go back for Evelyn by yourself. You need physical and spiritual sustenance. You need to rest and we need a plan,” continued Jason as he caught up with Aaron and seized his shoulder.

Jason was caught off guard and almost lost his footing when Aaron placed both arms around him and broke down in tears. Jason silently embraced the taller and stronger young man as he sobbed onto his shoulder.

“I don’t know what to do,” cried Aaron between sobs. “My whole family’s gone, the orphanage is destroyed, and the town is deserted. What hope do we have?”

Jason pulled back and said, “We have something stronger than hope. We have faith. Faith in a powerful Creator who has already given us the victory over our hopelessness and death itself. Everything you just said is inaccurate, Aaron. The orphanage has been, shall we say, ‘relocated’ into town. That means Woodland’s not deserted. And we, all of us who are left, are your family. Our Heavenly Father does not sleep nor slumber, and His purpose for you on this planet is not to give up or try fighting on your own. Think back to the times you were delivered from your enemy. How did you overcome?”

Aaron used the back of his sleeve to wipe the snot from his nose. “Well,” he began, “Christopher prayed right before we discovered Abba had led Ilissa to us. Later, she screamed a one-word prayer before the cave fell in all around us.” He paused for a while as his eyes opened wide saying, “And the girls were praying immediately before the flood of water cleared the way for our escape!”

Jason looked directly into Aaron’s eyes saying, “There are spiritual battles all around us and we are incapable of winning this war on our own. When we connect with Abba’s Spirit through prayer, we have access to His wisdom and supernatural power; the same power that created the Heavens and rose the Emancipator from the grave!”

“Will you pray for me... and Evelyn right now?” whispered Aaron.

At the same time, far inside the cave, an uncomfortable sensation overwhelmed Evelyn. She gagged on the fruit she had in her mouth and splatted the remaining portion against the wall.

“Are you trying to poison me?” she screamed at the woman squatting before her. A sharp pain in Evelyn’s stomach prevented her from attacking the woman who began to retreat.

“No! Not at all,” replied the troglodyte woman, “I was only curious about your visit to our home. Let me help you.”

Evelyn raised both arms and exclaimed, “Stay away from me! Don’t think I haven’t noticed the fact that you speak my language. You’re probably some sort of spy or assassin sent by the Goblin King, aren’t you?”

“Don’t be silly, Evelyn,” she replied.

Evelyn shuffled back in too much pain to stand. “Then how do you know my name?” she questioned.

The woman crept closer and chortled, “That’s what the guys in the bright robes called you wasn’t it?”

The pain in her stomach seemed to increase the strength of her headache. The sound of her own name echoed at a distance while lights seemed to flash inside her closed eyes. All taste in her mouth disappeared, then the flashing lights in her head faded as she lay motionless.

She awoke to a slight ringing in her ears, then almost immediately noticed she was no longer laying directly on the cave floor. Unable to move or see anything, she began to scream, but the cloth tied over her mouth muffled most of the sound.

“It’s about time you woke up, Evelyn,” said the familiar troglodyte woman’s voice behind her. “I brought you to my den for your safety, and tied you up for mine. I’ll take the gag off if you promise not to scream or bite.”

Evelyn spit into the darkness as soon as the damp cloth was removed from her mouth. “Where are you? Let me go so I can scratch your useless eyes out!”

The woman replied calmly, “Now, now... Is that any way to talk to your elder; especially one who helped you recover from a life-threatening overdose? If the goblin guards or one of our men would’ve found you unconscious... let’s just say they wouldn’t have been as caring as I have been.”

“You gave me that fru..,” Evelyn began to scream, but was quickly gagged once again by the stranger. She felt her hot, malodorous breath directly in front of her whispering, “Oh, Evelyn. I’m truly disappointed in you. I would’ve thought that a person from the surface would have more self-control than you’ve shown so far. Maybe it was a mistake to bring you here.”

Evelyn exhaled as she heard the woman walk a few steps away and saw her tall silhouette against a wall of bioluminescent insects. In a sudden swipe of her arm, hundreds of the creatures fell onto the floor and into a container she was holding. Some of the insects crawled out of the bowl and clung to the woman’s body as she took a stone and crushed them into a slimy blue liquid. She dragged a stool across the floor and sat a few feet in front of Evelyn while humming a familiar tune. Evelyn could swear the woman was close enough to hear her heart beating. She saw her dip two fingers and smear the bright blue slime on her own forehead, then under each of her dark eyes. The woman then seemed to disappear as she lifted the bowl to her face and slurped down its contents. She didn’t bother to wipe her glowing, blue lips before dropping the bowl to the floor saying, “Alright, Evelyn. Let’s try this again.” 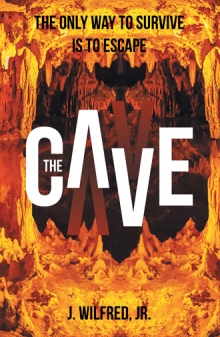 Some time ago, Aaron and Evelyn Freeman’s seemingly ordinary existence was turned upside down when they met a mysterious boy from the underworld. Now the orphanage has been destroyed, the Brotherhood is in disarray, Evelyn is still at large, and Aaron is battling the overwhelming guilt that comes with not being able to save a girl who died in his arms.

Aaron and Christopher must rely on their unyielding faith in God as they search for a way to return to the cave to rescue the last group of refugees before they are lost forever. Prophesies are being fulfilled and signs of the end are evident to all those who are attentive. Judgment will come, the wrath of the Emancipator will fall on all who are against Him, and the lost sons of Abba will be revealed before the final, decisive battle to end all wars. Who will survive and who will be cast into eternal darkness before the cave is evacuated?

Evacuate the Cave concludes the exciting tale of the Freeman family and the lost troglodytes as they await their eternal destiny.

J. Wilfred, Jr. and his wife have been building and strengthening ministries in multiple church congregations internationally for over twenty years. Their dedication to expanding God’s kingdom on Earth has led them to help found several Christian schools and use their time and resources to train future generations.