For Such a Time as This

Standing for Truth When Leadership Stands Against It 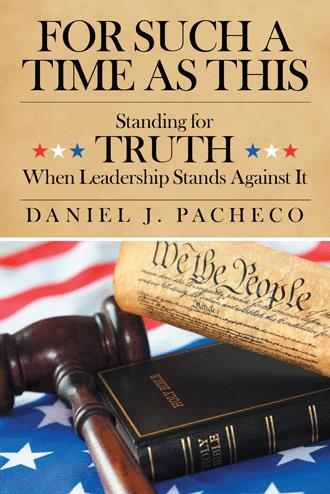 Interestingly, when Communism began to expand across the globe in the 1950’s, Congress adopted the current version of the Pledge of Allegiance as an official creed of the United States. For decades, children in schools across this nation recited the pledge’s phrase, ‘…and to the Republic for which it stands, one nation under God….” While our country was passing the baton of our nation’s connection to our Creator to our children, the Iron Curtain of communism was spreading across the world. The cocktail of man-centered government and atheism marched within the borders of numerous countries, suppressing the rights and freedoms of those who stood in their way. Though our nation was far from perfect at the time, the irony shouldn’t be lost on us. Standing for and promoting our freedom of worship and faith in God paralleled His blessing on our nation all-the-while the repression of faith in God under communism resulted in untold misery for the masses who lived at the whims of their communistic rulers and captors.

I wish I could say that today we as a country appreciate the freedoms that have been granted to us and are thankful for the faith of our predecessors, who led us as a ‘nation under God’ versus a nation under man and the painful thumb of totalitarianism, but as I listen to many in the Democratic Party campaign under the banner of socialism while expressing disdain for our biblical heritage and historical affirmation of God in the halls of government, I can’t help but wonder if the majority who vote and follow mainstream media are about to take us on a journey down the road that leads to tyranny.

I focused on Communism, but in reality, anything that turns us away from our biblical Creator will create a similar outcome. We see this in Islamic countries ad-nauseam, whereby religion itself suppresses and rules over the masses much to their own detriment. I understand the reality that to say that we are a nation under God and to think that such spiritual depth permeated the halls of Congress back when the Pledge was finalized in 1954 is altruistic thinking at best, but our laws and the words of our leaders, for the most part, towed the line and stood committed to the protection of our inalienable rights. That no longer appears to be the case.

As a high school teacher, I was puzzled by how many students could pass the Constitution test, but couldn’t articulate the meaning of ‘Republic’ in our Pledge of Allegiance, let alone, explain the reference being made to God. To reinforce my concerns, I posted in my classroom a quote from President Reagan, referencing the Pledge, stating, ‘if we ever forget that we are one nation under God, then we will soon become a nation that has gone under.’ Reagan understood the importance of biblical faith in the values and standards of a free people (I would challenge you to read his biography to understand the importance of biblical faith in his upbringing), but he also understood this could be undone if we forget our moorings to the one who created us and our accountability to Him.

Landmarks of the Christian faith in our country are being removed or stricken from the record at an alarming pace. For years the Democrats claimed that they to were a people of faith and values and sought to protect the freedoms granted by our Creator and yet, it is that very party that has provided the governing hands to undue the biblical tenets either directly or indirectly through the promotion and protection of special interests groups in our land. Their mask of deception has come off and their intentions are no longer hidden in the rhetoric and double-speak of semantics.

Sadly, many of our denominations that should have stood guard against the enemy of our souls in all manner of spiritual battle, find themselves asleep at the wheel in the war against our inalienable rights or have themselves turned away from the truth and can no longer discern between the Spirit of truth and the spirit of error.

In one sense, yes, we are a nation under God, but not as his chosen people. America is not the tale of two nations, but of one nation among other nations that for a season served as a beacon of light and justice in the world because the Light of the Gospel penetrated our nation to a point, but like all other nations that have come before it, the God of this world lays claim to his own and apart from the grace of God that guards the hearts and minds of those in Christ Jesus, is continually seeking to transform the nations to his own liking, albeit on a temporary basis.

Although much of what will be communicated in this book may be sobering for us to read, yet I hope you will find that as we lay the groundwork for what is happening today in our country, many will take comfort in the fact that God is creating a ‘holy nation’ of individual believers in Christ - his Church! And the future is glorious for those who await his appearing (Titus 2:11-13)! It is my prayer as you continue on, that you may find yourself a partaker of God’s purpose and plan in these days, ‘…that ye should show forth the praises of him who hath called you out of darkness into his marvelous light.’ (1 Peter 2:9)

A nation that once embraced “one nation under God” as a government creed is rapidly choosing to forget its spiritual foundations.

Sadly, many in our churches today appear unaware of what the progressive agenda of the left means for American citizens who stand on principles of biblical faith.

Daniel J. Pacheco, a retired Navy commander, challenges that agenda in this political commentary, highlighting what we can expect if we allow progressive leaders to continue trampling upon principles of faith. He answers questions such as:

How are landmarks of Christian faith being removed from the record at an alarming pace?

Dan doesn’t just regurgitate the good and bad of today’s leadership – he takes a step back to analyze the moorings of our leadership in the light of Scripture. In doing so, he provides a blueprint to applying biblical truth to navigate times such as this.

Daniel J. Pacheco retired as a Navy commander after twenty-seven years of military service. He subsequently served as a senior Naval Science instructor in NJROTC for eleven years. In conjunction with his military career, he was a certified health care executive and earned a master’s degree in health administration. His background in leadership and education combined with his years as a lay teacher of the Bible gives him a fresh perspective on what is happening in America today.