Experiencing God in THE HIDDEN PLACE

A Journey of Hope and Healing 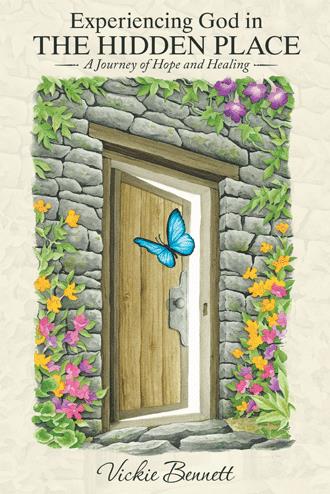 It had been a little over a year since our first adoption. Returning to China for our second trip to bring home a new son. We offered to return to our daughter’s orphanage to deliver donated items for the children there. We were told that this orphanage was closed to outside visitors. We expected that this visit would be short. We would not go inside, and we would simply smile and accept their gratitude.

We loaded into the elevator which took us to the eighth floor. As we entered the nursery, the first thing that I noticed was the silence. You could have heard a pin drop. Everything was sterile and heavy, and the words that came to mind as I stood there were “silent prison.”

At least one hundred cribs were lined up head to toe. Throughout the three rooms, I spotted two or three nannies who appeared to be busily working, though they never spoke a word.

Despite it being early in the morning, I assumed from the silence that it was nap time. I slowly walked up to the first crib and peeked inside. Looking back at me was a baby with big beautiful almond eyes just like my daughter’s. The baby was wide awake. I quickly looked down the row of cribs and realized that not only was each crib occupied with a baby, but all the babies were awake. I gasped and said, “Jim, look! They’re all awake!”

I motioned to the Director, using gestures to ask if I could pick up the baby. She said yes. As I scooped up the baby, two things happened. First, I almost dropped her as she slowly started to fall backward out of my arms—she was unable to hold up her head even though she was at least six months old.

Secondly, I became overwhelmed by a smell. The baby’s odor was a pure stench. Instead of a diaper, she had at least half a dozen filthy shop rags wrapped around her bottom and covered in plastic. The plastic was tied with what looked like a bungee cord. The smell of urine and filth nearly took my breath away. Jim and our teenage daughter who was with us also picked up babies to hold.

Have you ever had something happen to you that you knew instantly would change your life? For me, this was that moment.

My simple country-girl mind never knew that such injustice existed in the world. These children were literally warehoused, and to see it and touch it was profound. In that instant, something inside of me broke, and I was completely and utterly undone.

It took everything in my power to fight back the tears. I had a huge lump in my throat. I was so afraid that if I cried it would make a scene, and the orphanage staff would ask us to leave. So, I took a deep breath and tried to gather my composure.

As we moved throughout the rows of cribs, it became apparent that the babies were in order based on their age. The further down the rows we went, the older the babies appeared and the worse their conditions.

By the time we arrived at the back of the room, the babies were lethargic at best. They had sores and flat spots on their heads from laying in their cribs 24/7.

Their cribs were nothing more than metal bars with a wood board for a mattress. The babies barely responded to our voices, and they made little to no eye contact.

At one point there were a few babies who appeared to be crying. Even though their mouths were open, we could not hear an audible noise. They were literally crying in silence.

The taxi ride back to the hotel was silent as we tried to process what we had just witnessed. That night I tossed and turned. I could not sleep. Every time I closed my eyes, I would see the faces of those precious babies. They haunted me. Once your eyes have seen such horror, it can never be unseen. Ever.

At around 2 am I finally gave up trying to sleep and moved to the chair in our room. I sat there numb. I wanted to pray, but I didn’t know what to say.

Finally, the flood gates opened and all I could do was cry. I cried until there were no tears left inside of me. Then I just sat there in the dark.

Suddenly, a wave of righteous anger swelled up inside of me. Words flew from my heart and out of my mouth, “God, I have no idea how to help those babies, but if you will provide a way, I will do whatever you ask of me to help them.”

Even though at the time I had no idea what that simple prayer meant, I knew that I meant every word of it; it was not spoken on a whim. I was certain with every particle of my being that I would do whatever I could to help those babies if God would provide a way.

Little did I know that simple prayer would catapult me into a decade long journey of serving the orphans in China.

A journey that would take me behind the walls of a communist orphanage. Experiencing firsthand the harsh reality of daily life as an orphan.

Experiencing firsthand the effects that abuse and neglect have on the human spirit.

In The Hidden Place, Vickie takes you on a rare journey behind the walls of a communist orphanage and the harsh realities of everyday life as an orphan.
A journey that began with her “Yes” to God, taking her and her family to China, to serve the orphans living there.

Vickie will share stories of the children she met, the brutal effects suffering and injustice had on them, and her determination to right the wrongs of injustice to orphans.
Being sold out and obedient to everything God asked resulted in a ministry dripping in God’s favor and extravagant provision.

Until one fateful night when a single event would change everything, and her life would never be the same.

What do you do when:

Those were the questions on Vickie’s heart when God answered her with His own question, “Will you come away with me to the Hidden Place?”

In the Hidden Place, you will not only learn the answers to these questions, but you will experience God and encounter His Presence in ways you never have before as He asks you the same question:

“Will you come away with me to the Hidden Place?”

VICKIE BENNETT is the Founder and Director of two charities operating inside a communist orphanage. She is a speaker, trainer and adoption advocate. Vickie and her husband, Jim, have seven children. Her favorite activity is spending time with God while taking in her first cup of coffee for the day.