The Secret Life Of A Mennonite Family 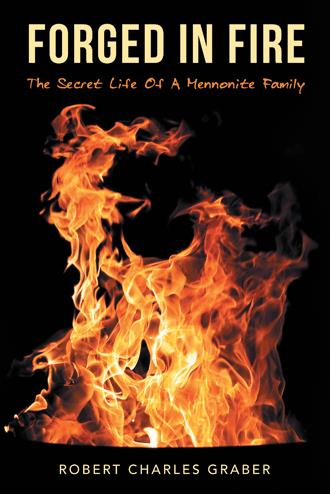 After sitting in the cab of the pick-up for two hours, I was getting really cold and decided to

go into that forbidden establishment in spite of my age. I assumed that the people in that

establishment couldn't do more than tell me I had to leave. I felt that going into the pool hall

would be a good way for me to warm up a bit and see if my father was ready to go home. So

I crawled out of the pick-up, making sure that I didn't lock the doors so I could get back into it

if I needed too. I walked on the Main Street sidewalk the short distance to the front door of

the establishment, opened the door and stepped inside.

Upon entering the dreary smoke filled establishment, I looked around for my father, but he

was nowhere in sight. I was shocked that he was not there. I wondered where he could be

since I saw him go into the pool hall, but now, I didn't see him anywhere inside this forbidden

place and I didn't see him walk out of the front door. The only other possibility was the he

walked out of the backdoor. But, if he did that, why did he do it and where did he go? Why

did he leave me sitting in that very cold pick-up truck when he said he'd be back shortly?

There was a group of men playing dominoes at a wooden table near where I was standing,

so I asked the men playing dominoes when my father had left the pool hall. To my surprise,

not one of those men could remember even seeing him come in. I knew that he came into

that establishment. I had seen him go in. At that point, a feeling of abandonment came over

me and I wondered what I could do about the situation I was facing. I realized that I had to

take care of myself. No one was there to do it for me. As I thought about my options, four

possibilities came to mind. I could go back to the pick-up and wait for my father to return. I

could walk to my maternal grandparent's home about a half mile away. I could walk the six

miles to my grandma's farm or I could walk the eight and one-fourth mile distance home.

None of those choices seem to be good options to me, but, they were all I had.

physical well-being. I eliminated walking the six miles to my grandma's farm and the eight

and one-fourth miles home because it was dark, there were coyotes out there at night, it was

very cold outside, and it would take me a long time to walk to grandma's farm or home. So I

return, hoping that he would be back soon.

I walked back to the pick-up, opened the passenger door, crawled inside the cab, locked

the doors, and waited for my father to return. I feared telling anyone about the situation I was

facing because I had been told that I could not trust anyone. As I waited for my father to

return, my mind went back to the time he put me out of the car and left me on that dark

country road, when I was only four years old. That same feeling of abandonment I felt at that

time came over me and since my mother and sister were gone, I felt that I was alone in the

world with no one to help me or care about what was happening to me. I felt that if I was to

survive situations like this one, I had to learn to take care of myself. My mother and sister

might not always be there for me when I needed their help. They were not there with me now

and I sure could have used their help. So, I became self-reliant and never expressed my true

I have no idea where my father went that evening, he never told me. He was gone for a

very long period of time. In fact, he was gone for about eight hours while I sat in the cab of

our pickup truck, with the temperature getting extremely cold. If my father had not taken the

up heater to stay warm. I did have a coat on, but it got so cold inside the cab that the coat

didn't help much. I sat there shivering for three hours before I laid down on the truck's seat

and tried to go to sleep. That did not work well, I was so cold and shivering so much that I

couldn't go to sleep. I shivered for the entire time that my father was gone and was happy for

the coat I had. It kept me warm enough so I didn't freeze to death. Without that coat, I am

not sure what would have happened to me.

When my father returned, unlocked, and opened the pickup truck door, he saw me lying on

the seat, shivering in the cold. At that point he realized that he had forgotten about me being

out in the cold for the entire eight hours he was gone. .

When Robert Graber entered the world into a Mennonite farm family, he was the boy his mother dreamed of having. However, his father never seemed excited about the arrival of a new son. Little Robert had no idea that his father’s reaction was only the beginning of what would become more than four decades of ill treatment—not just to him, but also to his mother and sister as they bravely faced hardships, fears, and rejection while living within their small, central Kansas religious community.

In a vivid retelling, Graber chronicles his personal experiences while growing up within a Mennonite family as his mother dedicated her life to raising her children to love the Lord—at the same time his father and religious community seemed unwilling to provide the same love and support. While detailing his loss of trust in those who should have been trusted, Graber shares insight into the physical and mental abuse he and his mother and sister endured, describes the events that led to their fears of losing their lives, and reveals how he eventually transformed into an advocate for young people.

Forged in Fire is the true story of the fears, rejections, and hardships faced by a Mennonite boy and his family living in a Kansas religious community.

Robert Graber spent thirty years as a classroom teacher, seventeen years as a substitute teacher, and forty-three years as a basketball coach. He and his wife and have been married for over fifty years, raised two outstanding children, and have seven wonderful grandchildren. Forged in Fire is his first book.