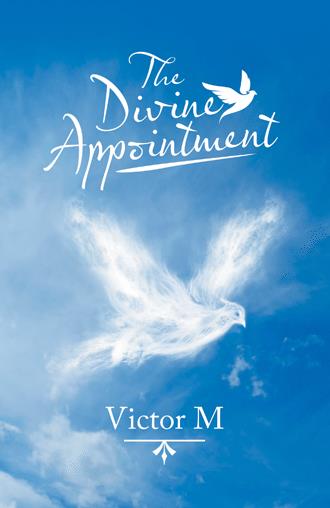 May 23, 2014 was a remarkable day of my life. We, my wife and I, were in US for our elder daughter’s wedding. On 23rd May, we had gone to ‘New Port Mall, NJ’ for some shopping. After our shopping we decided to go home to Berger-line 56th street where my daughter stayed.

We took our seats in the local bus to go back home when a message flashed on my mobile “wait for us we are reaching the mall,” The message was from my daughter. We had no other choice but to go back to the mall and spend some time till she arrived at the mall.

Soon after we entered the mall once again, I told my wife to enter Macy’s shop to see some interesting things for us while I sat on one of the benches outside the shop. Few people were also seated on benches around me while I waited for our daughter to arrive at the mall.

After about 15 minutes as I sat there, I saw an elderly lady from one of the benches walked towards a middle aged man seating opposite to her bench with guitar in his hand. She politely asked him something softly in his ears. By now I realized that she wanted him to sing for her. Soon this middle age man strokes his guitar and began singing in a soft voice for this old lady.

Sitting there on a bench I watched the whole scene to admire his singing ability. In few minutes into his singing I sensed a river of life began flowing towards me. I was astonished to understand the fact that here we wanted to go home and were brought back into the mall once again; now I have a divine visitation. This certainly made me think as to how God works in an unusual way to bless His children.

The singing continued for some time and the lady left the mall, while I waited there for my wife to come out of Macy’s shop, my friend the ‘Holy Spirit’ gave me an insight into the situation I was in. Slowly but surely the Lord spoke and put some words for this singer into my heart. I was glad that I am going to be a blessing to someone on a foreign land.

After few minutes my wife came out of Macy’s shop and desired me to accompany her to go around other shops in the mall. But I had a word from the Lord for this man and if my blessings were to be multiplied I had no choice but to give it to him the word from the Lord even though he was a stranger to me.

As I walk passed by the guitarist I took courage and said, “You have a lovely voice and I sense your promotion is on your way”. He an American looked at me in an astonished way and asked me who I was? Surprised to see an Indian speaking to him giving him some word he once again asked me who I was.

I just simply said, ‘you have a beautiful voice and your promotion is coming your way’. Then he said something that made me tell him that even though he sang softly for that lady, I sensed and saw a river of life flowing towards me. That was a point of contact that the Lord asked me to give him that word. Soon my wife began speaking to the guitarist and the man said I am DAVID.

We introduced ourselves and said how we were led to come back to the mall and how I sat at Macy’s side of the mall. We also told him the reason why we were in US.

Once again I reiterated that his promotion was on the way to which he immediately asked “ARE YOU A PROPHET?” I said it does not matter anything except about the word I gave him. After this David opened his heart and said that he was from Spain. He further added that he was in Goa a place in India as a hippie in 1970’s.

He then testified that he married one of the hippie girls’ and had three children. In the mean- time he with his family moved to US. He further said he was a good father and loving husband. As the days and months went by he accepted Christ as his Saviour to become a born-again believer. He faced many oppositions from family members for new faith. His family and friends deserted him and now he wants to live for the gospel of Christ.

David said that he comes to New Port Mall sometimes and the Lord met his needs there through people. He had such a great joy to share his life’s story with us as to how God has been good to him. He assured us that one day he wants to visit India and would meet us in our country.

Before we parted I pondered and interpreted the meaning of a word promotion to David. I told him that his singing was a gift which will bring him to a place before the church authorities and glorify the Lord. More importantly his reunion with his wife and his children was of great priority to me. His promotion also meant to me that David would become source of gospel preacher to hippie community around him. One day he would pastor to a Godly church and become a blessing to others in years to come.

This experience was so unique which made me understand the meaning of words Jesus said “For where two or three gather in my name, there am I with them.” (Matthew 18: 20), (NIV).

We both, me and my wife, were greatly rejoiced that we were truly great blessing to this brother. Today I see him as a motivator to me for this writing because I used my spiritual gift to help David.

Victor M’s spiritual journey began at an early age, traveling to Pune and experiencing power of God in a convention meeting, he witnessed Sister Florence spouse of Dr. Pastor Susai Joseph walking out alive after being declared dead towards end of meeting, he fell in love with Jesus Christ. He came to Bombay and obeyed in waters of Baptism in November of 1972 though he accepted Christ in November of 1970. Since then, he has searched for and explored deeper ways to experience his spiritual life, delving into the Bible.

In The Divine Appointment, he shares his walk. Through Victor’s personal testimony, scriptural selections, and stories, he talks about his divine appointment, the prophecies he’s received, and how he’s used those messages to live his life for the glory of God.

Victor delivers this message to help others search the heart of God more deeply by connecting them to spiritual blessings for practical living on a daily basis. The Divine Appointment helps believers soar like eagles to explore God-given blessings for their lives and how to be a blessing to others.

Victor M completed post-graduate work in organic chemistry. He accepted Christ as his Lord and savior in November of 1970.