Speaking Life to Influence Others 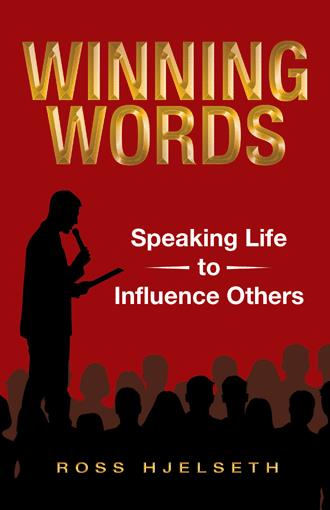 I have seen thousands of athletes respond to the demands of coaches. Sometimes these demands come in the form of exhortation to do one’s best. In other cases, the coach uses verbal reprimand to call his or her players to higher levels of accountability.

The most effective leaders and coaches understand that each person in their organization or team needs positive and negative reinforcement. A critical skill is knowing how, when, why, and to whom to provide this reinforcement.

Part of the value of a leader being close to his or her team is the cultivation of a keen instinct for the need for positive or negative reinforcement. The old axiom, “praise in public and critique in private,” applies in most situations, and also prevents a leader from misusing team members’ respect. Knowing how, when, and why the team or an individual needs reinforcement is crucial to the leader’s long-term success. Over-reaction to a difficult or challenging situation can cost a leader credibility with his or her team. The frequency of reinforcement can also be a key issue in terms of team morale. For instance, too many negative comments, corrections, or actions from their leader can cause a team to become bitter instead of better.

In teams and in organizations, seldom does a single person lower production or output. A leader’s ability to discern what or who is initiating the challenge equips him or her to determine how to best address the concern with the team or individual.

For every negative reinforcement or comment to a group or an individual, it is important that the leader or coach follow up with encouragement. Positive reinforcement can instill a quality of team belief, behavior, and confidence that will last over an extended period of time. Timely correction, rather than ongoing criticism, is received as temporary disappointment in achievement level, couched in overall confidence and care. Correction followed by encouragement is a positive approach to addressing a challenge.

As a head football coach, I did my best to cast a vision for success, call assistant coaches and players to accountability, and then exhort all that we would do our very best to succeed. I spent hours working on my game-day talk to the team prior to kickoff. I wanted my team’s preparation for the game to be solid in every detail, and I felt my role was to have them prepared mentally on game day. Most of my players would agree this was a highlight of my coaching effort. My pre-game talks were filled with “vim and vigor,” as well as conviction and enthusiasm that we would play well and we would succeed! Go Ranchers, Bison, Loggers, and Eagles!

When it came to correction or redirection, I had to ask myself if we were dealing with an isolated incident or an ongoing pattern. If something negative happened with an employee or a team member, we worked through the issues surrounding the incident, corrected all that could or needed to be corrected, and moved forward.

However, if an individual or a group was involved in a pattern of misbehavior, such as repeated tardiness or lack of compliance or production, this indicated we were dealing with a pattern. A pattern meant the concern was significant and the resulting correction was likely to be of greater consequence and longer duration. The negative pattern had to be neutralized, which in some cases meant we had difficult decisions to make about the future of a team member or employee. For example, a pattern of being late to work or meetings sent a signal that the person did not respect the responsibility to be on time or the value of team time. Hereto, the leader’s responsibility was to clarify the expectation, monitor the situation, and ensure the compliance of the person or group falling short in an area of performance.

In many instances, these corrective conversations between an employee or team member and me took place in a closed-door private meeting where we could address the issues frankly. If a meeting was successful, both the team member and I learned a bit more about the issue, and we left the room on a corrective course. In some cases, however, it is not clearly apparent whether the team member is willing to, can, or will make the correction needed to regain the trust and confidence of the organization and the team members. At these times, it is up to the leader to use his or her discernment, and take action accordingly. These are tough calls, but they come with the job and the responsibility.

I am a strong proponent of and subscriber to praise in public. As both headmaster and head football coach, I tried to be intentional about “catching people in the act” of doing things right. From my perspective, it was my job to publicly acknowledge positive actions and achievements.

We wrapped up every Life Christian Academy football practice with a few minutes of “‘attaways,” where players acknowledged great effort or plays by teammates. We did the same after every game, regardless of the outcome.

As LCA’s headmaster, I implemented quarterly meetings of all employees to gather our team, enjoy a snack or treat together, recognize exceptional effort, and celebrate our collective wins and achievements. I believe the positive, uplifting reinforcement conveyed at these meetings was one of the reasons most of our quality faculty and staff continued investing their talents at LCA for many years.

I’ve never met a person who said they received too much encouragement. Have you? Positive words make positive impact and motivate people!

Whether we have an audience of one or thousands, our words have influence and impact. The question is are they having the influence we want?

Ross Hjelseth draws on more than four decades of career experience in athletics and education in this guide to choosing the right words at the right time – words that inspire, encourage, guide, teach, empathize, and elevate.

The author shares maxims gleaned from teachers, coaches, and leaders, together with his own observations, to help you:

• empower yourself and those you care about

• develop leadership skills and insights to better serve others

• build relationships through listening, speaking, and observing others

• determine when to use positive or negative reinforcement

Each chapter concludes with several inspirational quotes from coaches and leaders, as well as thoughtful questions to help you make a meaningful difference in your life and the lives of others.

Serve people in every context and renew your focus on gratitude, encouragement, and teamwork with the lessons in Winning Words.

Ross Hjelseth is a leadership consultant and the president of Hjelseth & Associates, LLC. Leveraging more than four decades of career experience in athletics and education, he is passionate about helping others lead well. Ross believes in “speaking life” to build relationships with people. He lives in Washington state with his wife, Ronni, near their two grown sons and their families. Winning Words is his first book.