So You Want to Be a Street Preacher 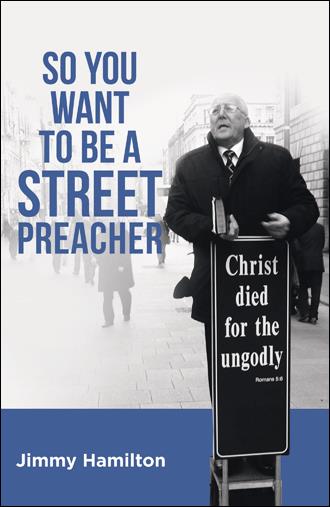 
Let me assume that you have been sent. You are an ambassador, you have the King's authority to deliver his message. You have the Divine promise that Christ will speak through you. If he doesn't speak through the preaching all that is heard is the sound of a man's voice and is of no avail. We live in times in the West when preaching is thought to have failed if it hasn't filled the church or the preacher doesn't have a number of scalps under his belt. The Lord knows how we have all felt the power of our failure in our preaching. And we have all had those times when we vowed to never to preach again. There has never been a preacher born of a woman who never felt that way, except perhaps the Lord Jesus Christ himself. No, you're not alone, we have all been there before you and we have got the T-shirt as well. But just like us, you will go back and back and back again and do it again, if God has called you. You just keep swinging the bat. But if you are to persevere in the preaching it is imperative to understand what the divine purpose, God's intent is, in the preaching of his word.

Now, in the West, such apostasy as deep and wide as was the past works of revival has now set in. There surely never has been in the history of redemption such a time as this. Humanity needs gospel workers—men mighty in the scriptures and filled with the Holy Ghost—to take the good news of the gospel again to the multitudes.

So You Want to Be a Street Preacher offers advice for men looking to fill this role, those who believe they have a gift to preach God’s Word and desire to reach the lost of this world. Author Jimmy Hamilton, a.k.a. the Street Preacher, writes in the hope that God will raise up an army of street preachers throughout the world and send them into cities, towns, and villages to herald Christ once again. In this way, God will be glorified, Christ lifted up, and the church gathered in from the four corners of the earth.

This guide for young men hoping to become street preachers seeks to take them with a heaven-sent love to rescue the perishing, care for the dying, and snatch them from sin and the grave.

Jimmy Hamilton is an evangelical Christian, Reformed and Presbyterian by persuasion. He spent eight years as a home missionary in the UK, working with an evangelical missionary society. He has ministered in churches throughout the UK and in Albania, Ukraine, Jamaica, and the United States. In his native Scotland, he is member of Partick Free Church of Scotland (Continuing) in Glasgow.