A Study of Biblical Women 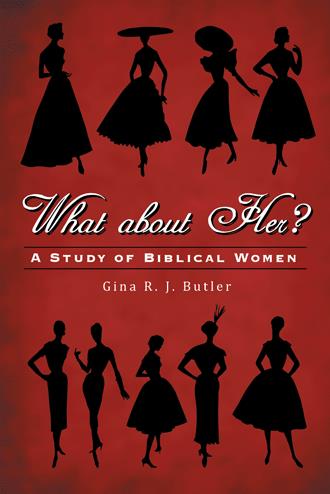 The next time scripture shows us Mary is on a day before Passover, outside of Jerusalem on a hill where the trash is thrown, and crucifixions take place. She is standing at the foot of one of the crosses on the hill known as “the place of the skull” because it looks like a skull from afar. The man nailed to it is barely recognizable. He has been so beaten and whipped and abused no one can really tell He is a man. But she can. She knows Him better than anyone else. She’s felt His heartbeat, she’s held His head next to her cheek, she knows what He smells like, she’s memorized His eyes. And she remembers the angel, the shepherds, the wise men, Simeon, Anna, the moving around -- she remembers it all. While she’s lost in those treasured memories, from the cross Jesus speaks:

When Jesus saw his mother there, and the disciple whom he loved standing nearby, he said to her, “Woman, here is your son,” and to the disciple, “Here is your mother.” From that time on, this disciple took her into his home.

And she watches as her son, the Son of God, sacrifices Himself for the wretches who do not deserve Him and the disciples who never left Him. And as He exclaims, “It. Is. Finished,” Mary remembers the words of the angel, “He will save His people from their sins.” Three days. Three very long days. Mary wondered what would happen next. The angel told her 33 years ago, “The Lord God will give Him the throne of his father David, and He will reign over Jacob’s descendants forever; His kingdom will never end.” Was it over? Mary believed God then...she could only believe God now. Hang on Mary, it’s Friday, but Sunday’s coming!! Long story short: “He is not here; He has risen, just as He said. Come and see the place where He lay. (Matthew 28:6-7)” And the rest of that verse goes like this: “He is going ahead of you into Galilee. There you will see Him!” When I get to Heaven, I am going to look Mary up and ask her what it was like when she saw Jesus. Relief? Pure Joy? Overwhelmed? Did she hug Him? Did she kiss Him? Did she look at His hands?

Scripture mentions Mary one more time in Acts 1:14: They all joined together constantly in prayer, along with the women and Mary the mother of Jesus, and with his brothers. Mary had transitioned from a devoted mother to a devoted follower of Christ, the Anointed One, the One who wants to save the world. Along with the other disciples and Jesus’ brothers, she waited on the Holy Spirit to come as Christ said He would. By the time Jesus returned to Heaven, Mary was about 50 years old. She had experienced a lot in her 50 years. Angels, shepherds, wise men, miracles, her son rising from the dead...suffice it to say we will never see those in our lifetime. But of this one thing I am sure, all of us are like Mary. We discipline, we instruct, we encourage, we unconditionally love, and we treasure all these things and ponder them in our heart. “The nights are long, but the years are short.”

In biblical times, culture was all about patriarchs.

A person’s ancestors were identified by the fathers, marriages were arranged when girls were twelve years old, and when they became women, they were rarely seen. They only had worth if they were married and a mother.

In this study, you will learn how the stories of biblical women relate to us today. The author highlights prostitutes, a ditched daughter-in-law, widows, a few adulteresses, a set of sisters, and even an unwed pregnant teenage girl.

All of the women have one thing in common: Jesus. By reading their stories, you will learn why as believers, it is imperative to remember that God extends grace to all. Each of the women also show why it is so important to internalize our beliefs and make them our own through action.

While this study isn’t likely to answer all your questions, the stories reveal the glory of God through His redemption and kindness.

Gina R. J. Butler has loved Jesus, books, stories, and writing as long as she can remember. Her goal in this life is to honor Christ and not skip dessert. She lives in Bullard, Texas, with her husband, Shane, enjoying gorgeous sunsets and the laughter of grandkids running around the farm.