On the Shores of Perga 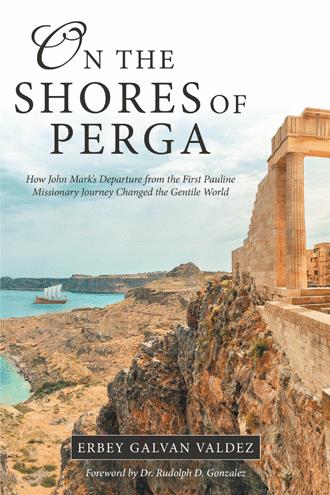 The story of the first generation Christian church began with an identity crisis. Although the Book of Acts describes the NT church as enduring numerous attacks of persecution, heretical teachings, and false prophets, it appears that the challenge of transitioning the Gospel message from the Jewish world to the Gentiles brought on an unanticipated crisis of identity. As Jewish believers began to embrace Jesus as the Messiah, they quickly discovered that Jesus could not simply become an addendum to their Jewish faith. Somehow, they were now different in their identity in comparison to their unbelieving Jewish brethren. For generations, the Jews prided themselves as the “apple of God’s eye” (Ps. 17:8), the elected sons of God, holy and treasured possessions set apart from the world (Deut. 14:2). Now, a new day had come through the resurrection of Christ. The people of Israel, once set apart as holy, were now commissioned to engage the world they had eluded for so long and share the message of Christ resurrected. The Gentile, once despised and held at arm’s length, would now be invited to share in the righteousness of Christ and join the Christian community. For many Jews, the inclusion of Gentiles in the New Kingdom ushered in by Christ was one thing, but to embrace a new spirit of identity that placed the Gentiles at the seat of the same communion table was totally unanticipated. F. F. Bruce notes that “the cleavage between Jew and Gentile was for Judaism the most radical within the human race.” Could the chasm that had existed for so long between Jew and Gentile be finally overcome?


If Gentiles had already been allowed within Judaism, then why would this issue now stir up so much controversy? Two answers stand at the fore. First, Paul challenged the traditional belief of Torah observance as the standard marker of the covenant relationship with God. He insisted that the new indicator was now evidenced by faith in Christ (Gal. 3:28–29). However, it is likely that some Jewish Christians felt that “identity within the Mosaic covenant should take precedence over identity in Christ,” and thus viewed any member who did not honor this tradition as less than equal. Second, up until the first Pauline mission, Gentile proselytes consisted of only a small minority in Judaism. Perhaps up to this point the church leaders did not see a need for a unified theological position concerning Gentiles, but circumstances changed quickly when Gentiles became more prominent, especially at Antioch, where its members were predominantly, but not exclusively, Gentile. Suddenly, the Christian church encountered the great question of determining how to define the people of God. The Christian church now faced an identity crisis. Even more challenging was the fact that there already existed a wide diversity of people within the Christian church, both Jew and Gentile, each with their own understanding of personal identity.


It was this new identity in Christ that seemed to be the focus of Paul’s writings. Paul did not refute that the children of Abraham were those who lived under the covenant promise of God, but he argued that the true children of Abraham were now identified by faith in Christ, and not a presumed racial identity (Rom. 9:7–8). Nor did Paul argue for the abolition of Jewish identity, or even the Torah itself. Rather, Paul insisted in the retainment of a Jew’s own cultural identity, but argued that one’s cultural identity could never serve as the basis for spiritual salvation (Phil. 3:3–11). Thus, for Paul, it was pointless to place such requisites upon the Gentiles. Paul never argued that one’s “Jewishness” was no longer relevant, nor did he ever cast away his own identity as a Jew. Krister Stendahl, a NT scholar and professor at Harvard University, stressed this point by arguing that Paul’s encounter with Christ on the Damascus Road was more a “call” than a “conversion.”

“It thus becomes clear that the usual conversion model of Paul the Jew who gives up his former faith to become a Christian is not the model of Paul but of ours. Rather, his call brings him to a new understanding of his mission, a new understanding of the law which is otherwise an obstacle to the Gentiles. His ministry is based on the specific conviction that the Gentiles will become a part of the people of God without having to pass through the law. This is Paul’s secret revelation and knowledge.”

Simply put, Paul had discovered a new identity in Christ and this new identity could not be attained by means of the Mosaic Law, for the promise given to Abraham by God came before the Mosaic Law (Gal. 3:17). Additionally, because Abraham had received God’s covenantal promise long before Moses and the Mosaic Law, Abraham himself was a converted Gentile! With the preaching of the kerygma to the Gentiles without the requirements of Torah traditions, a new message with a new purpose emerged, but not all Jewish Christians were ready to embrace the new Gentile cause. By setting aside the Torah as a requisite for Gentile admission into the Christian community, Jews were now being challenged to reconsider the basis of their own identity. This newfound theology was a serious challenge to the traditional Jew, who commonly viewed themselves as the “light for the nations” (Isa. 49:6), and the Gentiles as an inferior, and perhaps even unsalvageable, people. Was John Mark a product of this matrix and the means by which he entered the gospel narrative?

In approximately AD 48, the Apostle Paul, his coworker Barnabas, and Barnabas’ cousin, John Mark, boarded a ship at Seleucia and headed for Cyprus to initiate what is now known as the first Pauline missionary journey. It was during this mission that an unexpected setback occurred. Mark left Paul and Barnabas shortly after their arrival at Perga in Pamphylia and returned to Jerusalem.

Throughout church history, this incident in the Book of Acts has often been overlooked or dismissed as either a mysterious or insignificant event to the story of the nascent church. But what if Luke intended for Mark’s departure to mean much more to his narrative? In On the Shores of Perga, author Erbey Galvan Valdez explores the literary and historical background behind this epic journey and discovers that Luke did not remain completely silent on this event. Was Mark’s departure meant to serve as a catalyst for one of the greatest challenges facing the early church—the Jewish-Gentile controversy?

On the Shores of Perga challenges Christians to rethink the story of Acts and rediscover one of the Bible’s great leaders in John Mark.

Erbey Galvan Valdez, Senior Pastor at New Spirit Baptist Church, San Antonio, Texas, is a PhD candidate at Columbia International University. He holds multiple advanced degrees, including a Master of Theology, Liberty University; a Master of Theological Studies and Master of Divinity, Southwestern Baptist Theological Seminary; and a Master of Education, Angelo State University. Mr. Valdez has been published in the Texas Study of Secondary Education and has presented for the Evangelical Theological Society. He is also a member of the Society of Biblical Literature. He and his wife, Maricruz, have two children and live in San Antonio.