A Pilgrimage to the Holy Land 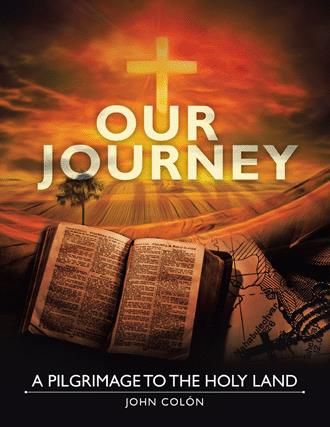 "The Holy Land! A place firmly seared into the individual and collective mind(s) of man. A place that historically has tied humankind to the concept of a higher being that is in control of man's destiny rather than he alone being the center of the universe. This concept brings forward the idea that the universe was created by an intelligent being rather than by accident." "This book does not debate the merits of whether the universe was created by design or by accident, nor is it intended to establish or change one's faith or religion. This book takes the reader on a journey to a land far away; a distinct place on this planet that remains a connecting point between the Creator and the created." "Palestine is an area affecting the two nations we are about to visit. Many of the Palestinians we hear about in Israel originate from Jordan. More so than with other Middle East countries." "We will see archaeological sites around Beit-Shean, Scythopolis, and Decapolis, a league of ten cities sharing Greek culture and Government on the eastern frontier of the Roman Empire. Steeped in Jewish history, we will see Mt. Gilboa, where Saul and his son's bodies were hung after being defeated (1 Sam31)." "To anyone who remembers the fictional character Indiana Jones, these pictures will remind them of 'Indy'; as he was affectionately called by his father, in the scene where he and his companions rode horses and fought off Nazi tanks in the 1989 film, "Indiana Jones and the Last Crusade." "Next, we make our way to Mt. Nebo. What a fabulous view of the area in all locations. What a disappointment Moses must have felt when he saw the promised land, and yet knew, he would not be allowed to enter into it because of his disobedience (Num 20:7-13; Deu 32:48-52; 34). How sad he must have felt." "We now visit Nazareth, the boyhood home of Jesus. It was here and in Cana that Jesus started His ministry by performing the miracle of turning water into wine (Jn 2:1-11)." "We paused to reflect on the miracles of the fishes and the loaves, the Mount of Beatitudes and Jesus' calming the storm as we enjoyed a smooth boat ride on the Sea of Galilee." "Another day draws to a close - so much information to take in. One can only imagine what it must have felt like to be in the area while Jesus was in the midst of His ministry. Such an impact He must have had on everyone around him. So much change in such a small amount of time. It's no wonder so many were so impacted by Him in such a positive way. So amazed at what they saw, what they were experiencing; what they heard. The people were beside themselves. And just think all this from a carpenter's son (Mt 13:54-58)." "Next we headed towards the lower end of the country. We have entered the area known as the Wilderness of Judea. The terrain is highland desert from west to east and then it suddenly drops off into the Jordan River and Dead Sea valleys to the east and south, which separate Israel from Jordan." "We passed the Judgement Hall of Pilot, located within the Fortress Antonia, crisscrossing the Via Dolorosa (The Way of Pain) and on past the church of the Holy Sepulcher. It was the pathway Jesus traveled as He made His way from sentencing to crucifixion." "We found ourselves drawn towards Golgotha and the Garden Tomb. Although many sites were highlights of this trip, this is the area that defines the essence of the pilgrimage."

This book is a first-person account that journals a group of seven travelers who took a pilgrimage to Israel and Jordan in the Winter of 2018. Within, you will find detailed descriptions and beautiful pictures of the region, historical and biblical relevance to the locations, and a colorful narrative from the perspective of a first-time tour group leader. Also included is a section on numerology and the significance of numbers and their higher meanings.

A sincere Christian who has traveled the world in search of adventure. A historian always looking for answers; willing to look around any corner or turn over whatever stones he must which can reveal truth, secularly or religiously. A man devoted to his faith ready and able to help others find their way to the light. A brother to all who search for truth.