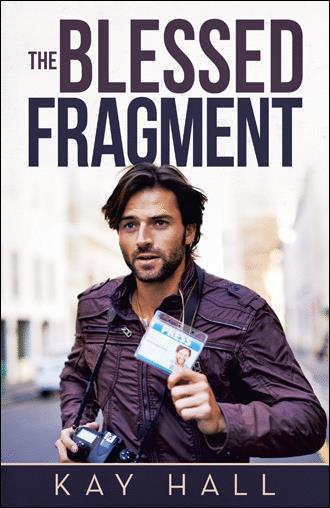 TONY GIOVANELLI HELD his sobbing wife in his arms. He could do nothing to console her; nothing but hold her in the circle of his arms. Those arms were strong and muscular and his six foot, two inch frame dwarfed the lovely raven-haired lady with the sad eyes. The wealthy leader of the Giovanelli mob had also shed bitter, angry tears. He tried hard to keep his weeping for his little son out of sight of his beloved Maria.

“How can this be?” she cried aloud between her sobbing as her chest heaved and lurched and she felt she would stop breathing. “Our little caro bambino, our only son, so sick, so sick. I can’t bear it, I can’t, I can’t. Oh Tony, do something, do something. You are so powerful—so many people follow you. So much money, so many grand things you have provided for us. And now we can do nothing for our son?”

He held her gently as he told her again as he had many times, “My Maria, you know that we have had the very best doctors available. They have tried. I offered everything, I would give up everything, to save our little one. At least we had two precious years with him. We saw Marco take his first steps, we heard him say Mama and Papa. We saw him so happy before he fell ill. We must be thankful for the time we had with him.”

“Oh, no, no,” screamed Maria, her heart aching. “Not enough time, not enough! And you know we cannot have another child. I am not able. Our only son. Your namesake.” Her eyes grew wide with anguish as another thought came to her. “You will leave me. I will lose you and little Marco.” She broke down once more into pitiful, wretched sobs.

“Never, my sweet Maria,” said Tony, as he placed soft, tender kisses on her forehead and her cheeks, kissing away the salty tears. They cried together then, holding each other until they were exhausted and could cry no more. Still holding each other close, they walked together to the nursery where their two-year-old son’s faithful nurse was closely watching over him. It was hard to gaze on his small body, so weakened from the rare and incurable virus. He had once been so vibrant and healthy. The doctor had told them to say their goodbyes, for the time was growing short.

Nurse Anna said to the distraught couple, “You both should get some rest, dear friends. Go and lay down for a while. You know I will keep watch as though he were my own. You both must keep your health and strength for the days ahead. God will help you.”

“God has forsaken us, Anna,” spoke Maria bitterly. The stillness in the nursery room was almost unbearable.

Their rapt attention was suddenly broken by an urgent and loud banging at the front door. “Tony,” called the voice of his younger brother, “Tony, let us in.” Tony turned away from his son and walked slowly to the door. He didn’t have the strength to hurry, and walked as if he was in a fog. He reached the door and opened it for Joey. His younger brother took him squarely by the shoulders and looked earnestly into his face. When he realized Tony was almost sleep-walking, he shook him gently. “Tony, Tony, listen to me. I have something important to tell you.”

Rousing from his stupor, Tony mustered enough strength to give his attention to what his brother was saying, “Yes, Joey, what is it?”

“I wanted to tell you, I heard of a man; a man who heals the sick. He has gone into hiding, into reclusion, because he could not handle the crowds of people who were hounding him. No one knows where he is, but could we find him, Tony? With your connections, could we possibly send out some of your best men to find him, and bring him back to little Marco? At least it would be a chance.”

The words of Tony’s brother were like a shot of adrenalin in his tired veins. He came alive at once and said, “Call the families together. Everyone who can help. Friends. Enemies. I will make it all right. We will scour the world for this man who could possibly help my son. We must find him!”

NICK SAT AT the kitchen table in the small north Georgia cabin that had been his home for a few months now, at the suggestion and generosity of Mr. D, who had promised to keep his job open for him. Lonely as he was, he feared going back to the busy unintended celebrity that had drained all his energy. He was even afraid for his life, so many people were clawing their way to him because of the gift that had come upon him. He didn’t understand. He just knew that he had to stay in hiding as long as his money held out. Then what? A new identity? A new country?

“It isn’t fair. I didn’t ask for this,” he cried aloud into the mountain air. He knew he had helped so many people, and he was glad. But not satisfied. He longed to see Trish, but to keep her safe, he felt it was best not to even let her know where he was.

Nick’s lonely reverie was suddenly disturbed by lights outside, the headlights of a long, black car. He knocked over his kitchen chair as he jumped up from the table, startled and wary. “Oh, no,” he said aloud as he saw the black-clothed figures climb from the car, carrying guns.

Suddenly the door burst open and several burly men entered the small cabin. He gasped as he saw each one had drawn a gun.

It was like a dream sequence that couldn’t possibly be really happening to him.

“Are you Nicholas Danner?” asked the gunman in front.

“Y—yes,” stuttered Nick, barely able to answer the fierce looking man. He was slightly aware of a cold sweat that trickled down his back from his neck. His hands were clammy. He was hoping he would not soil his pants. He was afraid, more afraid that he had ever been in his life.

The gunman spoke again, “We were sent here by Tony Giovanelli. He needs your help. His young son is dying. We were instructed to find you and bring you to him. We hope you will come peacefully; if not, we will encourage you in whatever way necessary. You have no choice. You must come with us. No need to gather your belongings. You will receive all you need.” Then as an afterthought, the forceful stranger said, “Please.” But he did not smile.

Nick knew it was senseless to resist. He only had one option: to go with them. He soon found himself in the back seat of the dark limo, and though it was comfortable, he did not stop shaking for quite a while. The miles sped past and he even slept for a bit after he calmed down.

He was awakened by iron gates swinging open for the limo to pass through. They began winding up a long drive until a massive, elegant mansion came into view. It appeared to him to be a castle. He gazed in awe and wondered what it must be like to live such a lifestyle as this.

Meet the scoundrel preacher Hammond James who cheats his way to fame and the agnostic news reporter, Nick Danner, who exposes him. Discover their journey as Nick travels to the Holy Land on assignment. Because of a mysterious visit to Golgotha, he becomes a healer. The unscrupulous preacher drugs a college girl and takes advantage of her. When God brings the two men back together, what will happen? Will there be redemption for both?