Your Morning Cup of Inspiration 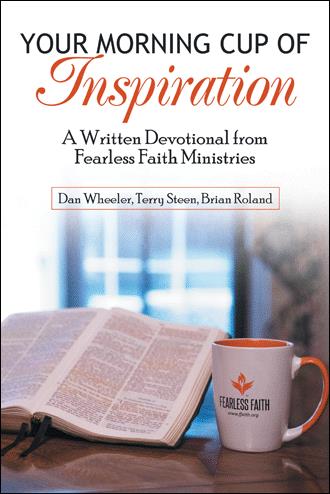 In 1965 Jackie DeShannon recorded a hit song called, “What the World Needs Now is Love.” That song became an anthem for many. The truth is that the world has always needed love. Everybody needs love. It is the most powerful force on earth. How many times have you heard the saying, “Love will conquer all”? That was the name of another hit song recorded in 1986 by Lionel Ritchie.

There is plenty of love to go around. God’s love is all around us. Because His very nature is love, He seeks to have a relationship with us. In John 3:16, we read that God loved us so much that He sent His son (Jesus) to die for us. Sin had separated us from God, but He cared so much about us that He allowed His son to die a cruel death on a cross. His love for us allowed Him to look beyond our faults and our sin and pursue us. He pursued us by sending His son to the cross to pay the ultimate price for our sins. We just have to receive the gift of His salvation.

If you are wondering today if anyone loves you, just reach out to God. Ask Jesus to forgive you of your sins and come into your heart. Once you have accepted His love nothing can separate you from it. Death can’t and neither can life. Angels can’t and neither can demons. The present, the future and any other powers cannot separate you from the love of God. Romans 8:39 tells us that “nothing will be able to separate us from the love of God that is in Christ Jesus our Lord.”

You don’t need to ever wonder if anyone loves you. The almighty God, the great I Am, the Creator of the Universe loves you more than you can possibly fathom. And because of His love you are more than a conqueror. The world needed love and God sent us His love in the form of His Son.

Ask Yourself: Have I received God’s never- ending love into my heart and soul by asking Jesus to forgive me of my sins? Do I realize that God’s love has conquered everything, even death, so I don’t have to fear tomorrow or any day after that?

Maybe you're in a situation where you just don’t know what to do. I’m sure you remember the Old Testament story when the children of Israel were told to go possess the promised land and were trying to cross the Jordan River at flood stage. They didn't see a way to cross and didn’t know what to do.

The Israelites were looking to Joshua, their God-given leader, hoping he would have the answer. Well, he did have the answer, but it wasn't exactly what they were expecting. He didn’t try to overthink it. He didn't have some big strategic plan. He had a very simple approach.

The Bible tells us in Joshua 3:5 that Joshua told the people, “Sanctify yourselves: for tomorrow the Lord will do wonders among you”. Sanctify means to set yourself apart for spiritual purposes or purify yourself, be wholly removed of sin. All he asked of the children of Israel was to be holy, not sin, and be ready for what God wanted to do. In essence, just sit back and watch the wonders of God. And a wonder it was, as God parted the waters and the children walked across on dry land.

I don't know you’re situation, but sometimes all you need to do is live right before the Lord and sit back and watch. Don't be anxious. Don't be fearful. Sit back in peace, knowing that God is going to do wonders on your behalf. Whatever you're facing, God will take care of it. It's as simple as that. We don't have to make it so complicated. We don't have to try to figure it all out or do it ourselves. We can rely on the Lord. If we do our part, He'll take care of the rest.

Ask God to help you as you commit this day to Him and look forward to the wonders that He’s going to perform on your behalf.

Ask Yourself: What do I need to leave in the hands of God today?

Do You Know How Big God Is?

Do you know how big and powerful God really is? David did; even as a shepherd boy protecting his flock, he trusted God when he had to fight off lions and bears. When David’s brothers were off fighting the Philistines he visited them and took them food. He was shocked to hear the threats being made by a very large member of the Philistine army. Goliath was a giant who made the toughest soldiers in Israel’s army tremble with fear. But, David wasn't afraid. In Psalm 27:3 he wrote, “Though an army encamps around me, my heart will not fear; though war breaks out against me, I'll keep my trust.” David had complete trust in the Lord, so when Goliath was defying the army of the living God, David took offense and said He would fight the giant. He was confident in God’s ability to give him victory.

David actually went into this battle without armor, a spear or even a shield. He took only his slingshot and 5 smooth stones. First Samuel 17:47–49, tells us that David yelled out to the Philistines, “All those assembled here will know that it is not by sword or by spear that the Lord saves, for the battle is the Lord's and he will give all of you into our hands.” Then Goliath started walking down his side of the mountain and into the valley. Instead of retreating or waiting for Goliath, David ran quickly toward him. As he ran he reached into his bag, took out a stone and prepared his sling. He slung it and the stone found its target, striking Goliath on the forehead. The stone sunk deep into his head and he fell face down to the ground. He was dead and David was victorious!

David knew that God was bigger than any problem or any circumstance. But he also came prepared. He prayed often and knew God intimately. He was ready to take on the giant.

Ask Yourself: Am I prepared for life’s battles by staying close to God? 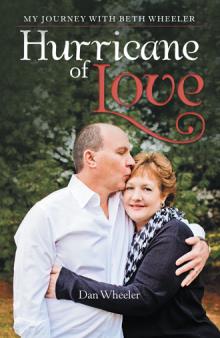 An anointed ministry that provides great and positive Biblically inspired messages daily. Share this ministry with your friends and together you can build your Fearless Faith daily.
— Kerry F.

A great way to start your day with “Your Morning Cup of Inspiration.” They make you feel that you are a part of a bigger and greater plan. I look forward to hearing from them.
— Paula G.

If you’re looking for a great Bible based, quick fix in the morning, these guys really bring Christ’s message along with sharing and relating a bit of their daily lives. Kudos to all three, for expanding the Kingdom of God.
— Roxanne W.

From the founders of Fearless Faith Ministries comes their first ever written, daily devotional. Every day Fearless Faith inspires their followers on their Facebook page, Instagram page and YouTube channel. These devotions are based on their most popular inspirations.

Dan Wheeler, Terry Steen and Brian Roland are the founders of Fearless Faith Ministries. They produce daily, inspirational videos on their Facebook page @FFM60 and have tens of thousands of followers. This is a collection of some of their most popular videos in written form. Many of their followers have requested that they produce a daily devotional.