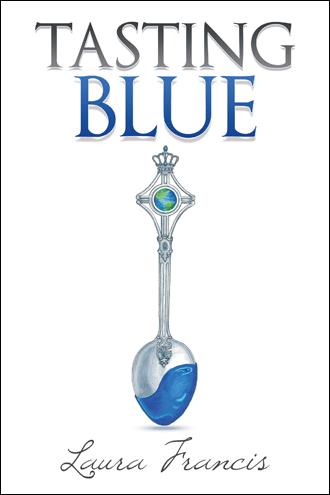 The prophetic church is on the rise to bring a hope reformation to the world! The Hope Diamond is the largest blue diamond on Earth and it is the heavenly symbol of this hope reformation. The Hope Diamond has a voice. It carries a message from God that can be heard by those who understand the scriptural meaning of jewels and color. In this book the Hope Diamond’s true identity and heavenly message are revealed. Five physical senses help people interpret the material world: sight, smell, touch, taste, and sound. Each of these senses has a greater spiritual match! Once awakened these senses defy the limits of what could formerly be perceived and engage us with reality on a whole new level. The spiritual dimension earnestly awaits each individual awakening. Tasting Blue is a collection of prophetic writing that cultures and nurtures the spiritual senses. It beckons each reader beyond the mental confines of worldly perspective and helps us to interpret reality through a different kind of sight. Ephesians 1:17 says that Jesus opens our eyes! The surprise lies, in the set of eyes, that Jesus comes to open. Laura Francis writes in poems and parables-a form of prophetic language seen often within the Scriptures. She writes to accelerate our understanding of spiritual realities. Using scriptural references, her work helps reveal the treasure found within the pages of the Holy Bible: precious words given by God to edify, encourage and comfort humanity.

Laura Francis did not grow up with spiritual beliefs but encountered Jesus in an extraordinary way as an adult which changed her life forever. Through the book Tasting Blue she reveals the heavenly call of the Hope Diamond. Her divinely inspired poems open doors to help people connect with the sweet reality of what it means to be reunited with the heart of our loving Creator. Laura’s writing always invites us to taste and see that God is good.