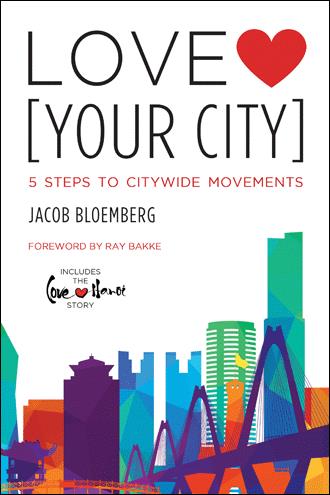 FROM HOLLAND TO HANOI Then I heard the voice of the Lord saying, “Whom shall I send? And who will go for us?” And I said, “Here am I. Send me!” Isaiah 6:8 The heat and humidity greeted us as we stepped off the plane and set foot on the tarmac of Hanoi’s Noi Bai International Airport. It was May 17, 1997, the day of our first arrival in Vietnam as a family and the day before our oldest daughter’s third birthday. Four suitcases and four carry-ons had to suffice for our family of four in our move from the West to the East. (We arranged for the rest of our luggage to arrive later.) Our new teammates picked us up and then dropped us off in the old French Quarter of Hanoi at a hostel on Metal Street. The ancient streets with narrow homes were named after the craftsman guilds and the products that were sold on each street. Metal Street today still sells mostly metal products. I was sweating profusely, not just because of the hot and humid air, but also because I had started to run a fever. By nighttime the fever was so high that I had become delirious. In my nightmare, I envisioned the bed with large teeth, opening its mouth, ready to eat me! Jumping out of bed, I ran to the door and opened it to escape unto the streets. Holding the doorknob, in a spark of clear thought, I realized that if I’d run away, I may never make it back again. I will surely get lost on the old streets of Hanoi at night. Quickly, I shut and locked the door, fled into the bathroom, and hid myself in the bathtub in fetal position.

What if the church in your city becomes known for its love? God is on the move and doing a new thing around the globe. Citywide movements and global urban mission are two merging trends turning the church inside-out. In cities worldwide, the church is becoming known for its love, like Jesus said. How can you start such a movement in your city, town, or community? Most urban mission textbooks are written from and for a Western context, but this book is different! Jacob Bloemberg shares the story of Love Hanoi, a campaign-turned-movement that has been enjoying success since 2012 in the capital city of Vietnam. In this book, he provides the theological foundation of building the city and explains how urban mission concepts can be adapted for citywide movements in any cultural context. Love [Your City] also features practical tools and helpful tips for students, practitioners, and mission leaders so that they, too, can start transforming their cities and making the church known for its love!

Dr. Jacob Bloemberg moved with his family to Hanoi, Vietnam in 1997 and became Lead Pastor of Hanoi International Fellowship in 2005. HIF launched the Love Hanoi campaign in 2012, which has become a citywide movement, inspiring Christian leaders across the world to start their own Love [Your City] campaign. Jacob holds a Doctorate in Transformational Leadership: City Transformation from Bakke Graduate University.