Discover the passion to tell your own story of JESUS, the One who holds you and loves you like no other! 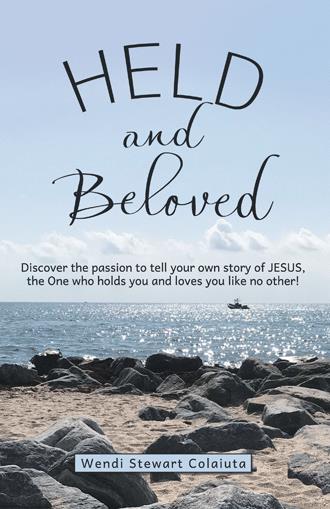 A courageous woman named Rahab lived in a home built into the walls of the city of Jericho. She had heard about GOD’s people. A new nation. A miraculous rescue from the mighty land of Egypt. Awe-inspiring stories about guidance from cloud and from fire, water from a rock, and daily provision of food from the heavens. Something about their journey captured her heart. She longed to know more.

It was interesting enough to watch from afar as they wandered the desert. But news was rolling in, rising panic around her. Their path seemed more determined. Their end goal a land that was promised to them as a permanent possession. Her land. Her city!

She couldn’t imagine the details that would be orchestrated to bring those promises to fulfillment. But she was beginning to understand that these were not random whims of a crazed group of wandering, homeless travelers. There was exactness to their movements, power behind their victories.

Others in her town shook in fear. This mysterious power and unknown campaign terrified them. But she saw it all differently.

The years and the stories all pointed in one direction. Bearing witness of the One who had chosen His people, led them and blessed them, and called them to help others come to know Him. Almighty Creator GOD. The one and only true and living GOD. Maker of heaven and earth!

He was not an image, a breathless piece of wood or stone. No. He was real. He was powerful. His ways were wondrous. And she wanted to know Him!

Scriptures tell us plainly that Rahab was a prostitute living in Jericho. She was not one of GOD’s chosen people. She may have thought that her story was one that would disqualify her from ever being chosen.

None of that stopped her. When given the chance, she risked everything to align herself with the one true GOD, to protect the men who were serving His purposes, and to boldly ask for His protection in return.

When two spies from Israel’s camp entered Jericho on a reconnaissance mission, Rahab welcomed them into her home. She risked her own life to protect them, hiding them on her rooftop when messengers from the king came to find them. In return, she presented her daring request:

“I know that the LORD has given you this land . . . that the LORD your GOD is GOD in heaven and earth. Please swear to me by the LORD that you will also show kindness to my family, because I showed kindness to you. Give me a sure sign that you will spare the lives of my father, mother, brothers, sisters, and all who belong to them, and save us from death.” (Joshua 2:9, 11–13, ESV)

The men gave Rahab their promise of protection. They instructed her to hang a scarlet cord from her window on the city wall. And to bring all her family members under her roof.

The LORD honored her reach for rescue, her courageous faith in Him. When GOD brought down the walls of Jericho, Joshua directed his men to keep their word to Rahab. They broke through the chaos, found the home with the scarlet cord, and brought Rahab and her family out of the rubble, unharmed. Rahab’s family settled in a safe place near this new nation of Israel.

In time, the LORD drew her even closer. She married into GOD’s chosen nation and bore a son who would be a distant forefather of the promised Messiah.

The reality of GOD touched Rahab’s heart. Rather than shrink in fear of His power, she placed her faith in it to save her. Could it have been mysterious kindness that allowed terrifying circumstances to surround her? That brought her to a place so desperate that she understood her deep need of the GOD who was trustworthy? That gave her boldness to take a stand few around her chose to take? Would she have risked so much to reach for the LORD’s rescue if the walls were not collapsing around her?

She had the courage to believe the one true GOD would hear and respond to her cries. The faith to believe her story wasn’t over—to believe it was only beginning.

By faith Rahab the prostitute gave a friendly welcome to the spies and did not die with the others because she obeyed GOD.
Hebrews 11:31

Echoes. Through time. Across generations. Women who rejoice in telling their stories! Stories that are unique and intimate. Stories rooted in heartache and struggle where courageous faith is birthed. Stories that draw our hearts to one place. To the one true GOD, who transcends time and circumstance. The One who is weaving strands of the greatest love story ever told. It started with His Son and builds with every new heart that is drawn to trust Him. Drawn by cords of love, not force, and held with strength and power that is also tender and abundantly generous. Let their stories draw you in, help you see the beauties of the One who loves you more than any other. Be encouraged to believe He longs to embrace you too. Join the chorus of voices who declare that JESUS is precious and let Him ignite a passion in you to tell your own story of being Held and Beloved by Him!

Wendi Stewart Colaiuta has considered it a privilege to come alongside women, teaching Sunday School and leading Bible study groups for over thirty years. Wendi shares insights from her personal journey on her blog, coverofHisPresence.com. A transplant from Pennsylvania, she is happy to call southeast Florida “home,” where she lives with her husband and two busy high schoolers.