Shelter from the Storm

Resting in the Promises of God A Daily Devotional 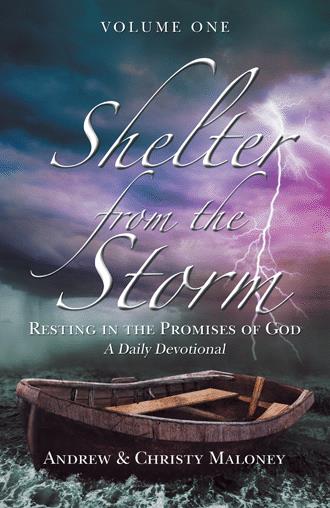 “Be strong and of good courage, do not fear nor be afraid of them; for the LORD your God, He is the One who goes with you. He will not leave you nor forsake you.”

"He will not leave you nor forsake you” is a promise reiterated in Hebrews 13:5 and is just as applicable to us today as it was to the Israelites millennia ago. The “stick-to-it”-ness of God is an unfailing attribute as real as His righteousness, love, wrath and mercy. This verse promises that in any situation, no matter how dire it seems to you, God “goes with you” every step you take.

Jesus is the Friend who sticks closer than a brother mentioned in Proverbs 18:24. This is not vapid sentiment, some mawkish platitude given to placate people who are suffering; but rather, a promise from Al-mighty God that if you give Him everything you are, He promises to give you everything that He is.

If people truly understood this covenantal pledge and believed in its execution, they would be utterly fearless. No storm of life could shake them; they would not be moved no matter what rose up against them. Be strong and courageous, being convinced that this promise is made directly to you!

“Be strong and of good courage, do not fear nor be afraid of them; for the LORD your God, He is the One who goes with you. He will not leave you nor forsake you.”

"Leave you” in the Hebrew is a word that signifies “dropped from the hand.” (Strong’s #H7503) Literally, to “slacken or sink down” or “to be idle.” It’s rendered “fail you” in the KJV. Forsake means “abandoned, neglected, deserted, left behind.” (Strong’s #H5800) “Do not fear nor be afraid” sounds like repetition, but one word in the Hebrew means fear as we know it to mean, also with the added understanding of “revere or be in awe of, astonished.” (Strong’s #H3372) The other word means “to be broken by terror, to tremble with dread.” (Strong’s #H6206)

We have to give in to none of this fear because the LORD God is the One who goes with us. That is the word for “walk” (Strong’s #H1980) and is the same one used in Genesis 3:8 and whenever the Bible says someone “walked with God.” To be weak and cowardly—the opposite of strong and of good courage—in the face of difficulties when we have a Companion like that walking with us is not only insulting to Him but nonsensical for us. Keep this promise in the forefront of your thinking with every storm you encounter! 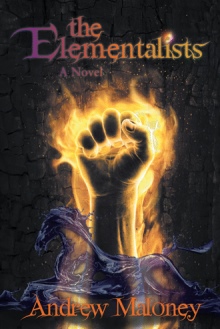 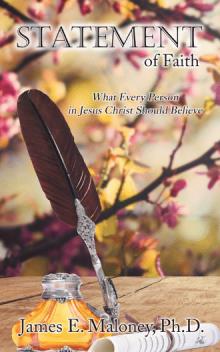 The storms of life threaten all of us at one time or another, leaving us feeling lost, alone and without any hope. We all face adversities in the name of relationships, physical and mental health, the pain of loss, work stress, finances and persecution. Our relationship with Jesus Christ does not always exclude us from all the unpleasant circumstances life sometimes throws our way. But the Bible makes it clear that when we turn our lives over to God and pursue Him wholeheartedly, He will never leave us nor forsake us (Deuteronomy 31:6), no matter what our temporary situation looks like in the natural. The truth is, we are never alone, and there is a Friend who sticks closer than a brother (Proverbs 18:24), granting to us out of His great mercy an inexhaustible supply of power and love to weather any life-storm we face. Through it all, He ensures we are more than conquerors. (Romans 8:37)

This first of two volumes in a year-long daily devotional highlights nearly a hundred of the most comforting and powerful verses on how God is our Shelter from the storm. Streamlined commentary unveils the truth of each passage and offers practical application to incorporate in one’s daily life. This devotional outlines the source material for your unwavering faith in the Lord Jesus Christ and offers biblical proof that we will be carried through the storm and rise above!

ANDREW & CHRISTY MALONEY are the authors of Eight Weeks with No Water, a testimony of their second son’s miraculous birth. Stemming from their upbringing in families that put the highest emphasis on a relationship with the Lord, they have a passion to share the Word of God to a hurting world and see His power change lives. They live in the crosstimbers area of North Texas with their two sons, Connor and Christian.