The Process of Progression

Navigate through the seasons of growth with grace 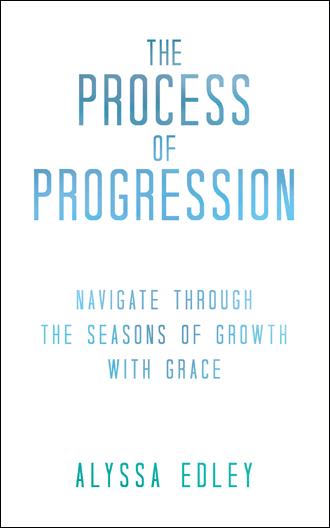 When we feel the burning desire for more we must not snuff it out. The very reason we are feeling it serves as an indication of our capacity to preserve the blaze versus smothering it as we tend to do. The intention of our potential was not that it be bottled up for ourselves but rather brought out for others to see.
It is no good to be gifted but hide your giftedness. Your gift demands presentation. It wants to be shown off. Presented. Offered as a blessing to someone else. It serves as a demonstration of your faith. An attraction to draw others to the main attraction. God did not anoint you for it with the expectation that you would fail to use it. This is why you are constantly being reminded of your capabilities. You are given signs of the gifts in you in order to continually work to cultivate and grow them. Whatever they are, God put them specifically inside of you with a purpose to see them reach their potential. There is a reason those creative thoughts, innovative ideas, and unique designs continuously consume space in your brain.
Therefore I remind you to stir up the gift of God which is in you through the laying on of my hands. 2 Timothy 1:6
Other versions allude to fanning into flame the gifts of God.
God will send all the resources necessary to see His gift of you come into light. Constantly reminding you of your mission but also the obligation to feed it. You have to feed the flame so it will burn on and not out. Once you begin planning and implementing strategies to send this spark blazing God will back you up. He is right there with you feeding the fire, throwing in wood, fulfilling the need. He rewards your action by stoking the flame with all essentials while allowing some things to be consumed. You may have been concerned about what you were losing throughout your progression. The good news is if it was holding you down it had to be removed so you could be lifted back up into your rightful position. Some things have to burn up in the flames but if it be of God, He will always deliver. I cannot think of a more appropriate depiction of His ability to save and display His authority than the three amigos.
Shadrach, Meshach, and Abednego can testify to God’s power in sustaining you through the flames. If you recall their account, the king had his men throw them into a burning furnace because, as servants of God, they refused to bow down to the king and his graven images. The heat was so intense the guards who bound them and threw them in died. Yet, Shadrach, Meshach, and Abednego were in the midst of the flames and God was with them, protecting them. The king being a witness to God’s power, condemned anyone who spoke against Him, and promoted the three men.
…Then Shadrach, Meshach, and Abednego came from the midst of the fire. And satraps, administrators, governors, and the kind’s counselors gathered together, and they saw these men on whose bodies the fire had no power; the hair of their head was not singed nor were their garments affected, and the smell of fire was not on them. Nebuchadnezzar spoke, saying, “Blessed be the God of Shadrach, Meshach, and Abednego, who sent His angel and delivered His servants who trusted in Him, and they have frustrated the king’s word, and yielded their bodies, that they should not serve nor worship any god except their own God!” Daniel 3:26-28
Trusting Him completely results in the receipt of His benefits. The men who threw them into the flames were not recipients of His benefits. God could have saved them but instead they were consumed by the flames because they did not give Him any authority; they worshipped false gods. There are some things God will allow to be burnt up. The flame is intended to burn but based on who you trust it will either burn you or bless you. It was clear to see who He had His hands on in the midst of this fiery situation.

If you are confused about your purpose.
You are not alone.

This is the case for most of us. We were all positioned on this earth with a divine purpose in mind but we often ask how we go about fulfilling it?

The Process of Progression offers encouragement and wisdom from God’s Word intertwined with lessons Alyssa Edley has learned through her seasons of growth. Woven throughout are glimpses of her life’s experiences, which helps readers to push past their uncertainties and motivates them to move from thinking to executing a purpose-filled life. Readers will be inspired to unleash the power within them through their connection with God, stirring their spirit to ignite the God-given desires placed inside of them, and activate their potential from one season to the next.

Alyssa Edley has continued to express her creativity by sharing her faith-filled wisdom and love for Jesus through a brand and lifestyle designed to equip God’s children to live an intentional and holy life. She lives in Ohio with her dog, Saint.