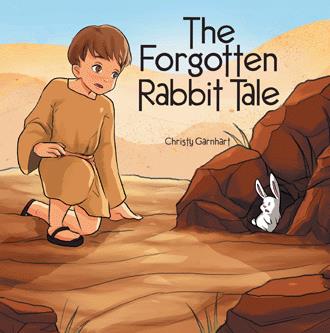 On that fateful day, on the road home from the city,
Joses saw a poor creature on which he took pity.

A white little rabbit, his fur like the snow,
He was nothing like the desert hare he’d known.

He was so unique, so much different than the rest,
But he’d been abandoned, all alone in his nest.

Into Joses’ pocket this small rabbit went,
He snuggled right in and seemed so content.

When Joses was home, his mother was fretting,
“Dear boy!” She cried, “The time you’re forgetting!”

Joses said “Mother, look at this creature I’ve found”
He took out the rabbit and put him on the ground.

“Oh dear boy, you have found a white hare!
Keep him hidden because his fur is quite rare.”

Have you ever wanted to share a story with your child that connects today’s Easter traditions with the story of Jesus? Join Joses and his friend on the road to market in a story that has been lost to the centuries. Their adventure lands them in the middle of an event so momentous that it will change the course of history!

Christy is a writer, educator, and therapist who has worked with children and families since 2004. She holds degrees in psychology and social work, and has obtained professional licensures for clinical mental practice, special education, and educational administration. However, her greatest learning has come from raising her five children with her husband in rural Illinois. She loves reading stories with her family, especially those involving Biblical characters. In addition to working in schools, she also writes for her blog, www.mommster.com, an informational yet humorous source for parents where she shares her love of family, work, faith, and farm.