What If You’re Wrong? 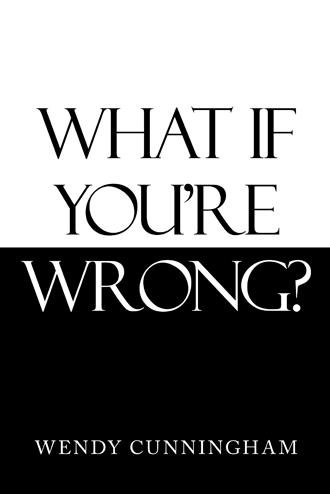 “Where on earth do you even start with all this stuff? How do I know that evolution or the Big Bang is wrong? How do I even research it? How can anyone reach any solid conclusion about God?” I was frustrated. Was the truth even knowable?
“I know it’s a lot to think about.” Tom’s smile was sympathetic. He knew I wanted answers, but he couldn’t feed them to me. I needed to find them for myself. “Why don’t you start with: Could you have been created? That’s a good jumping-off question.”
And what a smart question indeed. Notice: He didn’t ask if God could’ve created me. Instead, he posed: Could I have been created at all? My short answer, as you know, would’ve fallen somewhere in the land of “Nope,” but that response was tired. I took the bait and wandered off to do a little pondering on my own.
Could I have been created?
First off, why did I think I couldn’t have been? Where did that come from?
Y’all, as we’ve already unpacked in this book—the answers came quickly. My parents, family, and friends didn’t believe in creation, so I didn’t either. My teachers offered me what I considered a sound explanation of where things started outside of a Creator, and no one told me anything else.
But were those conclusions and beliefs correct? The idea of a “plumb line” came to mind again and I could see the cracks in my foundation. Just because everyone I loved thought a certain way didn’t mean they’d nailed the truth.
I started with the likelihood of a Big Bang. Was it possible that matter in space collided in some catastrophic way to create the universe? I’m no science buff—I’ll just put that out there—but it made about as much sense to me as anything else.
On the flip side, could I buy into the idea that an intelligent being spoke this universe into existence? It seemed no more unlikely than the Big Bang concept when I looked at the two constructs without applying my bias (which was super hard because I’m so smart).
In truth, both options sounded equally unlikely.
I thought I couldn’t prove a Creator God with science but figured science must have evidence for the Big Bang theory. I understand science. I like science. It’s tangible—at least much more so than an invisible God and the concept of eternity, or omnificence. Because I was already treading into uncharted waters, I hoped scientific discovery would offer me a way to fully grasp these ideas. Science is observable and repeatable. That’s what I was in the market for.
After a quick internet search on the Big Bang theory (well, it was quick after I figured out how to find search results that didn’t have to do with the TV show), I realized I’d breezed over an important word: theory.
How could I have missed that? I’d believed the Big Bang was more than a theory. I’d banked my eternity on it, actually. But a theory means science has come up with one answer that, if it were true, would explain some things. In fairness, theories are often used in science and are highly regarded and given authority. But for some reason, in this super weighted research, I was hoping for something a little more… conclusive—beyond a shadow of a doubt.
The other thing that stared awkwardly at me, like the kid in junior high with a crush, was this “matter” that was meant to have collided and exploded to start everything into motion. Where did the matter come from? This was the exact notion that gave me pause in the creation explanation—where did God come from? So, either God had to already exist or the matter had to already exist. And I was right back at square one.
Of course, I went to Tom. “Where does God come from?”
“God is eternal. He always was and always will be.”
“I feel like that’s a ridiculous answer.”
“Do you believe in a number that is infinite in math?” Tom offered.
“Sure…”
Tom smiled. “So, you can believe in a number that has no end, but not a God who has no beginning?”
I sighed. “Maybe we started spontaneously. Richard Dawkins seems to offer the best rational for the Big Bang—nothing created everything.”
Tom nodded but didn’t offer any commentary.
“What do you think about that?” I prodded.
“I feel like that’s a ridiculous answer.”
I laughed. “I’m serious.”
“Even science would disagree with that. Something can’t come from nothing.”
“So, my options are either nothing started everything, which is scientifically impossible. Which means I have to accept whatever heat or water or friction or gas that exploded to create the Big Bang must have existed up until that point and was created by no one and nothing…”
“Or…” Tom inserted.
“Or everything was started, created, by ‘God’ and I have to accept that whoever God is, He existed eternally up until He decided to make the universe.”
“Something or nothing.” Tom seemed to be stifling another smile.
“These are not good options.”
“Look, if eternity is your issue, it looks like it’s unavoidable in either scenario, right?”
“Right.” I didn’t like it at all. “And worse than that, neither of these explanations are scientifically understandable, provable, observable, or repeatable—I’m not even sure they’re logical.”
Tom leaned over and kissed my forehead. “If you like science so much, I always found DNA to be fantastic proof of a Creator. Keep digging.” Then he left the room.
DNA?.

“Why don’t you believe in God?” A simple question, but one for which I didn’t have a good answer. I was confident in what I believed; I just didn’t know how I’d arrived at that conclusion. Turns out the “how” is what led me off track. I’ve had hundreds of conversations with people just like me who are on a journey to find the truth. Most people have the same fundamental questions that keep them from faith: Why do bad things happen to good people? How accurate is the Bible? What about evolution? This book tackles those questions and poses new ones, starting with the title: What if you’re wrong? Get ready to laugh as we walk through what it looks like to go from a non-believer to a devout follower of Christ.

As an atheist who critically thought her way to faith, Wendy Cunningham believes it’s important to evaluate where our beliefs about God come from as we consider where we might be mistaken. This is Wendy’s first solo book project—she co-authored the book Success Through Failing—but she’s been a writer for more than twenty years. Her blog, www.gainingmyperspective.com, satisfies her desire to inspire, empower, make people laugh, and boldly share truth. Aside from writing, Wendy is a wife, an entrepreneur, and a homeschool mom of three. When not traveling, she and her family homestead on 84 acres in Middle Tennessee.