My Years On The Farm 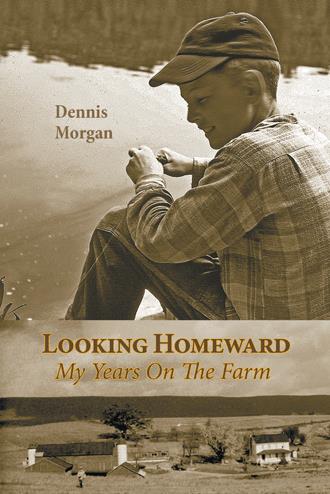 “I would like you to speak at the funeral.” His tone was matter-of-fact, determined, his words measured and slowed by the disease that was fouling the circuitry of consciousness.

Raw emotion flooded over me as I choked back tears. The two of us were frozen in dumb abeyance. Imminent death surrounded us.

“You were only four years old when I left for college.” I paused, unable to talk. I wiped the cuff of my sleeve across my face. “I can’t tell you how hard it was to leave you and Dave.”

He did not answer.

I had poured a tumbler of soda and placed it on the stand next to his chair. Without speaking he pointed to the tumbler. I arose and picked it up. Holding it so that he could drink through the straw resting in the cup, he took two long draughts.

“Cover my feet,” he requested.

He already lay under two heavy blankets, but his body was calling on reserves in the wake of constant trauma. He was continually cold. I pulled the top blanket down over his stockinged feet and spoke into the night, abstracted, far away, lost in memory and time, aloud, but not conversing, “Whenever Mommy and Daddy went anywhere, I stayed home with you guys.”

The silence became awkward. Amid undisturbed intervals, cold October winds rustled the trees below the slope that ran down behind the house. The specter of death hovered in the darkness.

Then abruptly, tearful, with perfect lucidity, not looking at me, as though a confession, “It was a big thing when you came home.” An admission, private, uncomfortable, as though a burden. “You and Bill and Keith were my heroes. I wanted to be like you.”

Knowing a grandfather and knowing about a grandfather are distinctly different epistemologies. While the latter contributes richly to understanding and appreciation, it is secondary to an actual relationship. Knowing about an historic figure narrows the distance between two lives but it never coalesces into a personal experience. As the apostle Paul stated in 1 Corinthians 2:11, a relationship requires a willingness to reveal thoughts and feelings. This book is an attempt to share with the reader, not only the people, places and events that shaped my life, but the thoughts and feelings that gave substance to my soul.

Dennis Morgan was born on September 22, 1942 in Mifflin County, Pennsylvania, ten months after the bombing of Pearl Harbor and the nearly simultaneous US declaration of war against Japan and Germany. During his earliest years, he saw uncles in uniform, wondered at his grandmother’s tears as she read letters from the front, and heard table talk about faraway places. His consciousness, however, was that of a little boy growing up on a decidedly rural dairy farm in a remote sector of Decatur Township secluded from the reality of battlefields. His awareness of international events was limited to the staccato CBS news reports he heard on the radio each morning in Joe McKinley’s General Store as he and his brother Keith awaited their school bus. In the ensuing years there were occasional suppertime comments about a relative or neighbor’s war experiences in the Philippines or France, but his parents’ and grandparents’ greater interests remained parochial throughout his boyhood, and his personal concerns seldom extended beyond baseball. The young boy in the pages that follow was innocent, much like John Greenleaf Whittier’s “barefoot boy with cheeks of tan.” Unlike that boy, however, he was introverted and introspective, characteristics that became more pronounced in his adolescent years as evidenced within the recollections on these pages.