The Alpha and Omega

The Beginning and the End of Biblical Interpretation 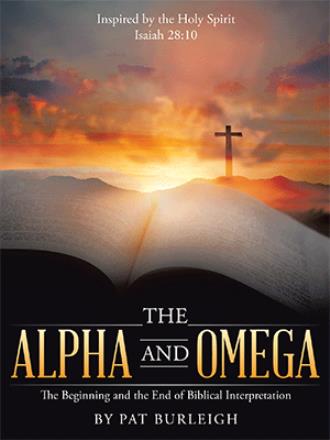 Revelation 1:11; Jesus speaking: I am the ALPHA AND OMEGA, THE BEGINNNING AND THE END, THE FIRST AND THE LAST.

Revelation 22:13; Jesus speaking: I am the ALPHA AND OMEGA, THE BIGINNING AND THE END, THE FIRST AND THE LAST.

“THE LORD/JESUS IS THE FIRST AND THE LAST”

Isaiah 44:6; This saith (says) the Lord the king of Israel, and his redeemer the Lord of host. I AM THE FIRST AND THE LAST; AND BESIDE ME THERE IS NO GOD.

Revelation 21:6; And he said unto me, It is done, I AM ALPHA AND OMEGA, THE BEGINNING AND THE END. I will give unto him that is athirst of the fountain of water of life freely.

REVELATION 1:8; Jesus speaking: I am the Alpha and Omega, the beginning and the ending says the Lord, WHICH IS, and was, and is to come, the Almighty (speaking of Jesus… Revelation 1:18)

“JESUS IS GOD AND ALWAYS WAS”

Hebrews 1:5-8; For unto which of the angels, did he say at any time, You are my Son (Jesus)? 6. And again when he brings in the first begotten into the world he says, And let all the angels worship him. 7. And of the angels he said, who makes his angels spirits, and his ministers a flame of fire. 8. BUT UNTO THE SON HE SAITH (SAYS),YOUR THRONE O GOD IS FOREVER AND EVER.

“JESUS IS THE GREAT I AM”

John 8:58; Jesus said unto them, Truly truly, I say unto, Before Abraham was I AM.

John 1:1, 14; In the beginning was the WORD (Genesis 1:3; God said let there be light… all that was created, was created by the word of God), and the WORD WAS WITH GOD, AND THE WORD WAS GOD. 14. And the WORD WAS MADE FLESH (JESUS), and dwelt among us, (and we beheld his glory, the glory as of the only begotten of the Father). Full of grace and truth.

REVELATION 1:8; Jesus speaking: I am the Alpha and Omega, the beginning and the ending says the Lord, which is, AND WHICH WAS, and is to come the Almighty (speaking of Jesus… Revelation 1:18).
“JESUS DIED: THEREFORE, HE WAS”

Matthew 27:50-52; Jesus when he had cried again with a loud voice, YIELDED UP THE GHOST (SPIRIT… HE DIED). 51. And behold, the veil of the temple was rent in two from the top to the bottom; and the earth did quake, and the rocks rent (split apart); 52. And the graves were opened; and many bodies of the saints which slept arose.

“JESUS ROSE FROM THE DEAD”
Matthew 28:1-7; In the end of the Sabbath as it began to dawn toward the first day of the week, came Mary Magdalene and the other Mary to see the sepulcher (tomb). 2. And, Behold, there was a great earthquake: for the angel of the Lord descended from heaven, and came and rolled back the stone from the door, and sat upon it. 3. His countenance (face) was like lightning, and his clothing was white as snow: 4. And for fear of him the keepers did shake, and became as dead men. 5. And the angel answered and said unto the women, Fear not: for I know that you seek Jesus, which was crucified. 6. He is not here: for he is risen, as he said, Come and see the place where the Lord lay. 7. And go quickly, and tell his disciples THAT HE IS RISEN FROM THE DEAD; and behold, he goes before you into Galilee; there shall you see him; lo, I have told you.

REVELATION 1:8; I am the Alpha and Omega, the beginning and the ending, says the Lord, which is, and which was, and which is to come THE ALMIGHTY.

Revelation 4:8; And the four beasts had each of them six wings about him; and they were full of eyes within: and they rest not day and night, saying, Holy, holy, holy, LORD GOD ALMIGHTY, WHICH WAS, AND IS, AND IS TO COME (SPEAKING OF JESUS).

Revelation 11:16, 17; This is the seventh angel… seventh trumpet: The kingdoms of this world become the kingdoms of our Lord, and His Christ… verse 15. 16. And the four and twenty elders, Which sat before God on their seats, fell upon their faces, and worshipped God, 17. Saying, We give thee thanks , O LORD GOD ALMIGHTY, which are, and was, and are to come; because you have taken to thee (you) your great power and have reigned.

This book is about the amazing revelation of God’s plan for the whole world.  He knows the end from the beginning.  The first part of the book encompasses all the aspects of salvation; and the consequences of not accepting his plan of salvation and obeying his word.  This is a wonderful eye-opening book that enables us to walk through the corridors of time until we see the New Heaven and earth.  It reveals the contrast between the Old and New Testament.  This book answers the question of predestination.  It also shows that the Father, Son, and Holy Spirit are one…. unequivocally.  It tells us what the definition of belief is.  Scripture interprets scripture.  With any doctrinal truth scattered throughout the Bible, when brought together according to topic, there can be no doubts of the truth of each doctrine.  Part two of the book is all about interpreting the book of Revelation.  Some of the scriptures have many topics.  There are seven topics in Revelation 1:4:  These are…. the seven churches; grace; peace; from him which is, and which was, and which is to come, and from the seven spirits:  I have capitalized REVELATION and each subsequent TOPIC.  The first time I write the scripture I do not put an asterisk in front of REVELATION.  After the initial scripture I put an * in the front of every scripture …. *REVELATION until all the topics have been exhausted.  EACH NEW SCRIPTURE IN REVELATION IS CAPITALIZED.

The author currently resides in Maine, where she spent the most of her life.  Pat accepted Christ as her Savior in 1974; and studied scripture for forty-six years.  In 1984 God inspired her to write a book about interpretation of the Bible.  In May of 1986 she had an offer to have it published, but she realized God had more work for her to do.  She spent thirty-seven more years continuing to study God’s word.  Then on November 17, 2013 God inspired her to write another book which was completed over seven years later, on, January 20, 2021.